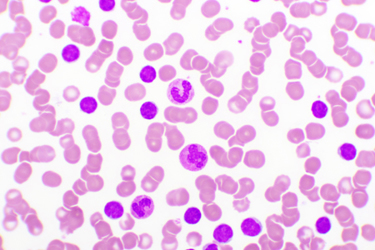 Chronic lymphocytic leukemia (CLL) is a type of cancer that starts in white blood cells in the bone marrow. CLL mainly affects older adults and accounts for about one-third of all leukemias. CLL is the most common leukemia in adults. The leukemia cells start in the bone marrow but then go into the blood. In CLL, the leukemia cells often build up slowly. Many people don’t have any symptoms for at least a few years. But over time, the cells grow and spread to other parts of the body, including the lymph nodes, liver, and spleen. CAR-T therapy has the potential to treat many cancers including CLL and lymphomas.

Over time, Cell & Gene has covered CAR-T therapy and CLL specifically, and the various documents are included in this article. First, Bob Levis, Director of the CLL Society, was diagnosed with CLL in 2002. Bob was one of the early experimental trial participants at Penn Medicine for Dr. Carl June’s CAR-T therapy, having received his genetically modified T-cells on March 12, 2013 and he was in complete remission for another 3+ years. So much more has happened since then. A recent episode of Cell & Gene: The Podcast features Bob, and he shares his journey with CLL and details not only his participation in clinical trial but also his extensive knowledge on CLL. (In fact, we’ve dropped a few podcast episodes featuring some of Penn Medicine’s best and brightest including CEO Kevin Mahoney and Dr. Bruce Levine.).

The FDA approved the Janssen Pharmaceutical Companies of Johnson & Johnson’s IMBRUVICA (ibrutinib) in combination with rituximab for the treatment of patients with CLL or small lymphocytic lymphoma (SLL), which are new to therapy, and the therapy Levis has been prescribed since 2017. The approval was based on positive results from the Phase 3 E1912 study that was designed and conducted by the ECOG-ACRIN Cancer Research Group (ECOG-ACRIN) and sponsored by the National Cancer Institute, part of the National Institutes of Health. According to the CLL Society, Ibrutinib is a small molecule inhibitor of Bruton’s tyrosine kinase (BTK). Upon oral administration, ibrutinib binds to and irreversibly inhibits the activity of BTK which prevents both B-cell activation and B-cell-mediated signaling. This action leads to an inhibition of the growth of malignant B cells that overexpress BTK. BTK is required for B-cell signaling, plays a key role in B-cell maturation, and is overexpressed in several B-cell malignancies, including CLL/SLL. The expression of BTK in tumor cells is associated with increased proliferation and survival.

Last year, as Levis explained in his article, his CLL came back with ALC increasing and one small swollen lymph node in his left clavicle. His BTK pathway has mutated. At the time, Ibrutinib still seemed to be working to slow CLL progression, but it was time for Plan E. Levis intended to sign up for another clinical trial on LOXO-305, a non-covalent binding BTK inhibitor, which seemed to be showing promising results in CLL. During Cell & Gene: The Podcast, Bob provides a detailed explanation of where he is in his treatment as of August 2021.

The Question of CT Scans

In addition to CAR-T therapy and ibrutinib et al, there is the question of CT scans. According to the CLL Society, patients in the trenches of Wait & Watch or Wait & Worry (W&W), conventional therapy and clinical trials, the argument exists that there is both an excessive use of CT scanning and a need to better define reasons for use of scanning in CLL. Excessive and unnecessary scans are unacceptable because ionizing radiation is potentially harmful, and it is cumulative. CT scanning is an important tool and a requirement for enrollment in promising clinical trials.

As Levis explains in his article, The Cumulative Risk Of Multiple CT Scans on Blood Cancer Patients Enrolled In Clinical Trials, until excessive and cumulative exposure to ionizing radiation from CT scans can be eliminated as a cause of acquired TP53 mutation and cancer progression, he proposes that the FDA permit biopharma companies to utilize MRI scans and/or MRD testing as alternatives to CT scans for clinical trial patients to assess the effectiveness of new therapies.