A CLL/CAR-T Story — A Patient's Perspective 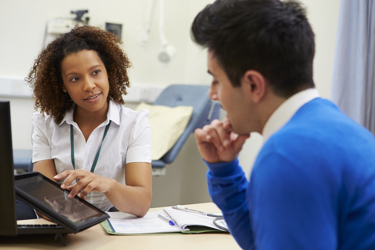 For many of us with chronic lymphocytic leukemia (CLL), the condition is always trying to come back. That has been my experience since being diagnosed in 2002. By 2012, following FCR in 2008, my CLL relapsed and converted to the more aggressive 17p- from 13q-. Perhaps the 17p- clone was underlying.

At that time, ibrutinib was showing remarkable results for the treatment of CLL. I signed up for a randomized trial (ofatumumab vs. ibrutinib) at Penn Medicine in Philadelphia. Unfortunately, the ofatumumab did nothing to halt the progression of my CLL and worse yet, Pharmacyclics was not crossing patients over to ibrutinib. By the end of 2012, my CLL was advancing rapidly with 30 palpable lymph nodes, a packed bone marrow and declining platelets (<50,000) and hemoglobin (<7.0).

I was in bad shape with 3-4 lbs of tumor burden. Fortunately, I was at Penn Medicine, which was opening the first CAR-T dosage trial following their CAR-T success with three CLL patients in 2010. I signed up for the CAR-T trial in 2013.

Following apheresis to collect my T-cells, I received my genetically modified CAR-T cells during March 2013. About a week later, I was hospitalized with flu-like symptoms. The cytokine storm reaction was intense and lasted for 8 days; I lost about 18 pounds. By day 10 the fever broke, and all 30 lymph nodes had returned to normal size. My bone marrow was also cleared and my platelet and hemoglobin counts slowly returned to normal range. A bone marrow biopsy a month later showed no detectable CLL cells — a complete remission! Needless to say, I was astonished at how quickly my CLL had been eradicated. I met with Carl June, David Porter, and members of their Penn Medicine research and medical teams shortly thereafter to thank them for saving my life.

Remember I said CLL is always trying to come back? Well, it did. By 2016 my CAR-T cells were undetectable and my CLL reemerged with slow progression but the 17p- clone was still there. I went on ibrutinib in 2017 which was now FDA approved and later that year entered a second CAR-T experimental trial at Penn Medicine. The second CAR-T trial went smoothly. My cytokine response was weak with only one day with a low-grade fever, no hospitalization necessary. It was almost as if I received a bad batch of CAR-T product or perhaps my T-cells were aged and not as active as before. I had a very low tumor burden due to the ibrutinib effect but still ~20% marrow infiltration. The result was a partial remission with the CLL in my bone marrow being reduced to <5% but the CAR-T cells that were infused into me died off with 2-3 months. I have been on low-dose ibrutinib (140 mg/day) since 2017.

It’s 2020 and my CLL is coming back with ALC increasing and one small swollen lymph node in my left clavicle. Turns out that my BTK pathway has mutated. Ibrutinib still seems to be working to slow CLL progression but time for Plan E. I plan to sign up for another clinical trial on LOXO-305, a non-covalent binding BTK inhibitor which seems to be showing promising results in CLL. I have a baseline bone marrow biopsy scheduled for November 9, 2020, before starting the trial. Venetoclax is an option, but I will keep that in reserve (Plan F) in case I need a salvage therapy in the event my CLL breaks through again, which from my experience, it will.

Ultimately, my plan is to buy time while biopharma and translational medicine genetic researchers perfect a CART or BITE solution to finally beat CLL. It will happen. In the meantime, I golf, bike, ski, enjoy time with grandchildren and look forward to a COVID-free world.