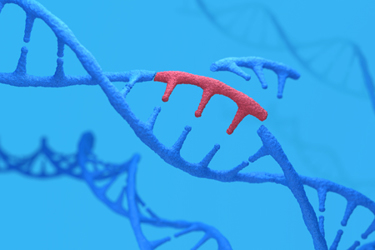 Back in 2020, Precision Biosciences’ Brent Rice, PhD, Director, Manufacturing Science and Technology and Damien Hallet Senior Director, CMC Operations and Strategic Planning wrote an article for Cell & Gene about how successful manufacture of allogeneic CAR T therapies depends on a gene editing technology that maintains the integrity of the T cells and ensures routine, reliable, and consistent production of CAR T batches with the goal of generating 100 doses or more from a single leukopak. Indeed, gene editing enzymes are large molecules that cannot disperse across the body like traditional small molecule drugs. This means that therapeutic genome editing is not a whole-body event, but one that targets specific cells and tissues where the gene that requires correction is active. It also means the therapeutic potential of any gene editing tool is tied to its ability to reach target cells and tissues and complete complex edits safely and efficiently. In their article, Rice and Hallet discussed how the company’s proprietary ARCUS genome editing technology incorporates two important features: a programmable nuclease targeting a highly specific DNA target site and a resulting DNA break that leaves clearly recognizable “sticky ends” that promote subsequent gene modification steps, making ARCUS an ideal technology for therapeutic use.

Precision also shared updates on its PBCAR19B and PBCAR269A candidates in development as potential allogeneic CAR T therapies for relapsed/refractory (R/R) patients with non-Hodgkin lymphoma and multiple myeloma, respectively. The results include efficacy across both the ASH and New Cohorts in that achieved 100% (11/11) ORR and 73% (8/11) CR rate among 11 evaluable subjects. Also, six subjects remain in ongoing response (up to 18+ months). Duration of response in the ASH Cohort is 50% (3/6) of evaluable subjects had a response duration greater than six months. Efficacy in the New Cohort in that among subjects treated with DL4b and reduced intensity lymphodepletion, 100% CR was achieved among evaluable subjects (5/53). In terms of adverse events of special interest comparison between the ASH and New Cohorts, there were no Grade 3 or greater cytokine release syndrome (CRS) was observed in either dosing cohort. One Grade 3 immune effector cell-associated neurotoxicity syndrome (ICANS) was recorded in each cohort that rapidly resolved to Grade 1 within 24 to 48 hours. Two Grade 5 events associated with late occurring encephalopathy suspected to be related to fludarabine-associated neurotoxicity occurred in the New Cohort. The company reported that there was no evidence of graft versus host disease in either cohort. Hematologic recovery comparison between the ASH and New Cohorts: Grade 3 or greater infections occurred less frequently in the New Cohort with one out of six (17%) subjects compared to four out of six (67%) subjects in the ASH Cohort. The data from Precision shows that the highest dose group of its allogeneic therapy may hold up against its autologous counterparts in terms of cell expansion.

Precision Biosciences will continue to keep its stake in the ground to be the first FDA-approved off-the-shelf CAR-T therapy with the aid of its gene-editing platform.