The Promising Future Of Oligonucleotides 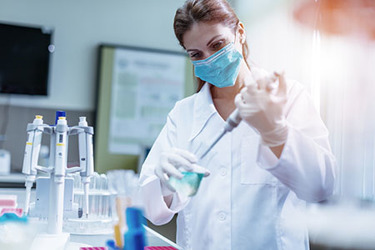 Episode 35 of Cell & Gene: The Podcast features Dr. Michelle Mellion, PepGen’s SVP Head of Clinical Development at Cambridge, MA-based biotech PepGen. In it, Dr. Mellion talks all about the company’s oligonucleotide therapeutics that were developed to treat severe neuromuscular and neurologic diseases, such as Duchenne Muscular Dystrophy (DMD). Oligonucleotides, in general, have been researched for many years. But approved DMD treatments haven't demonstrated strong clinical outcomes, but Dr. Mellion explains their pipeline of disease-modifying peptide-conjugated oligonucleotide candidates derived from the company’s Enhanced Delivery Oligonucleotide platform.  She also details the difference between gene therapy and oligonucleotide therapeutics during the episode by stating, “Oligonucleotides themselves modify gene expression, whereas gene therapy replaces the abnormal gene. And so, what is being delivered is what we’re calling naked oligonucleotides. They don't necessarily have anything attached to them. You're just infusing the oligonucleotides. The inherent pharmacokinetics of oligonucleotides is not that great for delivery into tissues of interest. We know that they are highly distributed to liver and kidney, but it’s a bit more difficult to deliver them into smooth muscle. And this is a known challenge of the field. And what makes PepGen’s technology different from those other exon skippers is we take those oligonucleotides, and we conjugate it to our proprietary peptide.”

Indeed, an increase in the number of candidates entering clinical trials and approvals have been observed, triggering increased demand for highly sensitive and robust quantitative bioanalytical methods to understand their pharmacokinetic profiles and metabolism. Conventional approaches for oligonucleotide bioanalysis involve ligand-binding assays (LBA) and fluorescence-based detection primarily due to achieving low detection limits.

In fact, U.S. Pharmacopeia (USP)'s Sarita K. Acharya and Christian Zeine wrote in a recent article for Cell & Gene that oligonucleotides have been researched for their therapeutic properties for decades and have surfaced in the past few years as promising therapeutic agents for treatment of various diseases including neurodegenerative disorders, respiratory disorders, cancer, and diabetic retinopathy. “There are several classes of nucleic acids being investigated for oligonucleotide-based therapies, such as antisense, small interfering RNAs (siRNAs), and aptamers.” From a regulatory perspective, Acharya and Zeine stated that while there is currently a lack of dedicated International Council for Harmonization (ICH), European Medicines Agency (EMA), or FDA regulatory guidelines that specifically address the quality aspect and expectations for synthetic oligonucleotide products, some successful programs built their strategy based on regulatory guidelines used for small molecules and synthetic peptides to define key quality attributes and to design analytical programs.

Last year, I talked to Susan Dillon, Ph.D., co-founder and CEO of Aro Biotherapeutics, a Philadelphia-based biotechnology company pioneering the development of tissue-targeted genetic medicines with a platform based on a proprietary protein technology called Centyrins. Aro is developing a new class of medicines called Centyrin-oligonucleotide conjugates where Centyrins can target the oligonucleotide to a specific cellular address.  In doing so, the company can overcome one of the greatest challenges in the RNA space, which is how to ensure that these promising therapies can achieve sufficient activity in extra hepatic disease tissues without causing excess toxicity in other tissues. “In our early studies in animal models, we’ve seen very promising gene modulation data working with both antisense oligonucleotides and siRNA,” states Dillon.

The future of oligonucleotides continues to be promising. In addition to treating rare neurological disorders, oligonucleotide therapeutics are now being developed to tackle infectious diseases such as hepatitis B virus (HBV) and SARS-CoV-2. They have the potential to improve the lives of millions of people and alter morbidity and mortality outcomes in multiple diseases and disorders that were previously uninsurable, particularly neurodegenerative diseases.