The Potential Of Ion Channel-Based Therapeutics 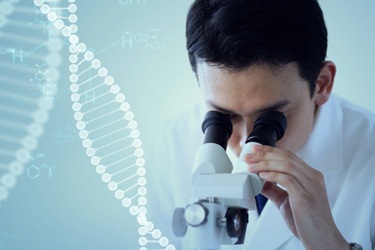 Saniona is a rare disease-focused biotech based in Massachusetts and Denmark. Jørgen Drejer, Founder and Chief Scientific Officer of Saniona brought me up to speed on the biotech’s targeted treatments for rare diseases, specifically within CNS / neurology. We also discussed potential of ion channel-based therapeutics and what they mean for the future of rare disease treatment.

Drejer: At Saniona, we’re focused on improving the lives of rare disease patients around the world through scientific innovation. More specifically, we are a clinical-stage biopharmaceutical company focused on discovering, developing and commercializing innovative therapies for patients suffering from rare diseases for which there are a lack of available treatment options. Our company was built on a foundation of more than 20 years of pioneering ion channel research, and we have designed a robust ion channel drug discovery engine and a library consisting of 130,000+ ion channel modulators, of which 20,000 are proprietary.

Our lead product candidate, Tesomet, is in mid-stage clinical trials for two rare diseases (Prader-Willi syndrome and hypothalamic obesity). We are also advancing multiple candidates from our ion channel program including SAN711 for the treatment of rare neuropathic disorders and SAN903 for the treatment of rare inflammatory and fibrotic disorders. SAN711 is in Phase 1 and SAN903 is in preclinical.

Explain how ion channels are a scientifically validated approach to treating disease — although 80% of them have yet to be accessed for drug development.

Drejer: Targeting ion channels has historically been difficult but pharmaceutical companies became more aware of the potential of ion channel modulation in the latter part of the 20th century. At that time, many ion channel-regulating therapeutics started to emerge, for a variety of uses and diseases – including local anesthetics and new treatments for diabetes, hypertension, epilepsy, anxiety and pain. As a result, nearly 18% of the small molecule drug market today consists of medicines that act on ion channels.

A key challenge with targeting ion channels is that it is difficult to design a drug that selectively will bind to and modulate the activity of a specific ion channel because they are so different from one another, and they are constantly changing properties. Unlike traditional small molecule targets, which share significant structural similarities, ion channels are substantially more heterogenous.  Benzodiazepines are one well-known example of ion channel modulators that were widely adopted since the 1960s to treat disorders such as anxiety, sleep deprivation and epilepsy. It was only later discovered that benzodiazepines acted through GABAA receptors, and that they interacted indiscriminately with most of the broad diversity of GABAA receptors, which in high doses led to significant side effects.

Thus, as the complexity of these drug targets became evident and significant side effects emerged, development of ion channel-targeting therapies slowed. There was a general feeling in the field that selectivity was too difficult to achieve and that we had advanced as far as possible to target these proteins based on scientific understanding and the technology available – even though so many had never been targeted effectively.

However, over the last two decades, characterization of ion channels has expanded exponentially along with vast improvements in genomics, protein crystallography and integration of data with computational power to enhance drug discovery. We now have the tools to overcome the limitations of the past to develop novel therapeutics that target ion channels with high specificity and few side effects.

Drejer: Many rare diseases have few treatment options if any at all. There are approximately 7,000 identified rare diseases, but less than 10% have an FDA-approved treatment.

Targeting ion channels may hold the key to developing treatment options, especially for the CNS, since many of the rare CNS diseases are caused by mutations in specific ion channels. There are hundreds of ion channel targets in the brain, and we now have the tools to help us develop novel therapeutics that target ion channels with high specify to treat several CNS-related conditions and with fewer side effects, which would significantly improve patients’ lives.

Explain the trend of companies emerging to unlock the potential of ion channels with growing biotech momentum and interest in the space after years of research.

Drejer: From my perspective, the field needed time to better understand and improve targeting of ion channels. Today, with greater knowledge and more tools, we can reexamine the potential of ion channels and pave the way for new highly specific, potent, and safe ion channel-based therapeutics that will address medical needs, especially for rare disease. Saniona is one example of a biotech company that has emerged to focus on ion channels. Many of the larger pharmaceutical companies have historically shown strong interest in ion channels and several of them such as Boehringer Ingelheim are now picking up again in the field. And there have also been some other biotech companies forming recently with ion channel programs, such as Cerevel Therapeutics and Engrail Therapeutics.

Explain how scientists are advancing pre-clinical assets emerging from proprietary ion channel platforms and what this means for the future of rare disease treatment.

Drejer: Take Saniona, for example. As I mentioned, we’ve leveraged our expertise and ion channel drug discovery engine to generate a library of more than 20,000 proprietary ion channel targeting molecules. We tested thousands of compounds before identifying several to advance into clinical development.

Saniona’s SAN711, currently in Phase 1 clinical trials, is a potentially first-in-class positive allosteric modulator of GABA-A α3 receptors in development for rare neuropathic disorders. SAN711 was designed using our ion channel discovery engine to potentiate with high selectivity GABA responses via the α3 subunit of the GABA-A receptor and has the potential to provide pain relief and other benefits in the CNS with fewer side effects that benzodiazepines, which hit all the GABA-A receptors indiscriminately and, in high doses, have been found to cause significant side effects.

Similarly, SAN903, a potential first-in-class inhibitor of the calcium-activated potassium ion channel, is currently in preclinical development for the treatment of rare inflammatory, fibrotic and hematological disorders. The calcium-activated potassium ion channel, KCa3.1, is important for activation of immune cells in the brain and other tissues, and it is also involved in the abnormal production of connective tissue that can lead to fibrosis in chronic diseases. Saniona leveraged its ion channel drug discovery engine to precisely target inhibitors of KCa3.1.

Like many others exploring ion channels, we plan to continue advancing promising compounds as we work to transform innovation into medicine that improves the lives of rare disease patients around the world.