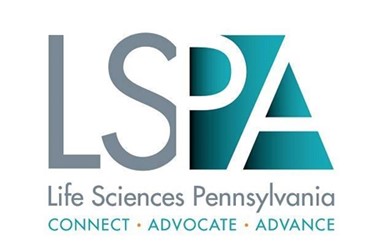 Last week I attended Life Sciences Pennsylvania’s (LSPA) CRO & CMO Summit, which was held at West Pharmaceutical Services. For those of you unfamiliar with it, LSPA is the trade association for the Commonwealth’s life sciences community. LSPA represents biotechnology, medical device, diagnostic, pharmaceutical, research, and investment entities, along with many service providers that support the industry.

Dr. Usman “Oz” Azam, president and CEO of Tmunity Therapeutics delivered the Keynote titled, “The Next Generation of T-Cell Immunotherapy. Some of Azam’s top points included:

Van Winkle stated that the major challenges associated with clinical trials and manufacturing of cell and gene therapies is how to commercialize at scale, as the speed of Phases 1 through 3 are basically combined. Therefore, proper planning, teamwork across the organization, and partnering with clinical teams is paramount.

When panelists were asked to explain their criteria for CRO and CMO partnership, Van Winkle stated that no one company has the exact experience Adaptimmune needs. As such, Adaptimmune partners with companies that align with their core values and overall mission. And the partnership needs to be mutually beneficial.

Malicki explained that Wuxi implements valuable technical meetings up front to determine whether the partnership will be a good fit. Also, if it is deemed that the product will not work, Wuxi will decline. Early phase clients need a great deal of support, which is one of the reasons why the early-stage meetings are paramount to determining future success.

When asked how their companies recruit and retain talent, Van Winkle asserted that jobs swaps and job shares within companies as well as a good company cultures are imperative. The panelists joked that many companies in the sector swap employees, as there is so much opportunity and that such is the case in the Greater Philadelphia Area.

Malicki explained that investment in internal training and operational excellence programs are keys to retaining top talent. Also, she suggested that companies streamline their administration processes to enable quick but effective hiring.

Finally, Dr. Lyness stated that West Pharmaceutical Services trains existing staff that aren’t familiar with cell and gene therapies. This helps to keep everyone abreast of the evolution of the sector and its importance to their current job roles.