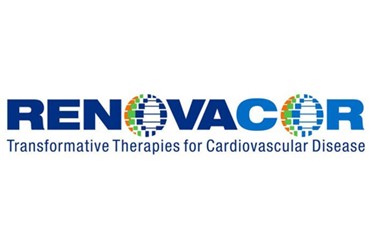 Dilated cardiomyopathy (DCM) is a condition that affects more than 3 million patients in the U.S. Recently subpopulations have been identified that develop DCM due to mutations in specific genes that have been shown to result in the development of DCM. One of these specific genes is the Bcl2-associated athanogene 3 (BAG3) gene.

According to Renovacor, headquartered in Philadelphia, is a preclinical‑stage biopharmaceutical company focused on developing transformative gene therapy-based treatments for cardiovascular disease, the prevalence of disease causing BAG3 haploinsufficiency is estimated at approximately 35,000 individuals in the United States, representing an orphan disease by FDA guidelines. It is estimated a similar number of DCM patients with BAG3 mutations exist in Europe. These patients are typically younger and progress to end stage heart failure sooner than patients with ischemic heart disease. Currently DCM patients with a BAG3 mutation are treated with standard of care for heart failure. Despite improvements in pharmacotherapy and care, the five-year survival of a patient with DCM is only 50%. Development of a BAG3 gene replacement therapy for patients with DCM that carry BAG3 mutations could potentially prevent progression of disease in this otherwise healthy population of young adults.

As such, Renovacor recently announced the successful completion of an $11 million Series A financing co-led by Novartis Venture Fund, Broadview Ventures, and BioAdvance, and joined by New Leaf Venture Partners and Innogest Capital. The foundational understanding of BAG3 mutations and Renovacor’s gene therapy product are based on 10 years of research performed by Dr. Arthur Feldman, MD, PhD, the Laura H. Carnell Professor of Medicine (Cardiology) at the Lewis Katz School of Medicine Temple University. Proceeds from the Series A financing will be used to advance the Company’s first-of-its-kind gene replacement therapy through filing of an IND in preparation to initiate human clinical trials in DCM patients who have mutations in their BAG3 gene.

The release goes on to state that there are currently no precision medicine options for cardiovascular patients with specific genetic mutations — a deficiency that Renovacor hopes to address. I reached out to Dr. Maggie Cook, President and CEO of Renovacor to explain how Renovacor plains to learn how Renovacor plans to address this deficiency. “Dr. Arthur Feldman, our scientific founder, identified a population that develops dilated cardiomyopathy due to a mutation in the BAG3 gene that results in haploinsufficiency of that gene,” Dr. Cook explains. “By developing a gene therapy to replace the missing BAG3 gene, Renovacor will restore the function of the gene and prevent the development of dilated cardiomyopathy in this group.”

If Renovacor’s gene therapy development is successful, patients with DCM can expect drastic health improvements. Dr. Cook explains that currently, patients with a dilated cardiomyopathy secondary to a genetic mutation are treated with the standard of care that is applied to the general heart failure population. While the standard of care has been shown to prolong survival and decrease hospitalizations, the overall survival of patients with heart failure remains low and patients progress to cardiac assist devices and/ or transplant. “Renovacor’s gene replacement therapy aims to alleviate symptoms of heart failure in the near term and prevent the progression of disease over the long term — thus offering a one-time potentially curative treatment for this otherwise healthy population of young adults,” says Cook.

According to Dr. Cook, industry can expect the gene replacement therapy to be moved to the clinic. “We project the completion of our IND-enabling preclinical work over the next two to three years and hope to be in the clinic within three years,” she states.