Pricing Reimbursement Recap From Meeting On The Mesa 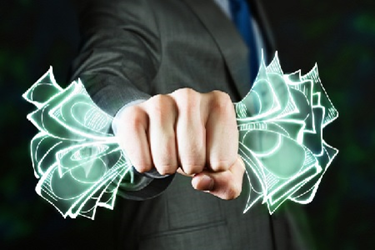 Valuable feedback on the various aspects of commercialization were covered. For the sake of this recap, Lennon and Philip responded to a question about pricing reimbursement, and their responses were noteworthy. Patterson asked the panelists about perceptions and suggestions on how to engage with the various constituents in their conversations leading to pricing reimbursement — whether that included a private payer or a health authority, or organizations such as NICE or ICER, which have recently had a high profile role in the conversation about pricing.

Lennon explained that AveXis started their journey very early, knowing from the outset that the company had a transformational medication. “We also knew that when you look at it from a health economics point of view, it creates tremendous value in the system,” Lennon explained. “And, so, the question was then how do you recognize the value, and then price the product appropriately?” To do so, AveXis started in Medicaid very early and started with the discussion about the tool’s purpose. How do you prescribe a value for this kind of product that is gives a lifetime of potential benefit — that transforms from death to life at a very early age? The company mindfully considered the value that can be derived from the product. “At a very early point in time, we had engaged with and had people working for us who had deep knowledge, deep partnership, and deep understanding of how payers like NICE, like ICER, like insurance companies would respond to this kind of discussion,” Lennon said. “We built all the models before we started having discussions. And we knew what their own valuation was showing for this potential product.”

AveXis also engaged with ICER early. They were evaluated before approval. Ultimately, at launch, the company was able to garner a generally neutral statement.

Ron Philip explained that Spark Therapeutics faced unique challenges, including that the company was just starting out, and it was not a commercial company. The payer community didn't know Spark at that time. The payer community also didn’t know gene therapy — Luxturna was the first gene therapy drug in the U.S. market.  “We were conscious that there was a big lift that needed to be done,” said Philip. “We had early dialogs with payers to explain gene therapy to them and then IRD. We didn't try to do that all at once.”

Philip recommends to anyone thinking about launch to go early, talk to them, absorb that feedback, and try to incorporate it in many ways. “We ended up going with a hybrid approach,” stated Philips. “We couldn’t go fully-collaborative, because we were in the process of filing with the FDA. There was a tremendous amount of data going back and forth, and we couldn’t share all of it. But we felt like it was the responsible thing to do to assist them in their evaluation — to be able to get to a point where we were providing feedback, whether it was on methodology, the standards of care, or the natural history of the disease. To be as informed as possible so they could make the best judgment or the best determination from their point of view.”

Philip went on to explain that he doesn’t believe this approach holds true for all gene cell therapy influences in that if companies can actively evaluate it on a case-by-case basis, it's largely going to be dependent upon the set of dynamics that are involved specifically the number of competitors; the previous set of therapies that are on the market. “It’s very much a ‘wait and see’ approach until you process all of the dynamics before you decide how collaborative you’re able to be in that process.”