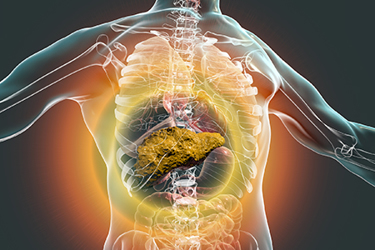 Omega Therapeutics received IND clearance from the FDA to begin trials evaluating its precision approach to epigenetics. Traditional epigenetics companies use small molecules to target proteins that control epigenetic marks across the genome, which can lead to non-specific changes in gene expression. Omega’s mRNA-based approach uses engineered proteins, called Omega epigenomic controllers (OECs), that can directly manipulate the epigenetic profile of a single gene to turn its expression up or down. Mahesh Karande, CEO of Omega Therapeutics, answered my questions about Hepatocellular carcinoma (HCC), the most common type of primary liver cancer, OTX-2002, an Omega Epigenomic Controller™ (OEC) in development for the treatment of HCC that just received IND clearance from the FDA, as well as his take on the future of mRNA on cell and gene therapies.

Hepatocellular carcinoma (HCC), the most common type of primary liver cancer, is the fourth leading cause of cancer-related deaths in the world. HCC usually develops in the setting of chronic liver disease, particularly in patients with cirrhosis due to hepatitis B or C infection, alcohol use or non-alcoholic steatohepatitis and can spread to other organs. Several mechanisms contribute to the development of HCC, including inflammation and fibrosis, and ongoing research shows a role for genetic and epigenetic changes mediating disease progression.

The current standard of care for HCC includes liver transplant, which unfortunately is limited by supply of donor organs, surgery, radiotherapy, and systemic therapy with chemotherapeutic agents or biologics. While these approaches show efficacy in early HCC disease, advanced disease is resistant to treatment and many HCC cases are discovered late. As such, overall survival prognosis remains poor, with overall 5-year survival less than 50%. In advanced metastatic disease, 5-year survival is less than 5%, highlighting the pressing need for new therapeutic approaches for these patients.

OTX-2002 is a first-in-class Omega Epigenomic Controller™ (OEC) in development for the treatment of hepatocellular carcinoma (HCC) that just received Investigational New Drug (IND) clearance from the FDA. Specifically, it is an mRNA therapeutic and is engineered to downregulate c-Myc (MYC) expression to normal range for a programmed duration, pre-transcriptionally through epigenetic modulation of the MYC Insulated Genomic Domain (IGD). It is delivered via lipid nanoparticles (LNPs).

MYC is an oncogene and essential master regulator of cell function, and its dysregulation is present in &GT50% of all cancers. In HCC specifically, the MYC oncogene is associated with aggressive disease in up to ~70% of patients. To date, MYC has been considered historically undruggable because the MYC protein lacks a structured binding pocket, and the gene is tightly autoregulated. Attempts to target the protein or the mRNA have been unsuccessful likely because in face of autoregulation the “drug” potentially loses therapeutic index. In other words, when the MYC gene senses its protein or mRNA under attack, it continually autoregulates and compensates for the loss of protein and mRNA. At one point, there isn’t enough “drug” that can be safely administered to realize required efficacy. We believe our epigenomic programming approach overcomes this challenge with a controlled level of downregulation. We do not completely abrogate MYC expression thereby potentially obviating autoregulation. Our approach also spares healthy cells in which MYC is not dysregulated. Additionally, due to programmed durability of downregulation, OTX-2002 does not need to be resident in the system for the entire length of time that it delivers therapeutic effect.

OTX-2002 has demonstrated the ability to inhibit cancer cell and tumor growth in preclinical studies and we look forward to initiating a Phase 1/2, first-in-human, clinical study evaluating this candidate for the treatment of HCC.

While cancer is a poster child for epigenetics, our programmable OECs act with high specificity to durably tune single or multiple genes to treat and cure diseases through Precision Genomic Control. We currently have OECs in development for diseases with high unmet need spanning oncology, regenerative medicine, multigenic diseases including immunology, and select monogenic diseases, including alopecia.

Why are programmable mRNA therapeutics critical to the CGT sector as well as the patients it serves?

Most diseases occur because of genetic dysregulation but the previously existing therapeutic toolbox to address these remains limited. Our approach to engineering mRNA therapeutics as a new class of programmable epigenetic medicines enables unprecedented control of gene regulation and cellular function.

At Omega, our epigenomic programming approach replicates the fundamental mechanisms of epigenetics (how nature controls gene expression and cellular programming), which we refer to as nature’s “operating system.” This enables us to control the epigenetic changes that influence gene regulation and cellular function, making it a promising frontier for genetic medicine.

For patients, leveraging the power of epigenetics or nature’s operating system, and applying mRNA medicines in this way, creates a potentially safer and more effective opportunity to treat a broader range of diseases than previously possible. For the CGT space specifically, our programmable mRNA therapeutics, Omega Epigenomic Controllers (OECs), act pre-transcriptionally and control gene expression at the highest level of the central dogma of biology and create medicines for which the delivery approach is tailored to the disease. Our Omega Epigenomic Programming platform has enabled rapid screening and highly predictive modeling of our OEC candidates which can ultimately reduce drug discovery timelines and potentially bring medicines to patients in need faster.

What should Cell & Gene’s audience better understand about the future of mRNA as it applies to cell and gene therapies?

The future of mRNA-based therapies is extremely promising with potential applications in cancer immunotherapies, infectious diseases as we have seen with COVID-19, and cell and gene therapies. Omega aims to harness the full potential of mRNA and epigenetics by advancing a new class of programmable epigenetic mRNA medicines called Omega Epigenomic Controllers (OECs) that are the first of their kind. These medicines durably control gene expression for single or multiple genes and return them to normal expression without making permanent nucleic acid sequence changes, which make them potentially safer.

These mRNA medicines are only transiently present while the length of the effects can be modified depending on a disease’s needs. Applying the benefits of mRNA-based therapeutics, with the engineered specificity, tunability and control of duration as shown with our OECs, is predicted to potentially circumvent safety concerns associated with other gene therapy or gene editing techniques.