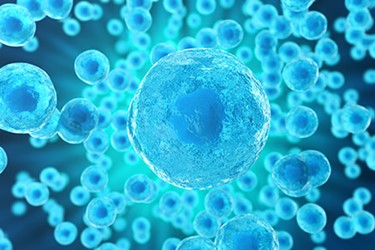 What is the significance of the positive topline results from the Phase III BRIDGE open-label switch-over study of pegunigalsidase alfa for the treatment of Fabry disease?

The importance of the result is that substantial improvement in annualized eGFR slope from pre-switch to post-switch after 12 months of treatment was observed with a clinically relevant mean change. This switch from Replagal® to pegunigalsidase alfa indicates that pegunigalsidase alfa is well tolerated, with all adverse events being transient in nature without sequelae.

The results of this interim analysis showed that pegunigalsidase alfa is an effective and well tolerated treatment in adult Fabry patients, and is in line with the previous Phase 1/2 study in treatment-naïve Fabry patient population. The BRIDGE study successfully met its main objectives for efficacy and safety with respect to the switch-over from Replagal to pegunigalsidase alfa, as demonstrated by kidney function and evaluation biomarkers follow up.

What is the ProCellEx plant cell-based protein expression system, and what role does it play in the study?

Pegunigalsidase alfa is produced in plant cells in suspension which support a controlled glycosylation profile and a mammalian virus-free production system. In its post-purification form, the plant cell, pegunigalsidase alfa is PEGylated which meets our objective of generating a novel ERT for treating Fabry disease to address the still unmet clinical needs for having a more efficacious and safer Fabry disease therapy. Our design of the enzyme results in greater enzyme stability, an extended bioavailability profile, enhanced uptake in disease relevant tissues, lower immunogenicity, and is applicable for the treatment of the entire Fabry patient population, male sand females, and carrying all mutations. These results further support the intended treatment pattern providing continuous functional enzyme throughout treatment intervals.

From a business perspective, what is significant about the topline results?

The results indicate that switching from the Replagal ERT to the pegunigalsidase alfa ERT demonstrate an improvement in kidney function, representing a potentially significant delay in reaching ESRD in this patient population across genders. The magnitude of the observed treatment effect exceeds the threshold of clinically relevant changes recently recommended in the European Expert Consensus Statement consolidating the therapeutic goals in Fabry disease. We believe that although the trial was designed as an open-label study aiming to show safety, the clinical results will serve as evidence and assist in our penetration campaign vis-à-vis physicians and third-party payers. This is another important piece of the broader clinical program which eventually aims to show superiority in renal function over existing treatments.

What can North American biotechs extrapolate from this news?

The results of the BRIDGE study are an important piece of both our upcoming BLA submission and our MAA submission, supporting the safety and efficacy of pegunigalsidase alfa in the whole spectrum of adult Fabry patient populations.