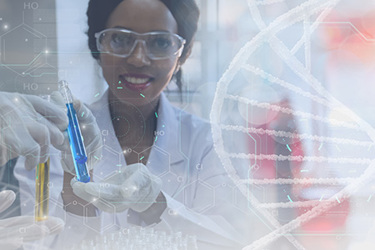 Mustang Bio recently reported a favorable safety profile suitable for outpatient treatment and a high complete response rate, including patients with Waldenstrom macroglobulinemia and those who received prior CD19-directed CAR T therapy. The company expects to dose the first patient in a multicenter clinical trial this quarter. I caught up with Manuel Litchman, M.D., President & CEO, Knut Niss, Ph.D., CTO, Bruce Dezube, M.D., SVP & Head of Clinical Development at Mustang Bio to better understand their Phase 1/2 clinical trial of MB-106 as well as the company’s other ongoing clinical trials, and more.

The updated interim data begin to address some of the most important questions that investors have had since Dr. Shadman first presented data from this ongoing Phase 1/2 clinical trial of MB-106 at ASH 2020:

It should be noted that the Phase 1 design of Mustang’s 6-center trial is such that there will be 3 independent dose escalation arms, which will ensure that we do not enroll a preponderance of FL patients, as is currently happening in the Hutch trial:

We believe that we have already shown the possibility of outpatient administration of MB-106 therapy.  To date, all the events of cytokine release syndrome and neurotoxicity have been low-grade – Grades 1 and 2. This favorable safety profile should make MB-106 therapy suitable for mostly outpatient therapy.  Outpatient treatment has two major advantages:

The release states that CAR T expansion was observed across all dose levels. Explain in detail what this means for the patient.

This is a very important point. We aim to produce a specific dose of CAR-T cells. However, transduction efficiency and cell expansion can vary from lot to lot. Even with a consistent manufacturing process, such variations are expected to occur. The good news is that we have been able to expand the CAR-T population across all dose levels in all patients to date despite these expected variations.

Walk us through Mustang Bio’s other ongoing clinical trials.

In addition to the MB-106 program, the 2 programs that we are most excited about are the XSCID (bubble boy disease) gene therapy program and the combination CAR-T + oncolytic virus program for glioblastoma & anaplastic astrocytoma – highly malignant brain tumors.

These 2 programs are largely de-risked, having achieved an excellent safety profile across almost 40 patients and 100% reconstitution of T cells without any subsequent loss of T cell function or number.  With Phase 1 complete for each of these programs, Mustang intends to initiate pivotal non-randomized Phase 2 multicenter trials under its IND in 3Q2022 for MB-107 and in 1Q2023 for MB-207.

The hypothesis, then, is that we can turn patients’ tumors hot with intratumoral injections of the oncolytic virus, then follow it with multiple sequential doses of IL13Rα2 both into the cavity of the resected tumor recurrence as well as into the ventricular space, as COH has already done in its completed phase trial.

What might the CGT sector expect from CAR T cell therapies in the next few years?

We should expect several important developments in the CAR-T field over the next few years. For one, since efficacy of CAR-Ts in the solid tumor setting has been so far unsatisfactory, several new approaches underway now or anticipated in the near future will shed light of how to approach solid tumors with CAR-Ts. For this, combination therapies will be a key to a better understanding of CAR-T function in this setting. While checkpoint inhibitors are already studied in combination with CAR-T therapy, novel approaches such as using an oncolytic virus to turn tumors “hot” (causing infiltration of resident T-cells) will further drive the understanding of CAR-T function in the solid tumor space.

Furthermore, now that commercial CAR-T therapies are available with thousands of patients treated, one can be hopeful that the understanding of what drives efficacy of a CAR-T will greatly advance, leading ultimately to even better CAR-T products. Finally, thanks to new technologies we can expect a significant reduction in cost, allowing for a broader patient population to benefit from these therapies.