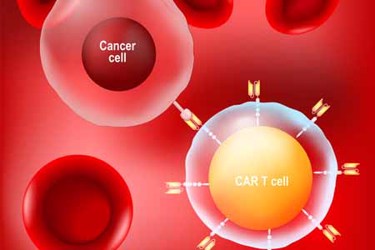 According to Ghassemi, this innovative approach shifts the CAR T manufacturing paradigm by simplifying, expediting, and making CAR T cell therapy more affordable. “Eliminating the activation and long expansion phase will preserve the intrinsic stem-like properties of CAR T cells yielding enhanced replicative capacity and highly potent CAR T-cells,” she states. “Accelerating the process to just 24 hours will benefit patients tremendously, especially patients with progressive disease who otherwise lose the chances of the benefit of CAR T therapy. Reprogramming quiescent T cells with CARs and redirecting their specificity against cancer antigens will reduce the culture process to less than 24 hours, essentially a “point of care” proposition that will yield measurable translational value within the field of cellular therapy by simplifying, expediting, and making CAR T cell therapy more affordable. We are excited about these advances and broadening its appeal to other malignancies and gene therapies. For example, this approach has great value in delivering genes to human stem cells, while eliminating their differentiation that comes with activation and culture,” states Ghassemi.

According to Penn Medicine, prior to their study, the cell manufacturing process for CAR T cell therapy that was pioneered at Penn typically takes 9 to 14 days. Traditional manufacturing approaches require T cells to be stimulated in a way that induces the cells to replicate and expand in number.  A key to the Penn researchers’ manufacturing approach is the lentiviral vector that delivers the CAR gene to the T cells. Lentiviral vectors, which are derived from the human immunodeficiency virus (HIV), can transfer genes like the CAR to cells without the need for this initial “activation” step, but the efficiency of this process was low. Using engineering approaches that built in part upon knowledge of how HIV naturally infects T cells, the Penn researchers developed a way to overcome this requirement for T cell activation and deliver genes directly to non-activated T cells freshly isolated from the blood. This had a dual benefit of expediting the overall manufacturing process while also maintaining T cell potency. Patients are not being infected with HIV through this process. Per Penn’s statement, the process of engineering T cells is costly and time-intensive since the treatment must be manufactured for each individual patient. Their team hopes that cutting manufacturing time could make the therapy more cost-effective and accessible to more patients.