Expression Therapeutics' In-House Manufacturing Model — How And Why 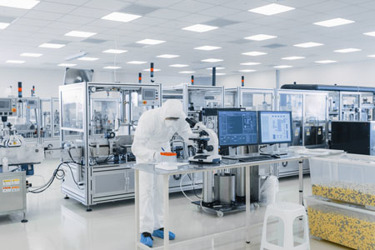 Just recently, Expression Therapeutics announced the appointment of Bill Swaney as its Vice President of Manufacturing. The company’s press release addressed that under Swaney’s leadership, the manufacturing team has not only its own therapeutic pipeline but also in-house manufacturing with its upcoming 43,000 square foot manufacturing facility in Cincinnati, OH. “The facility will manufacture lentiviral (LV), retroviral (RV), and adeno associated viral (AAV) GMP vectors, with a mix of 30-180 liter runs in cell stacks and up to 1,000 liter runs in bioreactors, and will have the capability to manufacture up to 100 GMP vector products per year. Additionally, it provides the necessary infrastructure to fulfill Expression Therapeutics' ex vivo cell processing and recombinant protein production needs. Expression Therapeutics is using prefabricated PODs from G-CON Manufacturing, Inc. for its ISO Class 7 cleanroom suites.”

I caught up with Swaney for his input on why Expression Therapeutics is building its own clean room and the benefits of doing so.

“Our lead candidate, CD68-ET3-LV, a lentiviral vector for the treatment of hemophilia A, has been manufactured, certified, and a Phase 1 Study has been approved by the FDA,” says Swaney. Recent clinical successes with concomitant regulatory approval of several prominent ATMPs have resulted in hundreds of new ATMPs entering product development, most with aggressive timelines for clinical trial initiation. This surge has strained all areas of ATMP manufacturing.

The facility design is comprehensive with adequate laboratory space, an independent cell processing area, early phase GMP vector manufacturing area consisting of modular cleanrooms, and a separate area for support of commercial manufacture for both their viral vector and protein products. “We see several direct benefits to having our own in-house manufacturing capabilities,” says Swaney. “The primary benefit is having direct control over our viral vector and cell manufacturing. Additionally, we have maximal flexibility to change manufacturing schedules as product development or demand changes.”