DTx Pharma And The Near-Term Future Of RNA Therapeutics 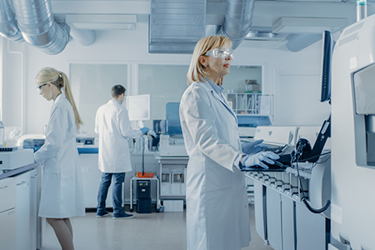 RNA therapeutics, like siRNA and antisense oligonucleotides, are powerful therapeutic modalities that can theoretically inhibit the expression of any disease-causing gene. Because they act directly on the message, mRNA transcripts, they can access many drug targets that are undruggable by small molecules or protein-based therapeutics. However, the advantages of oligo therapeutics have not been fully leveraged to date because they are limited by poor biodistribution and cellular uptake. For example, siRNAs are cleared too quickly by the kidney to be efficacious, meaning they never have the chance to reach tissues like peripheral nerves, muscles and the heart, and they are not efficiently taken up by cells without a chaperone.

DTx Pharma was inspired in part by experiences drugging fatty acid receptors for metabolic indications and separately, leveraging fatty acids to extend the half-life of peptide therapeutics for diabetes (i.e. insulin, GLP-1). I came to know about the RNA therapeutics delivery challenge while at Regulus Therapeutics. A careful review of previous approaches to leverage fatty acids to overcome RNA delivery challenges revealed that some of the key learnings about the way fatty acids interact with receptors or transporters on cells to gain entry and the way fatty acids interact with albumin to promote biodistribution when coupled to a peptide weren’t considered in a sophisticated way.  DTx was founded on the idea that fatty acids were an underexplored approach to overcoming the delivery challenge and unlocking the great potential of this class to reverse genetic diseases.

DTx is currently applying its technology platform FALCON to treat peripheral nervous system, muscular and CNS disorders, with plans to expand to additional therapeutic areas. Explain FALCON  and how this platform can be used to treat genetic diseases.

FALCON siRNAs are comprised of 2 RNA strands; the passenger strand to which the fatty acid motif is attached and the guide strand which acts as a template for interacting with target messenger RNA or mRNA. Upon delivery of the FALCON siRNA into the bloodstream, the attached fatty acid motif binds to albumin and other circulating blood proteins which serve as chaperones to carry the siRNA throughout the circulation.  This prevents rapid clearance of the siRNA by the kidney and enables it to circulate for prolonged periods so it can distribute more evenly throughout the body. Upon reaching the target tissue, the FALCON siRNA dissociates from albumin and interacts with fatty acid receptors which translocate the siRNA into the cell.  Once within the cell, the siRNA, interacts with its target mRNA via the RNA-induced silencing complex (RISC).  This subsequently leads to cleavage and triggers subsequent degradation of the target mRNA, ultimately reducing the expression of the disease-causing proteins.

To date, we have completed rodent and NHP studies evaluating FALCON for therapeutic targets in the peripheral nervous system and muscle. In these target tissues, FALCON siRNAs have demonstrated potent and durable repression of target genes, achieved a good safety profile and have been delivered through multiple routes of administration (IV, SQ, IT, IVT).  We also have excellent preclinical proof of concept data in CNS tissue with FALCON siRNAs delivered IT.  Our current portfolio of FALCON siRNAs is focused on peripheral nervous system, muscle and CNS diseases. We also have early and encouraging preclinical target repression data in skin, heart and lung tissue, demonstrating a rich opportunity to develop new treatments for diseases in many therapeutic areas that were previously untreatable with RNA therapies.

Explain the lead program DTx-1252 for Charcot-Marie-Tooth Disease Type 1A.

Our lead program is a first-in-class FALCON siRNA therapeutic called DTx-1252 for Charcot-Marie-Tooth Disease Type 1A (CMT1A). CMT1A is the most common inherited neuromuscular disease affecting 150,000 patients in the U.S. and E.U. There are no approved therapies and no therapies in clinical development that directly address the underlying genetic lesion.

CMT1A is a severe peripheral neuropathy driven by duplication and overexpression of the PMP22 gene in Schwann cells.  Excess PMP22 prevents myelination of peripheral nerves, leads to poor neurotransmission and causes symptoms including progressive muscle wasting, neuropathic pain, difficulty walking and, eventually for many, an inability to live independently, leading to a significant and debilitating impact on patient lives.

Our lead candidate DTx-1252 reverses CMT1A in a mouse model that faithfully recapitulates the genetic and clinical manifestations of the disease by repressing PMP22, remyelinating axons to normal levels and increasing muscle mass, grip strength, coordination and agility. We anticipate moving DTx-1252 into clinical development in 2023.

It’s worth noting that CMT1A has a tractable clinical path.  We can study target engagement (inhibition of PMP22), and evaluate neurotransmission as a means of assessing re-myelination ahead of improvements in muscle function and there are numerous biomarkers.  We are very lucky that a group called the INC, Inherited Neuropathies Consortium, has aggressively sought to understand the natural history of CMT1A and developed tools to support rapid proof of concept in the clinic.

What advantages does siRNA have over other RNA modalities?

Potency, safety, and durability! The two major RNA modalities that repress gene expression are antisense oligonucleotides (ASOs), which are short single-stranded oligonucleotides, and siRNAs, which are double-stranded oligonucleotides. For our FALCON platform, DTx Pharma deliberately chose siRNAs over ASOs because siRNAs are 10-to-100-fold more potent and have a longer duration of action that can last upwards of a year or two in some applications after a single injection.  Another important advantage is that siRNAs tend to be safer than ASOs, which require significant phosphorothioate chemical modifications to increase stability but that also increase off-target toxicity.  In contrast, siRNAs require fewer such modifications, leading to better safety in the clinic.  Additionally, these siRNAs can be manufactured at a relatively low cost.

What is the near-term future for RNA therapeutics?

The field of RNA therapeutics is rapidly growing due to recent successes including nusinersen, a splice switching ASO that was approved by the FDA in 2016 and became the first drug to treat spinal muscular atrophy, a rare and often fatal disease of the nervous system.  In addition, the approval of patisiran in 2018 highlights the great potential of siRNAs. This was the first siRNA drug to reach the market for the treatment of hereditary transthyretin amyloidosis (hATTR), another rare and devastating disease.

Given that siRNA is now a clinically validated therapeutic modality, we believe the future will be about developing platforms like FALCON that enable the delivery of siRNA to tissues beyond the liver.  This will expand the number of diseases we can treat.  We also believe that the time is right for siRNA platforms like FALCON because advanced bioinformatics and unparalleled access to patient data allow us to elucidate genetic targets of many diseases at an unprecedented rate.  By focusing on these genetically validated targets, DTx Pharma can dramatically increase the probability of success and accelerate the timeline to delivering transformative therapies that do not just treat the symptoms but address the underlying genetic cause of the disease.