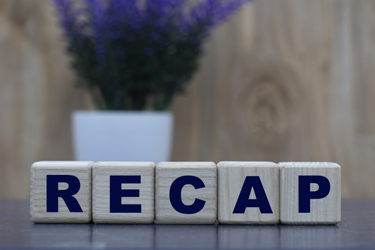 I caught up with Bruce Levine, Ph.D.  Barbara and Edward Netter Professor in Cancer Gene Therapy Center for Cellular Immunotherapies and Department of Pathology and Laboratory Medicine Perelman School of Medicine at the University of Pennsylvania and Cell & Gene Editorial Advisory Board member to get his take on the recent ISCT 2020 meeting as well as the first-in-U.S. CRISPR-edited immune cells.

In his first letter as ISCT President in the Society’s newsletter, Telegraft, Dr. Levine penned a clear message to ISCT members about scientific advancement, professional development, and inclusive diversity. Levine wrote that the ISCT Paris 2020 Virtual Platform “leveraged top-of-the-line technology allowing for the engagement of our global membership around the clock and around the world. By catapulting into the future, we have been fortunate to be able to engage with members and attendees who would not have been able to attend an in-person meeting.” He noted that there has seen a record number of new ISCT members and record attendance any ISCT meeting in history — in person or virtual. He stressed that the success of the cell and gene therapy sector thrives on networking, communication, and collaboration.

The ISCT Community is diverse and inclusive, and Levine thoughtfully explains the culture that defends and supports the movement that actively combats discrimination. Levine shared a short passage from an email he received from a Black colleague about the racist comments he and other colleagues have endured. “This is a moment where change demands honest support, through both compassionate ears and loud voices,” stated Levine. “This support must not cease, and it must come from as many directions as possible, so I implore you to speak and hear where you can, and to help bridge the gap of inequality where you are able.”

He and I also caught up on the data out of the Perelman School of Medicine at the University of Pennsylvania and Penn’s Abramson Cancer Center on how genetically-edited immune cells can persist, thrive, and function months after a cancer patient receives them. The team showed cells removed from patients and brought back into the lab setting were able to kill cancer months after their original manufacturing and infusion. This is the first U.S. clinical trial to test the gene editing approach in humans, and the publication of this new data today in Science follows on the initial report last year that researchers were able to use CRISPR/Cas9 technology to successfully edit three cancer patients’ immune cells. Penn is conducting the ongoing study in cooperation with the Parker Institute for Cancer Immunotherapy and Tmunity Therapeutics.

The approach in this study is closely related to CAR-T cell therapy, in which patient immune cells are engineered to fight cancer, but it has some key differences. Just like CAR-T, researchers in this study began by collecting a patient’s T cells from blood. However, instead of arming these cells with a receptor against a protein such as CD19, the team first used CRISPR/Cas9 editing to remove three genes. The first two edits removed a T cell’s natural receptors so they can be reprogrammed to express a synthetic T cell receptor, allowing these cells to seek out and destroy tumors. The third edit removed PD-1, a natural checkpoint that sometimes blocks T cells from doing their job.

In an article written by J. R. Hamilton and J. A. Doudna in Science Magazine, the authors state “the clinically validated long-term safety of CRISPR-Cas9 gene-edited cells reported by Stadtmauer et al. paves the way for next-generation cell-based therapies. Although the safety of other types of gene-edited somatic cells, such as stem cells, remains to be determined, encouraging results show healthy blood production in the first β-thalassemia and sickle cell anemia patients infused with cells modified by CRISPR-Cas9 (11). As more gene-based therapies are demonstrated to be safe and effective, the barrier to clinical translation will become cell manufacturing and administration. A restructuring of production processes for engineered cells and new CRISPR-Cas9 delivery strategies for the modification of targeted cells in the body are now imperative to reduce cost and make these revolutionary therapies accessible to all who can benefit.”