Codiak Biosciences On The Promise Of Engineered Exosomes For Drug Delivery 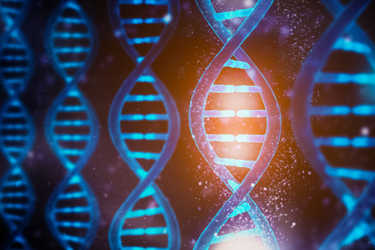 Codiak BioSciences launched the first-ever clinical trials of engineered exosomes — nanometer-sized vesicles that shuttle messages between cells. Codiak is making way with this new modality with two clinical programs underway — with a third scheduled for this year. To learn more, I caught up with Codiak’s Benny Sorensen, M.D., Ph.D., Senior Vice President and Head of Clinical Development.

Explain Codiak’s exoIL-12 program. What is it and how is it revolutionary to cell and gene sector?

Sorensen: exoIL-12 is a novel engineered exosome therapeutic candidate currently being investigated in a Phase 1 clinical trial as a single agent for the treatment of early-stage cutaneous T cell lymphoma (CTCL) and potentially other cancers. exoIL-12 is engineered to display fully active IL-12 on the surface of the exosome, using the exosomal protein, PTGFRN, as a scaffold protein, and designed to facilitate potent local pharmacology at the injection site with precisely quantified doses. By limiting systemic exposure of IL-12 and associated toxicity, Codiak hopes to enhance the therapeutic index with exoIL-12, delivering a more robust tumor response, dose control and an improved safety profile.

exoIL-12 is significant for several reasons: 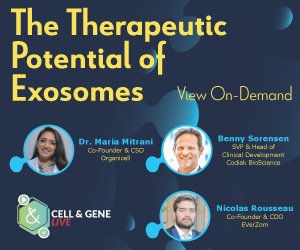 What is the therapeutic potential of exosomes as it relates to cancer? 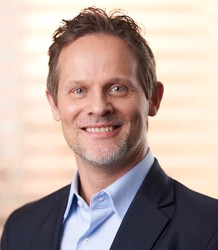 Sorensen: We believe that exosome-based therapeutics have the potential to be a new class of medicines with the potential to transform the treatment of not just cancer, but of a wide spectrum of diseases. We leverage the inherent biology, function, and tolerability profile of exosomes to engineer non-viral drug delivery vehicles that are designed to carry and protect potent drug molecules, provide selective delivery and elicit the desired pharmacology at the desired tissue and cellular sites.

Specific to cancer, this means that we are pursuing oncologic targets and pathways that have so far proven elusive to drug development, such as STING, IL-12, STAT6 and others.

What has been uncovered about exosomes that will further evolve cell and gene therapies?

Sorensen: Using Codiak’s engEx Platform for exosome engineering, we have developed the technology to effectively load a wide variety of molecules either on to or inside exosomes. This technology could be used to improve current methods for non-viral gene therapy delivery. Our work in this area is still quite early, however, our preliminary studies have shown that our engineered exosomes are functional vehicles for non-viral gene transfer that we believe can markedly enhance the level of gene expression as compared to AAV alone. The attributes of engineered exosomes with AAV may allow for:

Another potential avenue for exosome engineering is the delivery of antisense oligonucleotides (ASOs). Our third program, which is currently in IND-enabling studies, is exoASO-STAT6. This candidate is designed to selectively reprogram M2 immunosuppressive macrophages to an M1 pro-inflammatory  phenotype by targeting and decreasing the expression of the immunosuppressive transcription factors STAT6 and C/EBPb. Transcription factors such as STAT6 that regulate gene families are ideal targets for potent repolarizing of tumor-associated macrophages, yet they have been very challenging to drug with common drug modalities. We have designed exoASO-STAT6 to allow for the necessary delivery specificity of the STAT6 ASO to the M2 macrophages to selectively repolarize these cells, resulting in strong pre-clinical single-agent anti-tumor activity not possible with free ASO and not observed with other pathway indicators.

What is next for Codiak?

Sorensen: We anticipate that the next few years will be exciting, as we progress our current clinical programs, bring additional programs into human testing and begin to expand beyond oncology into additional disease areas such as neuromuscular disease and infectious diseases.