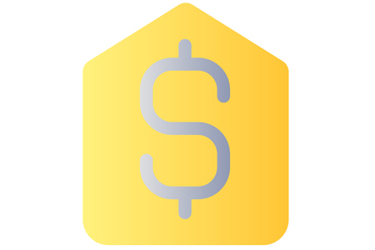 bluebird bio’s gene therapy, which will be branded as Zynteglo, is the third gene therapy overall and the first ex vivo lentiviral-based gene therapy to be approved in the U.S. The potentially one-time gene therapy treats adult and pediatric patients with beta-thalassemia who require regular red blood cell transfusions. Beta-thalassemia is an inherited blood disorder that causes an oxygen shortage in the body and often leads to liver and heart issues. bluebird estimates that there are approximately 1,300-1,500 individuals with transfusion-dependent beta-thalassemia in the U.S. According to the company’s press release that announced the approval news, Zynteglo will be available exclusively at Qualified Treatment Centers (QTCs), which will be carefully selected based on their expertise in relevant areas such as stem cell transplantation, cell and gene therapy, and beta-thalassemia, and receive specialized training to administer Zynteglo.

Back in 2019, Zynteglo was approved in Europe, where it was priced at almost 1.58 million euros (about $1.8 million at the time). Due to the lack of reimbursement deals, bluebird bio took the drug off the market. A similar question surrounds the U.S. approval; will commercial payers come on board? Indeed, prior to approval, Novartis’ Zolgensma won the most expensive drug award with its $2.1 million price tag. At $2.8 million per patient, Zynteglo is now the most expensive drug on the market. It’s been reported that the company's access strategy revolves around a one-time upfront payment with the option of a rebate for patients who don't achieve transfusion independence, which could help patients recoup up to 80% of the one-time treatment cost.

According to statement from bluebird bio, “under the current standard of care, patients with transfusion-dependent beta-thalassemia require red blood cell (RBC) transfusions every two to five weeks and may lose decades of life relative to the general population. The lifetime cost of medical care for a patient with transfusion-dependent beta-thalassemia can reach up to $6.4 million in the U.S. and the average total health care cost per patient per year is 23 times higher than the general population.” bluebird bio estimates that 70-75% of patients with beta-thalassemia are covered by commercial insurance, and the company is currently in late-stage negotiations with commercial payers, including national PBMs, with the potential to represent dozens of plans. Yahoo Finance stated that the therapy includes one upfront payment that can be paired with an outcomes-based agreement. As part of this agreement, bluebird bio will reimburse contracted commercial and government payers up to 80% of the cost of the therapy if a patient fails to achieve and maintain transfusion independence up to two years following infusion.

The scientific reality of gene therapy has been realized. But a life-saving gene therapy is only as good as the life it saves. If the patient cannot afford the therapy, how far have we come, really? As the details of payment are finalized, patients, their families, and their caregivers may wonder about their cost-sharing obligations. bluebird bio is working to develop a symbiotic payment structure that brings Zynteglo to the patients who need it.