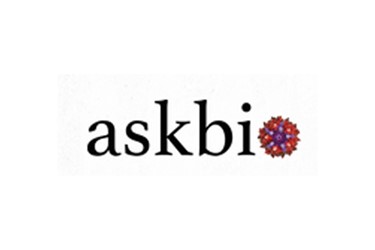 AskBio recently acquired Synpromics, the biotech that works in custom-built gene expression and regulation. Based in the UK, Synpromics commercializes its technology in the form of synthetic promoters (Syn-promics) designed to partner specification, which are highly specific at both the cell and tissue level. Synpromics’ technology is an example of an enabling technology that gives a level of control over gene expression, which is not possible from currently used natural promoters.

In AskBio’s press release, Sheila Mikhail, CEO and co-founder of AskBio states, “By combining Synpromics’s customized synthetic promoters with AskBio’s capsids and Pro10™ manufacturing cell line, we have achieved technical leadership in each of the critical components for successful development of rAAV-based therapeutics. With the Synpromics acquisition, we have enhanced our collective ability to develop highly targeted and maximally expressed gene therapies. Today AskBio is better positioned to tackle larger pathway diseases, as we continue our efforts to bring curative therapies for rare disease to patients in need.” Both companies will continue to operate as separate entities but will share intellectual property with immediate plans to integrate Synpromics’ technology with AskBio’s AAV platform ecosystem and current therapeutics portfolio under development. This places AskBio in a unique position to be one of the only companies in the industry with a comprehensive end-to-end AAV gene therapy platform.

The press release mentions this acquisition will drive down the cost of rAAV-based therapeutics. I reached out to Dr. Jude Samulski, co-founder and chief scientific officer of AskBio, to learn more about how this will be done and to better understand just how the end-to-end AAV gene therapy platform will affect and improve gene therapy in the United States.

According to Dr. Samulski, for years, those in the field of gene therapy have been slowly determining the steps involved in efficient AAV Gene Therapy success. “It started with the viral capsid or what is the formulation or packing of the therapeutic gene product,” he explains. “All the early studies in the field of gene therapy were related to determining the best AAV capsid that could carry out efficient delivery to the target tissue (e.g., AAV 8 for liver, AAV 9 for systemic, etc.). For most in the industry, this is still a very active arena of trying to determine their best capsid/formulation.”

Dr. Samulski goes on to explain that the second step that became obvious to several organizations about six to 10 years ago was “production.” But that only happened after numerous academic groups had early success in large animal models and when researchers in early phase 1 clinical studies began to focus on the question: how do we generate large amounts of this therapeutic to treat the entire patient population? “At AskBio, this has always been recognized as an essential component to an end-to-end gene therapy platform as we began researching manufacturing methods early in 2006 with advent of our Pro10™ cell line that we introduced in 2010,” says Dr. Samulski. “Our purpose was to scale AAV manufacturing and contribute to lower per dose cost, and we are continuing to advance this cell line today. Arguably, the Pro10 cell line is the most efficient and effective manufacturing process in the industry today. This is part of all our clinical programs and is also used by companies like Pfizer and Takeda after their acquisitions of Chatham Therapeutics and Bamboo Therapeutics from the AskBio family of gene therapy companies.”

With these two pillars — capsids and manufacturing — in place, the next hurdle has been “efficient and accurate gene expression” of the therapeutic transgene. “This is where Synpromics’ core technology comes into play,” he says. “By combining their know-how with AskBio capsid formulation delivery and Pro10 AAV production, all of the puzzle pieces have come together.  This will provide the most efficient means for moving forward gene therapeutics and, therefore, helping lower the cost. It will allow companies to go after more complex diseases that involve multiple genes such as heart disease, obesity, and Alzheimer’s, instead of those with only single gene defects.”

Dr. Samulski and I discussed the how and why behind the decrease in cost of rAAV-based therapeutics. He explained that more potent and efficient AAV therapeutics can be created based on optimum promoter technology that will reduce total viral vector load necessary to deliver to patients. This, in turn, will have an impact on the cost of the therapies.  “When you combine that with more efficient, flexible, and highly scalable production processes such as Pro10, we believe we are at the forefront of how cost can be lowered not just for us, but for all in this industry,” he explains. “Embedded in our own DNA is a passion to ensure no child or family is left behind without access to these important, curative therapeutics. That mission matters to all of us at AskBio as we believe we are leading the world in these novel advancements and are committed to working with any company, researcher, advocacy group and technology innovation that can safely accelerate and further our vision.”