A Look at Repeat Expansion Disorders 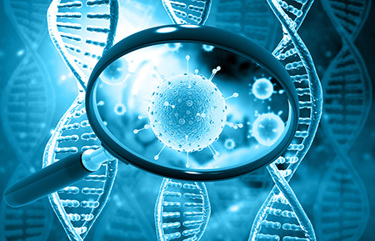 Triplet Therapeutics is a biotech leveraging insights from the human genetics of repeat expansion disorders (REDs). The company recently released its preclinical data in Huntington’s disease (HD) for its first clinical candidate TTX-3360.  TTX-360, an antisense oligonucleotide, is the first therapeutic candidate with the potential to modify the course of HD and other REDs by targeting the DNA Damage Response pathway. REDs are a group of more than 50 known genetic diseases associated with DNA nucleotide repeats many of which have been shown to lengthen, or expand, in cells over a patient’s lifetime. Irina Antonijevic, M.D., Ph.D., Chief Medical Officer and Nessan Bermingham, Ph.D., CEO, President, and Founder atTriplet Therapeutics explain in detail the pre-clinical data as well as the company’s equity pledge that will help to benefit patients of the RED community.

Further explain the pre-clinical data that is available to illustrate that new insights into the mechanisms of REDs.

Irina Antonijevic, M.D., Ph.D., Chief Medical Officer, Triplet Therapeutics: While the inherited uninterrupted CAG repeat length is the main determinant of age at onset (AAO), it accounts only for around 50–70% of variation in age at onset. The remaining variability is also heritable, indicating the presence of genetic modifier genes that affect disease onset and progression. GWAS have revealed that variability in AAO given the same number of inherited CAG repeats can significantly be attributed to specific genetic modifiers, many of which have been identified to be a part of the DDR (DNA Damage Response) pathway.

Our animal model data with a tool ASO (ASO that binds to mouse MSH3) show that MSH3 lowering by 50% halts somatic expansion in both younger and older mice.

Explain the equity pledge to a patient support fund. How will the this benefits the RED community?

Nessan Bermingham, Ph.D., CEO, President, and Founder, Triplet Therapeutics: This patient support fund is at arm’s length and independent of Triplet. We are placing 1% of our equity into an entity (myself and my wife are committing addition consideration into the fund). The intent is for this fund to realize monetary value over time through the sale of the equity (we expect that we will continue to add to this fund as the company continues to grow). The use of the return will be dependent on the people/groups that oversee the fund and what they deem to be an important, unmet, need for patients and their families. One can imagine that this can range from childcare support, travel expenses, diagnostics, palliative care etc. It is not being dictated/determined by Triplet Therapeutics.