A Growing Emphasis On Gene Silencing 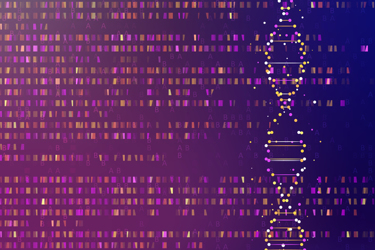 Cell & Gene has been covering gene silencing for quite some time. Most recently, I discovered Stevenage, U.K.-based Laverock Therapeutics, a new biotech founded to develop a gene silencing platform for the creation of programmable, allogeneic cell therapies. I chatted with Tom Payne, Laverock’s Chief Operating Officer, about the company’s mission to utilize its Gene Editing induced Gene Silencing (GEiGS) technology, and its associated computational platform, to engineer induced pluripotent stem cells (iPSC)-derived cell therapies with improved efficacy, safety, and accessibility. Payne explained that GEiGS uses universal gene editing tools, such as CRISPR, to minimally edit the host’s own non-coding genes and redirect their silencing activity towards any desired target gene or gene family. Gene silencing involves controlling the activity of genes within a cell, typically utilizing the cells’ own RNA interference (RNAi) pathway. In the context of allogeneic cell therapies, GEiGS can facilitate stable, tunable, and programmable control of any desired target gene. As such, GEiCS can be used for engineering better cells for allogeneic cellular therapies, or cells that can evade the host immune system (avoiding graft rejection), and that are endowed with additional therapeutic functionalities enabling them, for example, to overcome challenging disease environments. In addition, Laverock’s technology allows the engineering of safety switches within cells that will make therapies safer and ensure favorable clinical outcomes. Laverock uses iPSCs as part of its cell therapy platform. Gene editing is carried out at the iPSC stage where edits can be efficiently generated and characterized. Cells are then banked before being differentiated into the cell type of interest. This combines GEiGS silencing capabilities with the potential of iPSC-derived therapeutics, allowing a wide range of disease indications to be addressed in both oncology and regenerative applications.

In the world of cell and gene therapy, iPSCs are a relatively new discovery going on about 20 years, but they have advanced tremendously in that time. iPSCs are a type of pluripotent stem cells that are generated ex vivo by treating nearly any human fully differentiated (somatic) cell with the cocktail of small molecules described by the 2012 Nobel Laureate Shynia Yamanaka.

Keep your eyes open for an upcoming episode of Cell & Gene: The Podcast that will feature BlueRock Therapeutics’ President and CEO, Seth Ettenberg, Ph.D. During the episode, Seth and I break down the most promising therapeutic applications for iPSCs currently in development as well as the major regulatory challenges that the field faces for clinical use of iPSCs.

Evidenced by Laverock’s progress with gene silencing, it’s difficult to discuss gene silencing without discussing small interfering RNAs (siRNA). “siRNAs are short sequences of RNA that interfere with gene expression by associating with a specific mRNA and promoting its degradation before it reaches the cell’s protein-making machinery, effectively ‘silencing’ expression of the corresponding gene,” states Giles Campion, EVP, head of R&D and chief medical officer at Silence Therapeutics. “The Nobel-prize winning discovery of this naturally occurring mechanism, which is known as RNA interference (RNAi), created the possibility to design and use synthetic siRNAs as therapies to reduce or eliminate the expression of a disease-related protein by targeting its corresponding mRNA.” Indeed, siRNA refers to short interfering RNA and are similar in length to microRNA. Utilization of siRNA delivery into cells can silence specific mRNA to protein translations.

iPSCs hold great promise for regenerative medicine, and similarly, gene silencing has emerged as a promising strategy for treating various disorders. Let me know how your company is leveraging iPSCs or gene silencing to meet unmet medical needs.