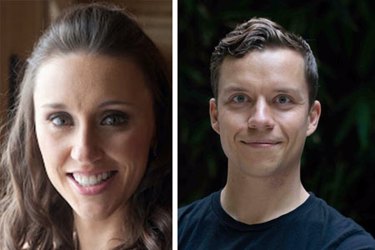 The promise of gene therapy has never been greater. Indeed, following recent approvals in large global markets, innovations and companies are growing at breakneck pace. While gene therapy is poised to revolutionize the treatment of rare monogenic diseases, the need to treat chronic and complex diseases looms large on the horizon.

Most rare monogenic diseases are congenital and best treated as soon as possible after birth. However, many chronic and complex diseases take decades to develop. As we age, we are much more likely to suffer from complex chronic disorders and diseases like cancer, many of which lack effective therapies. Despite this unmet medical need, there are unique obstacles in drug development for diseases in aged populations. Aging is associated with a general decline in physiological function that can interfere with drug mechanisms of action. For example, beta blockers are much less effective as you age, due to declining levels of necessary receptors. Age-related decline also shifts the safety profile of many drugs, as organs lose the ability to cope with side effects. Beers1 lists scores of drugs that should be avoided or modified for use in older adults, due to exaggerated side effects.

Each of these could be addressed in clinical trials, but the heterogeneous nature of aging makes this challenging. Perhaps understandably, biopharma often focuses trials on less variable segments of the population. For age-related chronic diseases and cancer, the ideal trial participant is often not familiar from our daily lives: they are 65+ and in general good health except for their single chronic disease or cancer. In reality, two thirds of people aged 65+ have two or more diseases2,3. In some cases, the diseases might share a common cause, but in others they represent distinct, even opposing, dysfunctions in different tissues. One example is a patient with osteoarthritis (~10% of US population) and liver fibrosis (1-5% of the US population). In the liver, reducing TGFβ signaling will limit fibroblast activation and collagen deposition, which could reduce/reverse fibrosis. But, in cartilage, TGFβ signaling blocks the differentiation of chondrocytes into disease-associated osteoblasts. Another contraindication example is steroid use, which is an effective anti-inflammatory drug, but which also leads to renal hypertension.

This gap in our ability to provide effective medical care is not new, but is compounded as: 1) our population continues to age, increasing the 65+ demographic, and 2) we develop more systemic-acting drugs, which let us treat more diseases but also increases the potential for drug-drug interactions. For  example, the 65+ population of the U.K. increased from 15.9% in 1998 to 18.3% in 2018, and is projected to rise to 24.2% in 20384,5. Unless preventative care improves, this suggests that 1 in 6 people (and a greater proportion of patients) will be classified as multi-morbid and at risk of conflicting treatment options. In such an environment, can we justify having almost all our drug development efforts in systemically acting drugs that may only give patients expanded choice in which of their diseases they’d like to treat?

Gene therapy offers a unique opportunity to address this problem: by delivering interventions targeting specific dysfunctions in specific tissues, we can practice precision medicine within an individual. However, in order to use gene therapy for chronic diseases and common diseases like cancer, we must engineer new ways to increase our production capacity so that we can treat the large number of patients who will need these therapies. Additionally, we must learn how to effectively perform repeat dosing so that we can treat each of your different diseases as they arise. Extending gene therapy to diverse complex diseases will necessitate novel ways to discover efficacious payloads that do more than replace the function of single mutated genes. Work on each of these problems is underway and will be imperative to solve if we are to treat more common diseases in the general population.

Gene therapy was a quantum leap in our ability to treat monogenic diseases, offering transformative treatments where none existed, or replacing a lifetime of continued prescription use. We currently think of gene therapy as a modality for treating monogenic disorders, though it is primed to have a similar impact on how we treat complex diseases. With precise therapies for discrete dysfunctions, we will be able to restore function to diseased tissues without affecting the rest of the body. This will shift the current paradigm of ‘doing what we can to treat the worst ailment you have and having to accept the side effects’ to one of restorative health for the entire body.

5.   Storey, A. Living longer—How Our Population is Changing and Why It Matters. Office for National Statistics: Newport, UK (2018)