Why CMO/CDMOs Should Seek Opportunities To Collaborate 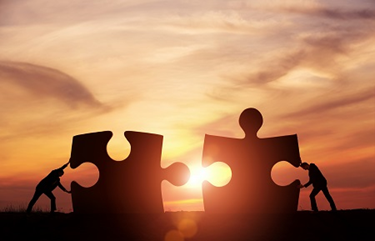 When I look at the state of the contract manufacturing and development (i.e., CMO/CDMO) industry, I see an industry ripe for disruption. After all, given the public’s consternation over drug pricing, it isn’t inconceivable to envision an outsider — perhaps with help from an insider — coming in to shake things up. Is it really that far-fetched to consider giants such as Amazon, Apple, Google, or Microsoft disrupting contract biopharmaceutical manufacturing as we know it? Samsung already entered the industry eight years ago with the creation of its own CDMO, Samsung Biologics!

But why wait to be disrupted by outsiders? Why not shake things up from within?

Co-opetition is the act of cooperation between companies, and there are plenty of industries where this has had a significant positive impact on the business status quo. For example, in the automotive industry, Toyota partnered with BMW, Subaru, and General Motors in various ways to improve efficiencies. Amazon used co-opetition via its Amazon Marketplace, a platform that brings third-party sellers (i.e., competition) into Amazon’s online store and today accounts for more than 50 percent of all Amazon sales.

I’ve scoured the news looking for similar examples of one-on-one collaborations between CMO/CDMOs and can’t seem to find a single one. Why? If the practice is common and provides positive outcomes in numerous other industries — including among their own clients — it would seem CMOs and CDMOs are blatantly ignoring what is obviously a best business practice by not engaging in collaborations or co-opetition efforts! So, let’s think about how this co-opetition could take shape.

Time To Think And Act Differently

A few years ago, the CEO of a CMO was giving me his opinion on the importance of secondary supply as a risk-mitigation strategy for biopharmaceutical sponsor companies. He made some really good points. I then asked what sort of contingency plan his company had in place for secondary sourcing? When he seemed to not understand what I was asking, I clarified, “Do you have any strategic partnerships with CMO/CDMOs as a contingency plan for your clients in case your company experiences some sort of significant biopharmaceutical manufacturing issue that could impede delivery?” He looked at me as if I had three heads before commenting, “That’s not my problem.” Look, if CMOs and CDMOs want to truly become strategic partners to biopharma sponsors beyond the typical fee-for-service contract they most often sign, then it is time to begin thinking and acting differently, beginning with finding win-win opportunities to collaborate with competitors.

We know gene therapy is hot. But as some of these new therapies are curative, managing manufacturing capacity will be challenging. Might it make sense for CMO/CDMOs to pool their resources rather than each building their own gene therapy manufacturing capacity? When Toyota collaborated with GM it took the form of New United Motor Manufacturing Inc., and the co-owned plant produced Geo Prizms, Pontiac Vibes, and thousands of Toyota Corollas and Tacomas. Why couldn’t CMOs and CDMOs find similar opportunities? After all, these companies are constantly striving to manufacture products faster, at the highest quality, and at the lowest cost — a prospect made more difficult in our industry if all the major players end up sitting on a bunch of idle gene therapy capacity.

CMOs and CDMOs should be striving to be “outsourcers of choice,” so highly regarded that biopharmaceutical sponsors are willing to tout such relationships with pride. But achieving such standing requires going beyond just being good at what you do; it requires finding other opportunities to demonstrate differentiation. Maybe collaborating with competitors on opportunities that make sense is just the sort of innovative thinking biopharmaceutical sponsors are looking for. There are some pretty smart leaders running CMO/CDMOs, so surely they can find opportunities to collaborate — especially in those complex areas and technologies of the future that can make it difficult to go it alone.