Who Will Win The Regenerative Medicine For Diabetes Race? 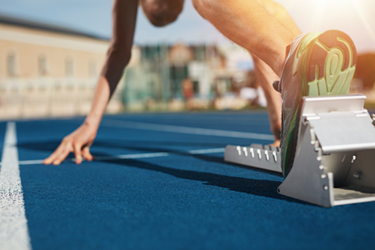 Diabetes remains one of the top causes of mortality, with approximately 4 million deaths in 2017.1 While recent advances in care have improved the quality of life for diabetics, much needs to be done to permanently cure the disease. Regenerative medicine could be a game-changing approach to meet the needs of insulin-dependent patients. Although the field is still in its infancy, the initial clinical data looks promising. Below we take a closer look at a few innovative companies that are racing to bring the first regenerative medicine for diabetes to the market.

ViaCyte is one of the pioneers and leading firms in the current regenerative medicine space. The company utilizes a proprietary encapsulation technology, the Encaptra drug delivery system, for grafting pancreatic progenitor cells and maturing them into islets capable of producing insulin.

ViaCyte currently has three programs. Its first program to reach clinical study is PEC-Encap, which delivers human embryonic stem cell-derived pancreatic progenitor cells (named PEC-01) in the Encaptra immunoprotective device. The program has been in clinical Phase 1/2 trial since 2014 and is being run in two cohorts of patients. The first cohort, which was designed to deliver a sub-therapeutic dose of PEC-01 cells, enrolled 19 patients with established but stable type 1 diabetes. Initial results suggest the PEC-01 is safe and well tolerated. However, engraftment of the device is low. The company has paused enrollment and is modifying the Encaptra cell delivery system to improve the potential for long-term engraftment. The trial is expected to resume in 2019, when the efficacy of the treatment will be observed.

Although started after PEC-Encap, its second program, PEC-Direct, is now being projected as ViaCyte’s lead program. Unlike PEC-Encap, which grapples with low engraftment issues due to device design limitations, PEC-Direct delivers the PEC-01 cells in a non-immunoprotective device which allows direct vascularization of the cells. Since it is designed to promote direct interaction between the body’s cells and PEC-01 cells, it requires the application of immunosuppressive drugs. This would limit its adoption among the larger insulin-dependent patient pool and is being mainly targeted at patients who already require immunosuppression, such as those with kidney transplants. It is also expected to be indicated for patients who have extreme glycemic lability, hypoglycemia unawareness, and severe hypoglycemic episodes.

ViaCyte’s third program might answer the dual problems of low functionality and immune rejection through gene editing technology being developed in collaboration with CRISPR Therapeutics. The clinical candidate PEC-QT is being developed as a gene-edited, immune-evasive cell line that would provide the functionality of insulin-producing cells while protecting the cells from a patient’s immune system.

In the second half of 2018, ViaCyte raised over $100 million2 in strategic collaborations and transactions with Bain Capital Life Sciences, TPG, RA Capital Management, Sanderling Ventures, and W.L. Gore and Associates. The company is expected to leverage these investments to move PEC-Encap toward clinical study while generating Phase 1/2 clinical study data for PEC-Direct.

Sernova is a clinical stage company that is developing a treatment for type 1 diabetes using its proprietary implantable therapeutic device called Cell Pouch. The device has a scaffold with chambers in it, which allows vascularization of islet cells — mimicking a naturalized organ-like environment.

The company is developing three products aimed at diabetes. Its lead product, which uses human donor islets implanted in Cell Pouch, has received FDA approval for a Phase 1/2 clinical trial. It is being developed for hypoglycemia-unaware patients. The company reported impressive results in animal studies, wherein 95 percent insulin independence was achieved in diabetic mice using 200 islets/Cell Pouch.3 The company has also established the safety of the device and donor islets in a small study on humans in Canada, which was done under an investigational testing authorization for Cell Pouch and clinical trial application for donor islets from Health Canada. It implanted patients with Cell Pouch followed by donor islets transplanted into Cell Pouch. Study results showed both Cell Pouch and islets implanted into Cell Pouch were safe. Islets were well-vascularized within Cell Pouch and showed evidence of insulin, somatostatin, and glucagon.

Although the company has a promising technology, its usage is currently limited by a need to take immunosuppressive drugs. Also, its dependence on human donor islets dampens prospects for scaling-up of operations. To counter these challenges, Sernova has improvised its device and introduced a microencapsulation system. This system within Cell Pouch protects the implanted cells from the immune system. In addition, to overcome the limited supply of human donor islets, the company has developed protocols to work with stem cells. It recently signed a licensing agreement with Canada-based University Health Network to gain access to worldwide exclusive rights to certain patent-pending technologies for the advancement of glucose-responsive insulin-producing stem cells.

Sernova's remaining two diabetes-focused programs are an effort to prove these newly adopted technologies. Both programs are in the preclinical research phase. One uses microencapsulated islets within Cell Pouch and is being developed for hypoglycemia-unaware patients. The other uses microencapsulated stem cell-derived cells within Cell Pouch. It is being developed to treat insulin-dependent diabetics.

Despite having a futuristic technology, Sernova lacks in the scale of funding attracted by its peers. Its research efforts are largely funded by a $2.45 million grant from the Juvenile Diabetes Research Foundation,4 compared to $100 million in funding raised by ViaCyte.

Caladrius Biosciences is developing autologous, ex vivo expanded and activated polyclonal T regulatory cells-based therapy (CLBS03) for recent-onset type I diabetes. The therapy is based on the company’s proprietary platform technology for immunomodulation. The strategy is to reduce or halt disease progression by preserving a patient’s insulin-producing beta pancreas cells by restoring the immune system’s tolerance of them.

So far results from clinical studies have been promising. There have been two Phase 1 trials, which have demonstrated safety and effect durability. It was reported that remission in children treated with CLBS03 was higher than the control group (66 percent remission with CLBS03 versus 20 percent in the control group).5 The company is currently conducting a Phase 2 clinical study in 110 adolescents with recent-onset type 1 diabetes. Enrollment for the study was completed in 2018; 12-month top-line data is expected in early 2019.6

If successful in clinical studies, the company estimates its therapy could be useful for around 20,000 patients in the U.S. and around 55,000 patients in Europe who are diagnosed with new-onset type 1 diabetes every year.7 The therapy has received FDA Fast Track designation and Orphan Drug designation in the U.S. and EU Advanced Therapy Medicinal Product classification in Europe.

Caladrius Biosciences is a publicly listed company with stable finances that can assist in successfully financing its clinical studies. As of Sept. 30, 2018, it had $46 million in cash with a low operating cash utilization of around $5 million per quarter.8 However, a challenge that could limit the company’s commercialization plans for CLBS03 is its operational model. Per the current process, the therapy involves isolation, activation, and expansion of T regulatory cells from a patient’s blood, which are then infused back into the patient. The whole process takes around 14 days to complete. Since patients would be located across the U.S., it would be interesting to see the operational model the company would deploy.

This company is currently evaluating whether its beta cells, produced from undifferentiated pluripotent stem cells, can control blood sugar levels in diabetics. In December 2017, Semma raised $114 million9 in series B funding to take its cell therapy program through the clinical proof-of-concept phase. The company is preparing to file an investigational new drug application for the program.

Eli Lilly, a leader in the insulin market, is pushing boundaries by investing in Sigilon Therapeutics’ islet cell encapsulation technology. The former paid the latter $63 million up front, with up to $410 million in milestones and royalties.10 In return, Eli Lilly will receive an exclusive global license to Sigilon’s technology, which is developing induced pluripotent stem cell-based treatment encapsulated in its patented Afibromer technology.

Novo Nordisk is another major player in the global insulin market looking into the possibilities of using regenerative medicine for curing insulin-dependent diabetes. The company has licensed a technology for developing human embryonic stem cell lines from UCSF. It has achieved preclinical proof-of-concept for the differentiation of pluripotent stem cells into insulin-producing beta cells. In collaboration with Cornell, the company is now developing an encapsulation device that will protect the beta cells from a patient’s immune system. The company expects to initiate its first clinical study in the next few years.11

Kadimastem is a clinical-stage biopharmaceutical company that specializes in developing different types of human body cells (known as differentiated cells), such as neural cells (e.g., oligodendrocytes and astrocytes) and insulin-secreting beta cells, derived from human embryonic stem cells. In animal studies, Kadimastem’s therapy has shown promising results. A return to normal concentration of glucose in the blood was observed in diabetic mice that received implants.12 As a next step, the company plans to launch a proof-of-concept study to establish the efficacy and safety of its cellular product combined with an encapsulation device.

A major milestone most early entrants in the market have been able to achieve is establishing the safety profile of their therapies in human patients. The next hurdle is proving the efficacy of therapy in humans. A device which not only protects the insulin-secreting beta cells from the immune system, but also aids their engraftment, is a technical challenge that needs to be overcome.

The race to bring the first therapy to market is on, and with the giants of the diabetes therapy market Lilly and Novo joining it, the next few years look promising for regenerative medicine. If successful, the first regenerative medicine for diabetes could obliterate the need for insulin, eventually grabbing a large chunk of the human insulin market, which is expected to reach $43.6 billion by 2021.13 There are great possibilities for both pharmaceutical companies and diabetic patients who can be cured.

Shiva Joshi, a consultant at Frost & Sullivan, has provided business intelligence to large pharmaceutical and healthcare companies for the past seven years. His areas of expertise include personalized medicine, with a keen focus on regenerative medicine and cell-based therapies. He is an ardent observer of the latest industry developments and innovations and has coauthored multiple market intelligence reports, including initiation of coverage publications. He has a master’s degree from the Institute of Biotechnology, Amity University, India