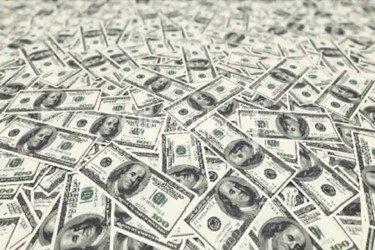 According to some estimates, up to 60 cell and gene technologies could be available on the market by 20301 — a stark contrast to the nascent state of the field in 2019. With such an influx of these new and exciting technologies expected, there is also trepidation about how payers will value these therapies and pay for them. This is particularly true as the current discussion about drug costs continues, with increasing scrutiny on pricing and a desire for transparency dominating the conversation. Determining how to evaluate — and whether to reimburse potentially curative one-time cell and gene therapies — is a challenge for payers, before even getting to negotiating prices and figuring out how to pay for them.

Different payers have different incentives system and different concerns when it comes to evaluating cell and gene therapies. While private insurance companies have unique short-term concerns about patients switching plans after receiving expensive life-altering treatments, payers that rely on health technology assessment (HTA) — such as those in Europe, Canada, and other parts of the world — do not necessarily have frameworks that are designed to deal with the complexity of cell and gene therapies. In fact, cell and gene therapies have a history of reimbursement issues in Europe. While the first one was approved by the European Medicines Agency in 2009, it was withdrawn from the market in 2016. A similar fate met the next couple cell and gene therapies that were approved, including Glybera, which famously treated only one patient in all of Europe during the entire time it was available.

Of course, not all countries that employ HTA in their decision-making are the same, with each country’s methodology and framework differing according to its unique needs. In fact, countries that do not consider cost-effectiveness in their evaluation methodology (e.g., Germany), instead focusing largely on clinical efficacy and added clinical benefit , may have an easier time evaluating cell and gene therapies. However, this would not make them exempt from the potential challenges of negotiating a price, addressing budget impact, and dealing with the uncertainties inherent to these therapies.

Uncertainties are a key part of the current cell and gene narrative and are among of the biggest concerns cited by EU5 payers interviewed by Decision Resources Group. All types of HTA systems have concerns about uncertainty related to clinical efficacy. Cell and gene therapies often have limitations in study design, outcome measures, and size and duration of clinical trials. This is certainly not unique to cell and gene therapies, but it can be particularly vexing for payers when the therapies are so new and the price tags are so high.

But clinical efficacy is not the only sphere in which there is uncertainty. For payers attempting to assess the value of these therapies — the real value that they bring to society — there is considerable uncertainty regarding elements of value that fall outside the standard cost-effectiveness methodologies currently employed by HTA bodies. This is particularly relevant when it comes to curative or near-curative cell and gene therapies. Some notable considerations include the treatment being the first and only one on the market, the effect of the treatment on society, and the effect of the treatment on greater healthcare infrastructure. An argument can be made that these should all be considered to accurately assess the value of a cell or gene therapy.

Furthermore, curative cell and gene therapies may require a different framework than normal drugs. It is challenging for current methodologies to support these therapies, especially given the potential magnitude of gains produced by cures. The magnitude of lifetime health gains — and their associated cost offsets — are beyond those generated by traditional therapies. A timely example is currently playing out in spinal muscular atrophy (SMA) and is frequently cited by experts to demonstrate the paradox. Novartis’ gene therapy Zolgensma (formerly known as AVXS-101) is entering a space where the current standard of care is Biogen’s Spinraza (nusinersen), which in the U.S. has a list value of $750,000 for the initial year and then $375,000 for every year thereafter. Thus, it could be argued that one-time Zolgensma treatment, which Novartis has priced at $2.125 million, actually merits a value-based price of over $10 million because of how expensive the standard of care it’s replacing is. Is such a price truly value-based? Is it warranted?

In 2019, the Institute for Clinical and Economic Review (ICER) decided to explore this question. ICER is an independent organization founded in the U.S. in 2006, with a mission to evaluate the clinical and economic value of healthcare interventions innovations in the delivery of care. Its role and its importance are hotly debated topics in market access (since its recommendations are merely advisory and not mandatory). However, Decision Resource Group’s primary research with managed care organizations (MCOs) in the U.S. indicates that MCOs are increasingly factoring ICER into their decision-making.

In January 2019, ICER launched an initiative to develop new methods to guide value-based pricing of potential cures. The organization conducted a review of value assessment methods considered for “cures” or “potential cures” and solicited input from the UK’s National Institute for Health and Care Excellence (NICE), the Canadian Agency for Drugs and Technologies in Health (CADTH), and other international HTA bodies. In August 2019, ICER posted a draft white paper and invited stakeholders comments on it. A final white paper will be published by the end of 2019, but the draft report is well worth examining. The proposed adaptations will complement and build upon ICER’s ongoing update to its 2020 value assessment framework.

The resulting value framework will be applied in the assessment of potential cures and other treatments that qualify as what ICER refers to as “single or short-term transformative therapies,” or SSTs. According to ICER, SSTs include two subcategories: potential cures that can eradicate a disease or condition, and therapies that can produce sustained major health gains or halt the progression of significant illnesses. Although NICE and CADTH collaborated in the development of the framework, ICER was careful to add the caveat that the framework will be a part of ICER’s ongoing updates — it does not reflect the opinions of NICE and CADTH. However, it is likely the two agencies will use the learnings from the collaboration when developing their own frameworks. (NICE recently announced a long-overdue review of its methodology; addressing uncertainties and preparing for new types of technologies are critical components of that review.)

Some of the key proposals in ICER’s recently published draft includes:

These should address some of the uncertainty and help make for better cost-effectiveness analysis of curative therapies.

The report also adds two additional elements to ICER’s list of “potential other benefits or disadvantages” for therapies. The first addition is the consideration of whether therapies offer special advantages by providing patients with a different timing or balance of risks and benefits, such as a greater risk of death in the short-term for a greater chance of a long-term cure. The second element considers the potential for treatments to alter or even preclude the chance of effectiveness of future treatments.

In addition to determining the best way to evaluate whether a curative therapy should be reimbursed, ICER also considered the best way to pay for it. The report generated an alternative shared savings cost-effectiveness scenario, where the economic surplus of these therapies is shared by the manufacturer and the healthcare system in varying ways. The push for shared savings analysis assumes all cost offsets during the first 12-year period will accrue to the innovator, while all cost offsets after year 12 will accrue to the healthcare system.

Another significant aspect of the report is a push for outcomes-based contracting, an approach that has been deployed for currently available cell and gene therapies, even in some unlikely markets. Countries that would typically shy away from the administrative burden and complexity of outcomes-based agreements and complex payment models — such as Spain and Germany — have adapted such schemes to pay for the CAR T-cell therapies, and this is likely just the tip of the iceberg. Payers are quickly realizing that these agreements could be their best option to balance innovation and budgetary impact, and thus far they seem only too happy to oblige. However, implementing reimbursement based on instalment payments presents challenges for payers, including the administrative burden, a possible lack of evidence of long-term efficacy, and the fact that the time horizon for these deals typically do not align with payers’ budget cycles.

So how should the developers of innovative therapies feel about ICER’s suggested new framework? Many could argue that it does not go far enough: Addressing the launch of therapies that are shifting treatment paradigms also requires a paradigm shift in HTA. The quality-adjusted life year (QALY) cost-effectiveness model has a number of inherent limitations, as ICER has admitted, but it remains the technique of choice for ICER, NICE, CADTH, and many others. But the best treatments available for some of the diseases under discussion pale in comparison to a cure, and how do you truly place a value on that?

Critics argue that ICER also could have assessed value from a societal and generational perspective, thus valuing cures for future patients. The framework also could have endorsed more dynamic health economic methods that accurately look at costs versus benefits over long periods of time, factoring in the recurring benefit to society in a drug’s post-patent period. In addition, perhaps ICER could have considered value as a separate entity from affordability, not letting budget impact get in the way of fairly assessing a therapy’s value.

Whether or not any of these criticisms make it into the final report, and whether or not the critics will be happy with ICER’s final framework, this international collaboration is an important step in taking the conversation about how to value curative therapies into a new phase. ICER has the benefit of not being a government agency or regulatory body mired in bureaucracy, making it easier to be the first to do this.  ICER is arguably growing in influence, and it is likely that this framework will influence other payers. The debate on how payers should value cures may have just begun with this international collaboration, but it has already become very interesting.

Yulia Privolnev is a manager on the Global Market Access Insights team at DRG. She is responsible for monitoring, analyzing, and reporting on global market access through the production of DRG’s Global Market Access Solution (GMAS) and Access & Reimbursement products. Privolnev’s specific focus is on all aspects of market access in Western and Eastern Europe, as well as international reference pricing and managed-entry agreements on a global scale. She earned a bachelor’s degree from the University of Toronto and a master’s degree from the London School of Economics.