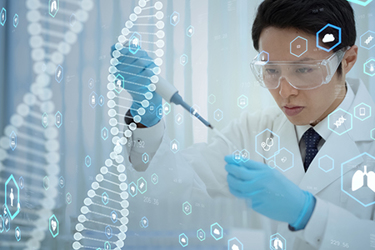 As immune cell therapies continue to show promising clinical efficacy, advancements in manufacturing platforms must continue in parallel in order to enhance process control, definition, and ultimately, process yield. The single use Gas Permeable Rapid Expansion (G-Rex) vessel offers a practical, robust, and cost-effective solution for immune cell expansion scale up and scale out. Published studies have demonstrated that processes established in early phases of product development easily translate to large scale production with minimal changes to the cell product.1 Furthermore, due the unique design of the G-Rex vessel, large media volumes can be employed to minimize vessel manipulations and reduce labor required. Finally, application of the G-Rex has been shown to be highly reproducible from donor to donor in both expansion kinetics and resulting expanding phenotype.2

However, the degree of process control and reproducibility also heavily depends not only on the expansion vessel used but also the growth media inside the vessel. Most cell culture media used for the expansion of immune cells for clinical use either contain a low percentage of human serum or components purified from human serum, such as albumin and transferrin. Serum albumin, for example, enables the significant enhancement of cell growth and viability of mammalian cells cultured ex vivo. Given the central functional role of albumin (both in vivo and invitro) and its high concentration in cell culture media, inconsistencies in the quality of the raw material can greatly affect the overall function of the protein.3

InVitria leverages an animal component free protein expression platform to produce recombinant proteins at large scale that are critical for cell culture applications, including human serum albumin and transferrin.4,5 These animal-free components were used to formulate a completely chemically defined formulation specific for human T Lymphocyte expansion. This blood-free formulation, known as OptiPEAK T Lymphocyte, was paired with the G-Rex and compared to the standard xeno-free formulation XViVo-15 supplemented with 5% human serum.

The data presented here demonstrate that the chemically defined formulation exhibited robust expansion kinetics of human T cells isolated form peripheral blood of healthy donors in the GRex. Furthermore, the expanded cells harvested for the G-Rex exhibited high viability and equivalent phenotype to the XViVo formulation. Taken together, these data provide proof of principal that the G-Rex vessels can be used with chemically defined and blood-free media to enhance the productivity of the cell culture process and the quality and reproducibility of the expanded cell product.