By Kara Turtinen and Rachel Lear 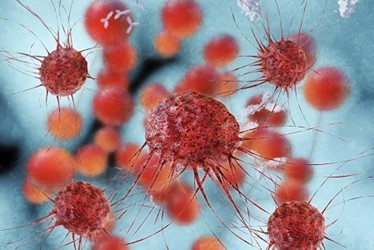 It’s no surprise that Droplet Digital PCR (ddPCR) has found its place in the world of cancer research. Bio-Rad’s ddPCR™ technology (described in detail in the Applications & Technologies section of Bio-Rad.com) has a remarkable ability to quantify miniscule amounts of target DNA and RNA, and thus can contribute to early detection of rare tumorigenic mutations against a high background of “normal” DNA as well as to other applications, including identifying cancer subtypes, optimizing drug treatment plans, and studying tumor evolution. At the Fred Hutchinson Cancer Research Center in Seattle, scientists are producing some of the most important advances in prevention, early detection and treatment of cancer and other diseases. They are studying the disease process from every angle seeking to uncover factors that influence a person’s likelihood of getting cancer. Understanding of such factors, of course, can help reduce risk and save lives. To learn more about how Droplet Digital PCR is being wielded to fight against cancer, we caught up with two researchers – Muneesh Tewari and Jason Bielas— who are using Bio-Rad’s QX100™ Droplet Digital™ PCR system in their quest to break through the current limits of nucleic acid detection and quantification.