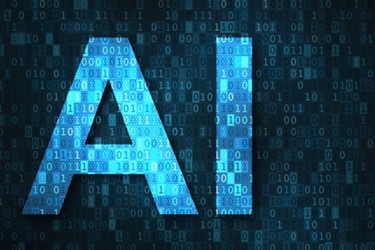 2019 marked another remarkable year for the life science industry as evidenced by the surge in FDA approvals and M&A deals. Yet, for the increasingly discerning public, there is very little knowledge about these new therapies. The need for public education has never been so dire as a substantial proportion of new drugs are biologics with complex mechanisms of action that are often directed against rare, unknown diseases. Hopefully, the 2020s will mark a focal shift from patent cliffs to open collaboration between industry partners, between academia and the life science companies, and notably, between patients and the life science industry.

If the 1990s or so-called “golden age of Big Pharma” was distinguished by blockbuster small molecules, the 2020’s will showcase niche-busters that are driven by the continued need for life science companies to maintain “first-in-class” or “best-in-class” status. Often, these niche-busters are developed for rare diseases with small patient populations and/or limited therapeutic options, which allows the manufacturer to charge higher prices for these drugs given little competition and a smaller patient population that is willing to pay for novel solutions. However, competition drives innovation and drug affordability.

Starting probably with a bold move by Bristol Myer Squibb to focus its R&D efforts primarily on oncology, it seems that majority of the biopharmaceutical industry are hedging their bets in oncology. There are several reasons why this make sense. In particular, cancers are heterogeneous diseases that differ by tumor type and genetic profiles. Yet, if we use recent FDA approvals as a barometer, it is evident that the two most expensive CAR-T drugs, Kymriah and Yescarta, are for small patient populations. But the innovation behind these therapeutics is clouded by the fairly high price tags associated with them and limited understanding of pharmaceutical pricing dynamics.

Additionally, despite a surge in new technologies, the cost of discovering and developing a drug has significantly increased from approximately $800 million in 2001 to about $3 billion today. Additionally, it is fairly evident that artificial intelligence (AI), nanotechnology, and other emerging technologies can help to improve efficiencies in the drug development process, which in turn will help to reduce the substantial R&D costs. For example, AI systems can reduce the attrition rates and the R&D expenditure by decreasing the number of synthesized compounds that are subsequently tested in either in vitro or in vivo systems. Yet, it seems fairly ironic that these new technologies have not found widespread acceptance potentially due to concerns about potential job cuts. These job cuts are occurring already in smaller biotechs as well as Big Pharma companies. Cross-functional job training has never been more imperative for survival as virtually all industries are faced by the double-edge sword of technological adoption.

The Rise of Nanotechnology

Nanotechnology holds great promise particularly in the field of pharmaceutics where drugs that might have been delegated to the cutting room floor are repurposed through improved drug formulation and drug delivery systems. Though nanotechnology is still in its infancy due to limited awareness and a fairly high degree of uncertainty, there is still plenty of room for exploration that is substantiated by demonstrated success such as the FDA-approved Abraxane that combines Paclitaxel with albumin into a nanoparticle 1/100th of the size of a red blood cell thus precluding the need for any solvent.

Ultimately, one of the biggest contributors to the poor reputation of the biopharmaceutical industry is the misconception of being greedy and price-gouging. Given that social media continues to play a prominent role in information exchange and engagement, life science companies and regulators, primarily the FDA, will need to update what seems like antiquated, human-created artefacts that deliberately suppress knowledge. In other words, substantial efforts need to be dedicated to eliciting public opinion in the drug development process to avoid the “me-too drug” phenomenon where all companies seem to be focused on a similar type of drug that has been demonstrated to be lucrative relative to developing drugs for largely unmet medical needs.

Additionally, the biopharmaceutical industry lags behind when it comes to embracing increased transparency and viral marketing via social media. Understandably, given the highly regulated nature of the industry, setting guardrails make sense but it comes at an expense at a widespread public education. For example, YouTube is a powerful channel for amplifying scientific innovation via scientific animation videos inclusive of mechanism of disease (MOD) and mechanism of action (MOA) but remains significantly underutilized by the industry. Life science companies can also leverage YouTube for disseminating executive interviews and “Meet the Scientist” videos, which help to demonstrate patient-centricity and overall commitment to care.  While disease states education might seem altruistic especially for smaller biotechs with smaller marketing and communications budgets, it is critical for the industry to take a step back and realign on its missions. For example, Merck’s famous slogan is to “Be Well” thus it makes sense to invest significant resources in public education and engagement.

Time will tell if the life science industry will ever get to the point where we solicit public opinion prior to investing millions of dollars on a new drug. For example, although it seems fairly outlandish today, within this decade, we may get to a point where a small biotech or even a Big Pharma company might poll people on Twitter to find out what the next new drug should focus on and the next step will be to engage the public throughout the process, including sharing and explaining clinical data. The latter is being done but aside from regulators and investors, there is very little continuity in information exchange from in vitro studies through phase 3 data readout. Perhaps, it is because we consider it a failure when certain milestones are not met from either a safety or efficacy perspective during clinical development. But if the public knew more about the frequency of these setbacks, they will be more empathetic towards the life science industry. Sadly, as it stands now, the pharmaceutical industry remains the most hated due to a misconception about price gouging and lack of transparency.

The patient, and, in tandem, the caregiver voice, has never been so vocal even for small patient populations. Facebook, in particular, houses patient/caregiver communities who support each other by exchanging nuggets of information on traditional and alternative therapies. Often these patient communities are for rare or even ultra-rare diseases such as hemolytic disease of the fetal newborn (HDFN)  or even myasthenia gravis. By investing in social media listening tools such as Awario or Critical Mention, life science companies can learn more about the unique challenges that exist for these patient populations, including the financial and psychosocial disease burden. Moreover, as we shift away from broad-spectrum drug moieties to targeted therapies, a deeper dive on the patient and caregiver journey from a first-person narrative.

Taken together, social media technologies will facilitate increased transparency, which is critical to trust-building and improving the overall reputation of the life science industry. Technologies such as AI will help to improve efficiencies in drug development that will simultaneously help to reduce the costs of drug development and the prices of new drugs. Only time will tell how quickly the industry will adopt to these technological innovations, but the time is now. 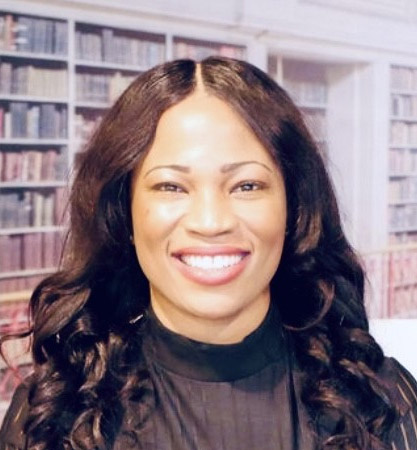