The Rise Of Gene & Cell Therapy And The Resulting Need For In-House Production Facilities: A Guide 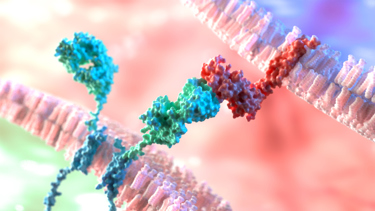 The gene and cell therapy industry, an emerging field of experimental medicine, is expected to reach over $14 billion by 2025 with a projected growth rate of 30% between 2019-2025. Experts expect the space to grow exponentially, as many of these products present potential cures, not just treatments, to varying diseases, potentially disrupting the pharmaceutical industry and causing pharma manufacturers to go back to the drawing board. The industry is now reconsidering plans and infrastructure needs to address the challenges and opportunities that this emerging field presents.

Since 2018, our Life Sciences location advisory team at Biggins Lacy Shapiro & Co. (BLS & Co.) has seen a dramatic increase in gene and cell therapy projects, many of which are remarkably similar in their scale, employment profiles and investment requirements. In fact, according to our analysis of market activity, there were 17 gene therapy manufacturing location announcements made in 2018, ramping up to 43 in 2019, and 25 new announcements this year through just the end of third quarter, with a number of additional projects in the pipeline.

This activity is indicative of the key market drivers for this important field of bio-manufacturing. It is useful to review recurring project themes and how they play out in the highly competitive market for facilities, as a guide for both the companies seeking locations and the economic development organizations (EDO) pursuing projects and marketing their regions.

In exploring these trends, we will begin with a broad definition of the gene/cell therapies that have propelled projects thus far, segueing into a description of the surge in demand for existing lab space and new production facilities. We also will provide context for the considerable attention has been focused on this field, with therapies for multiple diseases in the pipeline, including several therapies being tested to combat the respiratory harm of COVID-19.

What is the Significance of Gene/Cell Therapy?

Gene therapy, referring to a process through which genetic material is inserted into a patient’s cells, mirrors cell therapy, which involves viable cells being injected, grafted or implanted into a patient for medicinal effect. The therapies aim to cure diseases, not merely manage chronic conditions. Patient populations are often much smaller, and finite — once there is a cure, the previously available therapies are theoretically no longer needed. Thus, there is an emphasis by the biopharma industry on getting to market first, as companies seek to uncover and ultimately commercialize cures to challenging medical conditions.

Gene/cell therapy techniques appear to be staking a sizable claim within the industry. In fact, in the first half of 2020, these experimental methods garnered $10.7 billion in funding, more than the total capital raised in 2019 — a 120% jump over the first half of 2019. More than 1,000 companies are currently working in the sector and there are more than 1,000 clinical trials taking place worldwide (approximately half of which are in Phase 2).

The growth in the number of clinical-stage startups has caused a shortage of capacity for viral vector manufacturing capacity among contract manufacturers which young gene and cell therapy companies traditionally rely upon for early-stage production. As these startups progress to commercial scale, they often prefer full control over their manufacturing to alleviate the complications of outside contract manufacturing. Accordingly, biotech companies began to formulate expansion plans, assemble internal teams and/or seek the advice of site consultants. These professionals assist in the intensive effort to pursue suitable lab and production facilities or, as is increasingly the case in tight real estate markets, sites for new construction.

As such, there is an urgent “time-to-market” priority, so the preferred focus is on existing buildings, which due to market demand have become increasingly hard to find within established biotech hubs. These hubs present advantages such as targeted university programs and the presence of other companies in gene and cell therapy (both competitors and potential collaborators), collectively creating a target-rich environment for the talent they are all seeking. While all projects are cost-sensitive, companies that are venture-funded are relatively more focused on cost, including the need to minimize both up-front cash outlays as well as ongoing operating costs. 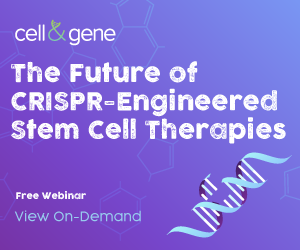 These therapies demand advanced manufacturing techniques and procedures, requiring a higher level of skill and specialized knowledge to pursue and maintain than more conventional pharmaceutical operations. All biologics manufacturing occurs in a Good Manufacturing Practices (GMP) environment, an FDA quality/standards system that ensures consistency in the production process, from materials and premises, to equipment and training.

Production of these therapies requires a labor force experienced in working in sterile environments, within highly documented processes requiring strict compliance and reporting obligations. In addition to the specialized doctorate- and masters-level talent required to support the discovery-level work and clinical trials, regulatory approval, process development and technology transfer, the production process itself also requires a large compliment of well-trained manufacturing associates.

These employees, which typically constitute more than half to two-thirds of the overall staffing requirements for such new production facilities, primarily have four-year (plus) degrees, although we are also seeing some companies explore experienced biologics technicians with only two-year degrees. These production-oriented positions are generally sourced in the local market, such that availability of workers and the number of trainees coming through specialized training programs offered by workforce development institutions become an important site selection criterion in comparing regions for such projects.

The most effective communities are those with community colleges and other workforce development institutions that are getting ahead of growing talent demand by working with companies and industry groups to design curricular and training materials around the job descriptions for these positions, assuring companies of a reliable future supply of competent recruits as well as job opportunities for residents of the region.

The facilities currently being pursued by gene and cell therapy companies typically consist of the following characteristics: anywhere between 100,000-150,000 square feet, and preferably an existing building within which they can build-out modular production lines. Still, even these spaces are in short supply in many markets with high overall demand from e-commerce companies and, increasingly, by life sciences companies.

Based on experience with multiple projects, the basic package of production equipment typically ranges from approximately $50-80 million, with additional millions required for commission and validation of equipment. The all-in investment required will vary depending on necessary improvements at the facility and whether new construction is required.

Because this nascent sector’s need for specialized talent can sometimes outweigh cost as the key decision variable, many gene/cell therapy companies are opting to build their first manufacturing facilities in established, but expensive, biotech hubs. As depicted in the bubble map below, overall, the most popular target markets seeing largest deal flow include Greater Boston, North Carolina’s Research Triangle, and the San Francisco Bay Area.

However, second-tier markets, including Greater Philadelphia, New Jersey, Maryland, Southern California, and Seattle, have seen a growth in announcements in the past two years. Emerging markets such as Columbus, Ohio (which is considered a pioneer, particularly the work conducted at Nationwide Children’s Hospital) are also gaining a foothold in this space. 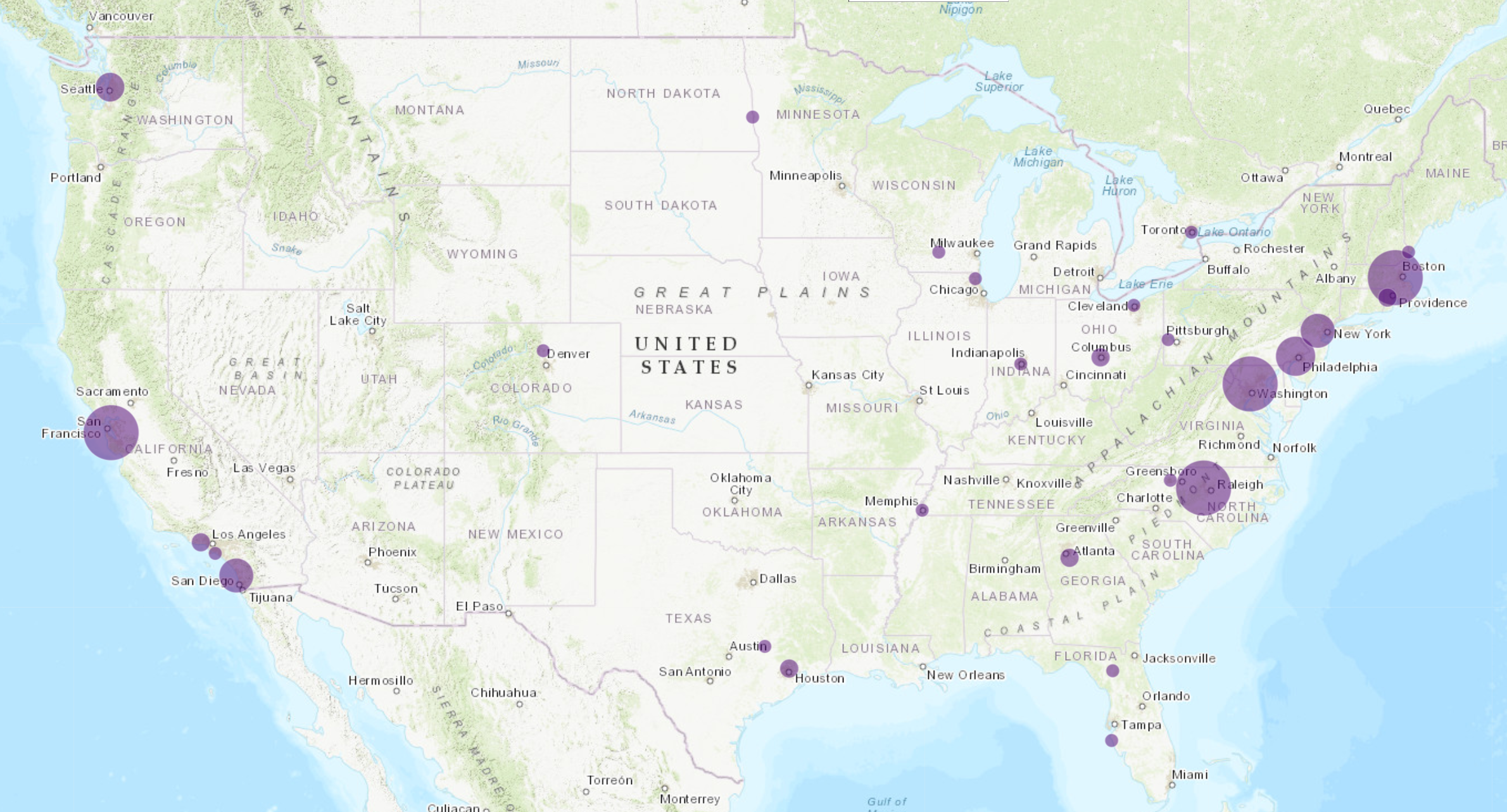 In New Jersey, particularly the central “Einstein’s Alley” region in Princeton and up through the I-287 corridor, the legacy life sciences industry remains very strong, with many large pharma companies based here pursue their own gene/cell therapies. In fact, according to BioNJ, the state is home to 13 of the world’s 20 largest pharmaceutical, medical technology and diagnostics companies. It also offers the highest concentration of scientists and engineers in the world.

However, while a significant portion of R&D operations remain tethered to these legacy biotech research hubs, companies establishing production operations are increasingly leaning toward regions that offer lower capital and operating costs without sacrificing the benefits of a deep “cluster” of biotech talent and supportive resources. North Carolina’s Research Triangle has been the most significant beneficiary of this biotech trend in recent years.

These emerging new treatments are proving to be a major growth engine of the life sciences industry. Meteoric growth in new gene and cell therapy product development is spawning a high volume of new “projects” as companies increasingly need to bring their own production facilities online. The need to establish these facilities may also be encouraged by ongoing pressures for “re-shoring” or “near-shoring” in the bio-pharma space, a sensitivity exacerbated by recent global events, including trade tariffs and most recently by concerns over the resiliency of supply chains since the onset of the COVID-19 pandemic.

For the foreseeable future we expect to see project volumes continue to grow. As the sector pushes outward into new or secondary clusters, there will be increasing competition across all location variables, including talent, real estate, and incentives. This may be intensified as more companies and the trained professionals they are seeking pursue opportunities over a wider geographic area, focusing on “emerging” life sciences regions.

The project teams being assembled within companies that are planning new production facilities are generally relatively inexperienced in the site selection process and are typically on urgent schedules to get a location decision made and executed. This leads to project management issues that can result in lost time and ultimately higher costs. In response, regional economic development organizations are promoting information about their markets, while location consultants, who are agnostic to locations, also serve as neutral analysts and facilitators during the decision-making process. Such consulting practices range from real estate brokerage firms and accounting firms, to boutique specialty firms focusing on site selection and public incentives.

As the public is learning in connection with COVID-19 vaccine development, the enormous promise of these diverse new therapies ultimately depends on the practical steps required to make and distribute them at affordable cost. Companies need to assemble multi-disciplinary teams to manage the many steps required to establish new production operations in complex and competitively tight markets. Many communities are actively recruiting these projects, and although only a limited number of markets can credibly deliver the talent and other resources these companies need today, the preeminence of the strongest biotech hubs is being challenged by emerging markets with the potential to build on their growing strengths and more favorable costs. These crosswinds will continue to influence the development and ultimate footprint of this exciting new life sciences industry sector. 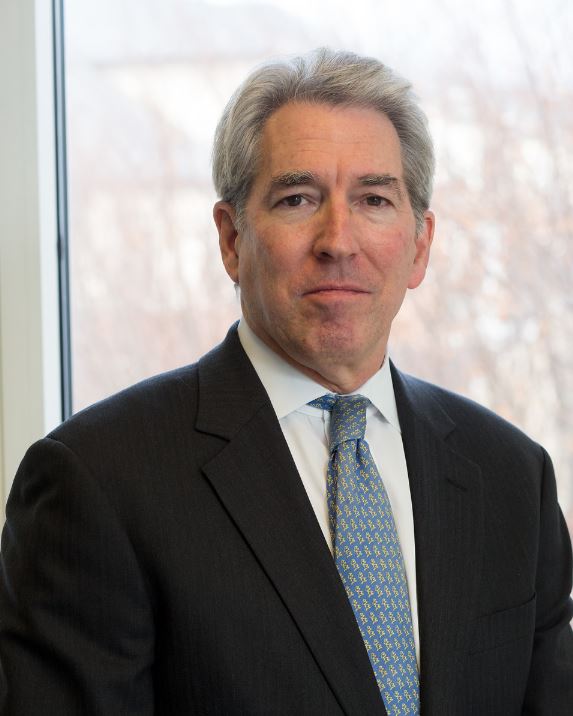