The Potential And Future Of Cell Therapy 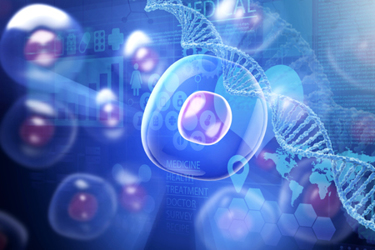 There is much excitement around cell therapies due to the increasing understanding of their potential for treating a variety of diseases. If successful, these therapies represent a quantum leap forward in disease treatment. As a result of key advances in the R&D, we can now engineer cells as biological machines capable of many complex functions instead of relying on systemic administration of relatively unsophisticated biomolecules.

We have witnessed two major generations of therapeutics that have come before cell therapies: small molecules and macromolecules (or biologics). Small molecules were the original trailblazers and generally work by mimicking biochemistry that can impart benefit the patient, generally in a mechanistically non-specific way. Macromolecules, such as monoclonal antibodies and recombinant proteins, enabled the development of more mechanistically defined interventions that could engage targets with relatively high specificity.

Engineering cells as a therapeutic is a fundamental leap because cells are the basic functional units of the body and are capable of many sophisticated functions. The relative physical scale alone helps illustrate this point - a cell is ~1000x the size of a biologic. Cells are tiny biological machines that can sense and respond to local milieu, produce material, kill, or defend other cells, seek out targets throughout the body, and regulate their own function over time. Their potential for transformative patient impact across diseases is immense, however little of this opportunity has been realized to date.

Cell therapies today are in their infancy relative to what they could become due in part to two major constraints:

1) the difficulty in engineering cell functions; and

2) the barrier presented by manufacturing cell therapies at scale.

These constraints mean there are few therapeutic strategies that can be implemented and those that exist often have:

Redefining the Foundation of Cell Therapy

A foundational challenge for cell therapies is delivering active biomolecules into a cell to alter cell function. While the field has made laudable progress in developing novel biomolecules that can be used to control cell function (e.g. mRNA, DNA, CRISPR, siRNA, proteins, peptides, etc.), very little progress has been made on reliably delivering these materials to a cell and enabling robust engineering of cell function without significantly impairing cell health.

SQZ Biotech’s Cell Squeeze® technology extends beyond current technologies, primarily viral vectors and electroporation, with our microfluidic approach, which can deliver virtually any material, to any cell type, while reducing misregulation of cell function.

As we make progress on our therapeutics, our goal is to drive patient impact through the potentially transformational modality that is cell therapy. Redefining the foundation of cell therapies through our technology provides three differentiated avenues to realizing that goal:

At SQZ Biotech, we believe that by solving this foundational problem of cell engineering, we can unleash the true potential of cell therapies and create many impactful therapeutics that were previously infeasible. The flexibility of our cell engineering approach has enabled us to create a pipeline spanning oncology, infectious disease, and immune tolerance all built on the same manufacturing backbone while pursuing dramatically different mechanisms and cell types for treating disease.

All patients deserve access to safe and effective treatments. Current cell therapies can only help a select number of patients with access to top-tier centers, but our hope is that someday, cell therapies are the treatment of choice for many major diseases, with the convenience of being available at patients’ local hospital. By providing a robust foundation for cell therapy creation, SQZ Biotech seeks to lead this transformation and make cell therapies as broadly and rapidly accessible as biologics and small molecules.