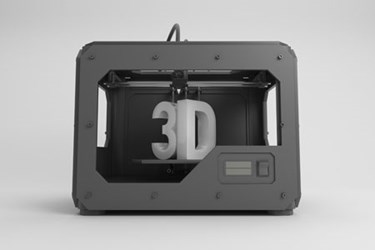 3D printing of vital tissues and organs will play a critical role in reducing organ shortage and transforming the field of regenerative medicine.

Cardiovascular diseases are the leading cause of mortality worldwide with an estimated 18 million annual deaths per data from the World Health Organization (WHO). Typically, cardiac transplantation is a critical option for patients with end-stage heart disease. However, the WHO Global Observatory on Donation and Transplantation (GODT) reports that heart transplants represent less than 3 percent of all transplants with about 3, 500 procedures performed worldwide. Consequently, there is a need for a sustainable source of vital organs, especially hearts. This article will explore the feasibility and potential timeline for widespread clinical use of 3D printed organs.

In the past year, academic institutions such as the University of Minnesota and Israel’s Tel Aviv University (TAU) have developed bio-inks that are capable of being used to create a fully functional 3D printed human heart. BioLife4D is the first U.S. company to “successfully 3D bioprint a mini-heart with full structure of a whole heart, including chambers and ventricles.” 3D Systems, the “originator of 3D Printing,” recently partnered with the nonprofit organization, OpHeart on an initiative that will provide “pediatric heart surgeons with the 3D-printed tools they need to better prepare and rehearse complex surgeries.” While many still struggle with the feasibility of this concept, the truth of the matter is that 3D printing of vital tissues and organs will play a critical role in reducing organ shortage. However, it may take up to a decade before all the intricacies and logistics of 3D bioprinting is fully resolved to the point where it may become a global cardiac health solution.

There are several reasons for this estimated 10-year timeline. First, current 3D printed hearts are closer in size to a rabbit’s heart than the average human heart. For example, journalists who attended TAU’s press event in Tel Aviv were reportedly shown a 3D print of a heart that “looked more like a cherry, immersed in liquid.” Thus, size may be problematic particularly given that obesity is a co-morbidity that is often associated with cardiovascular disease. However,  a 2006 Heart Rhythm Society (HRS) publication suggests that “it is not the heart size per se but its effective size, which takes into account the wavelength of reentry, that determines the ventricular fibrillation (abnormal heart rhythm) pattern.” Furthermore, the same HRS publication indicates that even though the human heart has the largest weight, its effective size is relatively small and is closest to the effective size of the rabbit heart.

Secondly, the human heart is second only to the brain in terms of complexity. In addition to the innate complexity of the human heart itself, the process of transplanting 3D printed hearts is also intricate as well. For example, TAU currently uses an autologous transplant method that involves three important steps: first, a biopsy of a fatty tissue is taken from patients; secondly, the cells are reprogrammed to become pluripotent stem cells, and differentiated to cardiac muscle cells and endothelial cells after which the extracellular matrix is processed into a personalized hydrogel; third, the two cell types are separately combined with hydrogels to form bioinks for the cardiac muscle cells and blood vessels. These processes need to be carefully timed in order to ensure optimal efficacy and safety, which may be exacerbated by the ongoing COVID-19 pandemic.  Additionally, relapse rates are often higher after autologous transplants than after allogeneic procedures, but this is often offset by a lower rate of treatment-related mortality.

Third, it has been difficult to print a 3D heart that can dually contract and pump. It is generally well understood that vascularization is a critical factor for successful implants of bioengineered tissues. Hence, a tissue of more than a few millimeters in volume cannot survive by diffusion and requires formation of new blood capillaries to supply essential oxygen and nutrients. In other words, the currently available 3D printed hearts would need to form a pumping ability and also contract in order to be considered fully functional. Fortunately, researchers at the University of Minnesota were able to attain the critical cell density required for the cardiac cells to beat synchronously as a normal heart would beat. This virtually impossible feat was made possible by the development of a bio-ink that “promoted cell viability and enabled human induced pluripotent stem cell or HiPSc proliferation and subsequent differentiation into cardiomyocytes.” However, the long-term clinical durability of the 3D printed human heart remains to be seen particularly outside of the highly controlled laboratory setting.

Finally, the source of the biomaterial for the 3D printed heart is important. Many bio-inks are sourced from animals or synthetic materials. Current 3D bioprinted hearts such as BioLife4D’s bioprinted hearts rely heavily on autologous methods in which the bio-ink is developed using specialized heart cells obtained from the patient combined with nutrients and other materials that will optimize cell survival for the bioprinting process. For example, CollPlant Biotechnology, an Israeli-based regenerative and aesthetic medicine company, has stated that its plant-based, recombinant human collagen or rhCollagen platform is the “gold standard scaffold for tissue regeneration because it is identical to the type 1 collagen produced by the human body.” The company also cites several advantages to its bio-ink, including improved biofunctionality. These claims seem to be substantiated by recent strategic partnerships with 3D Systems and United Therapeutics, which are initially focused on lung regenerative medicine with the potential to explore 3D bioprinting of hearts and other vital organs.

Taken together, 3D printing of human hearts holds great promise. However, scalability of this technology requires “off-the-shelf” sustainable sources of bio-ink to ensure those in critical need will have access in both economically developed and developing countries.  Subsequently, it may take at least 10 years before we have heart printers in sophisticated hospitals, and it may take almost two decades before these procedures become routine. Moreover, impoverished countries may not have sufficient capital to purchase and use the medical infrastructure required for proper administration. Yet, given the gravity of cardiovascular disease, one can only help but remain optimistic that we will one day work out the clinical and economic intricacies of 3D printed hearts.

Dr. Sophia Ononye-Onyia is a Yale-trained molecular oncologist and founder and CEO of The Sophia Consulting Firm, a New York City life-sciences marketing and communications consultancy. She is also the host of her firm’s Amplifying Scientific Innovation Podcast.