By Kevin A. O’Connor and Michael B. Harlin, Neal Gerber Eisenberg 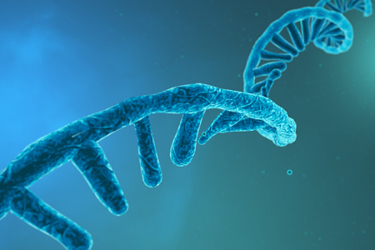 The COVID-19 pandemic thrust RNA-based therapeutics into the spotlight as the world eagerly awaited vaccines against the novel coronavirus. Only a handful of RNA-based therapeutics had received regulatory approval before the pandemic, and most were for treatment of relatively rare genetic diseases. As 2022 comes to a close, billions of doses of messenger RNA vaccines directed against the SARS-CoV-2 virus have been delivered across the globe and, in turn, generated billions of dollars of revenue for their manufacturers. Not surprisingly, the resounding success of the COVID-19 mRNA vaccines has sparked renewed interest and further development of RNA-based therapeutics. Messenger RNA, or mRNA, vaccines are currently being developed for a variety of other infectious diseases like influenza and HIV and also for numerous types of cancer. The rapid development and deployment of COVID-19 mRNA vaccines altered the trajectory of the pandemic and ushered in a renaissance in RNA technology.

Yet as the COVID-19 mRNA vaccines were being developed and receiving Emergency Use Authorization, concerns were being raised that patents on various aspects of the vaccines would hinder deployment and further technological advancement. Some of these concerns were alleviated when companies like Moderna pledged not to enforce its patents related to its COVID-19 mRNA vaccine during the pandemic. Nevertheless, the number of entities holding patents and patent applications related to RNA-based therapeutics serves to create a complex patent landscape that will need to be carefully navigated by companies wishing to make use of the technology going forward.

Indeed, most companies refrained from filing patent lawsuits during the height of the pandemic, probably fearing a storm of bad publicity if they were perceived as interfering with the worldwide fight against COVID-19. However, as the intensity of the pandemic has waned, several entities have recently filed patent infringement lawsuits against the manufacturers of COVID-19 mRNA vaccines. Alnylam has sued both Pfizer and Moderna, alleging infringement of patents1 relating to biodegradable lipids for delivery of nucleic acids.2 Moderna has filed a patent infringement complaint against Pfizer and BioNTech alleging infringement of a U.S. patent related to delivery and formulation of engineered nucleic acids, as well as two other U.S. patents related to betacoronavirus mRNA vaccines.3

The concept of developing RNA-based therapeutics can be traced back decades, long before COVID-19 emerged. Discoveries by Katalin Karikó and Drew Weissmann, which were published beginning in 2005, are widely recognized as seminal and groundbreaking, showing that RNA could be modified to make it more feasible to use as a therapeutic.4 While numerous awards have been bestowed upon these mRNA innovators,5 the path from conception to administration to human beings was not a straight line; it required many more innovations to make it possible.

Several challenges needed to be overcome to enable RNA molecules to be utilized therapeutically:

Over time, many solutions to these challenges have been provided by researchers at various universities and companies. For one, optimization of structural components of RNA molecules, such as the 5’ cap and the 3’ untranslated region, has increased the stability and translation efficiency of mRNA molecules. Additionally, the utilization of non-immunogenic nucleosides such as pseudouridine avoids the undesirable inflammatory response. In the vaccine setting, further modifications to the mRNA molecule, such as by linking the coding portion to lysosomal or endosomal targeting signals, improve antigen presentation. Finally, various delivery vehicles and formulations such as lipid nanoparticles, or LNPs, have been developed to protect the RNA molecules and enable targeted delivery. Notably, these types of technological advances are not necessarily specific to any target or disease but instead represent platform or foundational technology that may be employed in numerous RNA-based therapeutics.

How Can Developers of RNA-Based Therapeutics Mitigate Patent Risks?

Companies desiring to commercialize RNA-based therapeutics will need to understand and evaluate the patent landscape related to RNA-based therapeutics. To navigate this landscape, a company must first identify any patents or pending patent applications that may be relevant to its contemplated product (including any methods of use or manufacture). After evaluating the scope and validity of such patents, the company may then assess its risks and develop its patent strategy. The company may choose to mitigate patent risk(s) by obtaining licenses from the appropriate patent owner(s). In-licensing has numerous precedents in the biotechnology industry, particularly where patents cover a platform technology that may be applicable to an entire class of therapeutics. Examples of licensed platforms include antibody humanization technology, chimeric antigen receptor (CAR) technology, and, more recently, CRISPR as a gene-editing technology. Alternatively, in some instances, the company may determine that a patent does not validly cover its contemplated product and prepare to defend itself against any dubious allegations that might be made against that product.

It is widely understood that the high cost associated with development of biopharmaceutical therapies, including several phases of clinical trials, typically requires some form of patent exclusivity to incentivize a company to engage in the rigorous development and approval process that is often fraught with failure. As such, at least two strategies have been employed to simultaneously address the desire for widespread access to platform patents and the need for patent exclusivity for human therapeutics: (1) non-exclusive in-licensing of platform patents, usually coupled with a licensee’s effort to obtain its own patents on molecule-specific or disease-specific applications; and/or (2) exclusive in-licensing of platform patents on a target-specific or disease-specific basis.

Recent developments in the field of RNA-based therapeutics reflect these approaches. In January 2022, Pfizer announced that it had entered into an agreement with Acuitas Therapeutics under which Pfizer will have the option to license, on a non-exclusive basis, Acuitas’ LNP technology for up to 10 targets for vaccine or therapeutic development. And in March 2022, Moderna revised its earlier pledge, no longer refraining from all enforcement of its patents while announcing that it is willing to license its technology for COVID-19 vaccines “on commercially reasonable terms.” Moreover, even as entities have now begun to file patent infringement lawsuits against the manufacturers of COVID-19 mRNA vaccines, the patent holders have been careful to emphasize that they are not seeking an injunction that would impede production, sale, or distribution of any COVID-19 mRNA vaccine.

Companies should also understand that their investments and efforts in developing their contemplated products may lead to patentable inventions of their own. The patent landscape for RNA-based therapeutics is not closed or static – to the contrary, it continues to expand. According to a 2020 review of patent filings related to mRNA vaccines, “The patent-filing activity grew dramatically over the past five years for both infectious disease and cancer indications.”7

As always, it remains important to identify relevant patents and applications and carefully assess the risks that they might impact commercialization of a company’s contemplated therapeutic products. In light of the historic success of mRNA vaccines deployed against a global pandemic, it will be critical to be vigilant with respect to patent rights, especially as a product’s prospects for approval and commercial success increase and draw attention from competitors and others. Nevertheless, many patent holders will be amenable to out-licensing and/or cross-licensing agreements to provide access to platform patents needed to commercialize RNA-based therapeutics.

Kevin A. O'Connor, Ph.D., is a partner at Neal Gerber Eisenberg, a Chicago-based law firm. He represents clients in all aspects of patent law, including M&A due diligence investigations, patent counseling and prosecution, strategic management of patent portfolios, and opinion preparation. His practice focuses primarily on the biotechnological, pharmaceutical, and medical device industries. He received his Ph.D. in neuroscience from the University of Colorado and was a member of the Molecular and Cellular Pathobiology Program at Children’s Memorial Research Center in Chicago. In this role, he studied the pathophysiology of juvenile dermatomyositis, a rare, pediatric autoimmune disease.

Michael B. Harlin is a partner at Neal Gerber Eisenberg, a Chicago-based law firm. A patent attorney in the firm’s Intellectual Property practice group, he assists clients in protecting their complex technologies through patent counseling, prosecution, transactions, license and transfer negotiation, opinion preparation, and adversarial proceedings before administrative agencies and courts throughout the country. His chemistry background enables him to develop patent portfolios for life sciences products, including pharmaceuticals, biologics, diagnostics, genetics, and laboratory instruments. Harlin also provides counsel on major acquisitions and collaborations involving risk assessments and agreements, including those with IP, corporate, antitrust, and regulatory components.