The Endless Possibilities Of Closed-Loop RNA

By Diego Miralles, CEO-Partner at Flagship Pioneering and CEO of Laronde 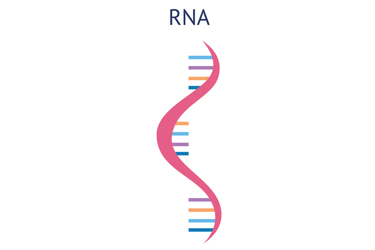 Existing protein therapeutic modalities have drawbacks that limit the diseases they can treat or the patients who can access them. Many of these drawbacks arise because protein therapeutics have to be highly engineered to enhance their pharmaceutical properties, made outside the body through complex manufacturing, then introduced into the patient — often repeatedly — making for complex and costly manufacturing, often inconvenient delivery, frequent dosing, and limited patient access. As a result, a very limited number of the world’s eight billion people have access to protein therapeutics.

Therapies based on expressing the proteins encoded in genes, notably through translatable RNA like mRNA, aim to overcome these limitations. Translatable RNA can co-opt the patient’s own cells to produce therapeutic proteins, including immunogenic antigens, antibodies, and secreted peptides. mRNA has proven to be a powerful therapeutic class, as exemplified by its role in COVID-19 vaccines. But its role as a potential therapeutic class to address chronic diseases is limited by its intrinsic instability, short-life, and immunogenicity, which represents a big barrier to repeat dosing.

The world of RNA now encompasses multiple types of RNA. Circular RNA is a particularly intriguing format: in circular RNAs, the free 3' and 5' ends found in linear RNA forms are joined together to form a closed-loop that appears to render them stable and long-lasting; this is likely due to their lack of free ends making them impervious to exonuclease digestion. But these naturally occurring closed-loop RNAs are also noncoding, meaning that they cannot translate their sequences into proteins.

Laronde has managed to engineer closed-loop RNA into a translatable form of RNA, a programmable "engine" called Endless RNATM (eRNA). eRNA is a versatile synthetic RNA platform that instructs cells to express a desired therapeutic protein and, because of its natural stability, the protein expression is persistent for long periods of time which is very differentiated from that observed with linear translatable RNA. In addition, because of its lack of immunogenicity, it also allows for repeat redosing. Lastly, because of its inherent stability, it allows for multiple routes of administration, including subcutaneous dosing, which opens a large swath of therapeutic indications with improved patient convenience. All these features —persistent expression, redosability, and multiple routes of administration — represent a huge therapeutic leap because, to date, they have not been available with other modalities.

Reading on a Loop

In our early explorations of naturally occurring circular RNA, the company’s founders wondered what would happen if these closed-loops could be engineered to engage the ribosome and express the proteins encoded in its sequence. Would a stable and persistent expression of the encoded "message" emerge? Would the ribosome keep going around and around, reading the RNA in a "rolling circle" of translation?

The first challenge in probing these possibilities was getting the ribosome to engage with circular RNA since it lacks the free 5' end needed in canonical processes to engage the ribosome to start reading mRNA. The solution was inspired by canonical and non-canonical translation mechanisms, including those used by some viruses, whose genetic sequences contain Internal Ribosomal Entry Sites (IRES) able to engage the ribosome. We incorporated an IRES into the closed-loop RNAs while also optimizing for many other features with resulting expression of the open reading frame with encodes the protein of interest.

The true “eureka!” moment came in head-to-head comparisons of eRNA encoding the short-lived, light-emitting firefly enzyme G-Luc, and an optimized mRNA encoding the same protein. Both RNAs expressed the protein in the animals' bloodstreams. However, the enzyme produced by mRNA began to disappear after 3-4 days as expected, while the eRNA continued to produce the enzyme for several weeks – a level of endogenous persistent protein expression that was never before seen in the therapeutic world.

Beyond persistence, another key to the power of eRNA is its programmability. Each closed loop of eRNA contains a “cassette” that codes for the desired therapeutic protein; the cassette can be digitally designed on a computer then inserted into the eRNA. This programmability enables the rapid generation of eRNA that, by simply switching the protein-coding cassette, produces a diverse array of individual proteins and protein modalities including secreted peptides and proteins, enzymes, antigens, channels, receptors, and antibodies – both inside or outside the cell. The pharmaceutical product is essentially a "script" that is read by the cell and directs it to produce the desired therapeutic protein.

The result is programmable, persistent therapeutic protein expression within the patient's own body. eRNA is long-lasting, continually working in the body far longer than other translatable RNA modalities, potentially representing a significant improvement over existing therapeutic peptides, proteins, and antibodies. Additionally, eRNA is not immunogenic and can be repeatedly dosed, opening up the potential to treat chronic or lifelong diseases with protein therapeutics. eRNA is also amenable to multiple routes of administration, including the much more patient convenient subcutaneous dosing. Together, these features could translate to patient benefits, such as less frequent dosing, easier administration, lower costs of goods, and greater accessibility for patients.

The advantages of eRNA could also extend to current gene therapy approaches, which are designed to permanently modify cells using a vector in order to achieve persistent protein expression of the desired gene. By contrast, eRNA achieves long-lasting protein expression through an approach that is not permanent and, therefore, potentially safer, allowing the possibility for lifelong protein replacement through infrequent repeated dosing.

eRNA gives Laronde the ability to engineer medicines, intentionally and predictably. We have continued to optimize methods for building and manufacturing eRNA at scale. The platform's power and scale will also allow Laronde to prosecute multiple programs and products in parallel as it rapidly builds out its infrastructure and diverse pipeline. We will initially pursue targets that have well-established biology, where there are multiple opportunities to develop best-in-class medicines without biology risk – with this powerful new approach to therapeutic development we hope to have a huge, positive impact on millions of patients around the world. 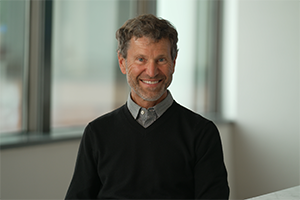 Diego Miralles is a veteran pharmaceutical and biotech leader who joined Flagship Pioneering in 2020, as CEO-Partner and CEO of Laronde.

Diego was previously CEO of Vividion Therapeutics, Inc., a biotechnology company focused on the creation of highly selective small molecule medicines that drug traditionally inaccessible targets. As CEO, he led a team that raised over $360 million in venture capital and two large partnerships with BMS/Celgene and Roche. Prior to this role, he was President of Adaptive Therapeutics, a division of Adaptive Biotechnologies focused on clinical therapeutic applications of TCR sequencing.

Diego also spent eleven years at Johnson & Johnson, where he most recently served as Global Head of Johnson & Johnson Innovation. Diego’s many achievements at J&J include leading Janssen’s Research and Early Development Unit in California and establishing the J&J Innovation Centers and Janssen/JLABS. Diego was also Vice President of Clinical Development at Tibotec, a J&J company, where he led a team that put six drugs in the clinic, ultimately garnering five approvals, including PREZISTA® and INTELENCE®. Earlier in his career, he served in R&D roles at Trimeris, Inc. and Triangle Pharmaceutical focusing on the development of antivirals. During that tenure, he worked on the clinical development of a total of eight compounds, two of which ultimately made it to the market: Fuzeon and Emtriva.

Diego began his academic career as an Assistant Professor at Duke University Medical Center, where he practiced as an HIV physician and conducted basic research in T cell development. He received an M.D. from Universidad de Buenos Aires, Argentina and conducted his residency at the Mayo Clinic in Rochester, Minn., and his fellowship in Infectious Diseases at New York Hospital-Cornell University Medical Center.