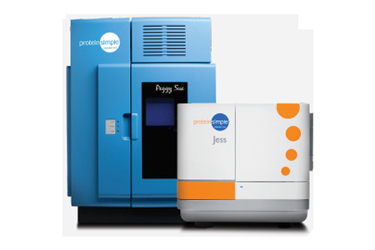 Specific detection of proteins is central to biological research. The standard assay for accomplishing this has traditionally been the Western blot because it incorporates molecular weight information and antibody-based detection to provide high-specificity measurements of protein identity and abundance. Developed in the 1970s1, the Western blot is traditionally a manual workflow that suffers from lack of reproducibility among other challenges. Primary among these challenges is how to analyze and publish Western blot data, which at its core is simply an image of a membrane with chemiluminescent or fluorescent signals while meeting established guidelines for reproducibility and rigor. With modern image analysis software, it is easy and therefore tempting to manipulate Western blot data and images, which can lead to a misrepresentation of the results. An eye-opening study found that approximately 25% of accepted papers contain at least one instance of an improperly modified image, and many of these images were Western blot data.2 In addition, despite being a qualitative assay by nature, researchers have bent over backwards to glean quantitative information from traditional Western blotting images that arguably isn’t there to begin with.3,4

To meet this challenge, the National Institutes of Health (NIH) Initiative on Rigor and Reproducibility was established to ensure robust, unbiased experimental interpretation and reporting of results and affirm the importance of data reproducibility.5

Simple Western™ systems, which launched in 2011, have emerged as a powerful tool to replace traditional Western blotting workflows while meeting established guidelines on reproducibility and rigor.7 This white paper examines how Simple Western overcomes the challenges and pitfalls associated with traditional Western blots to produce publication-ready data that meets the highest standards of data integrity and rigor.