Straight Talk From BeiGene On Quality, Compliance, And Outsourcing 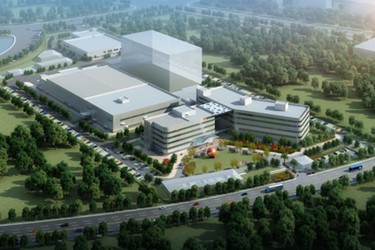 It was time within our greater ruminations on China to speak directly with a quality executive at a drug developer and manufacturer based there.

BeiGene is a biopharma developing and commercializing innovative cancer drugs for global markets. It has been dubbed as a potential “Genentech of China.” The company also has locations in the U.S., Australia and Europe.

During our conversation, I put Francis on the spot a number of times; she did not equivocate in her replies. She spoke openly about her role, BeiGene’s global strategy, and the outsourcing – from China – of a drug developer and manufacturer.

From China To The World 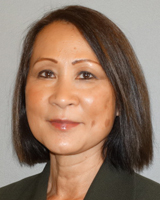 For example, as we discussed the strategy for getting BeiGene’s innovative – including immuno-oncology – drugs approved in China and the U.S. and EU, I asked if it will be about a five-year process before BeiGene is ready to welcome the FDA into their facilities for a product-production inspection.

“No, it’s not that far in the future,” she replied emphatically. “Obviously, I’m speaking from a quality perspective, and saying that our systems will be ready whenever a product is approved for an FDA or an EU inspection. My objective is to build the quality system to pass China FDA, U.S. FDA, and European inspections.”

When pressed further: “We are working towards being FDA ready in 2019.”

I follow that up by asking if BeiGene may in fact accomplish an historic first in U.S.-China drug development and manufacturing relations.

That is, the first time an innovative drug is discovered, developed, and manufactured in China (and the U.S.) by a Chinese biopharma, and then FDA-approved and prescribed to patients in the U.S.

“Again, from my perspective, that is a possibility,” she says. “Part of that also depends on how fast our Chinese competitors establish and implement their international strategies. It depends on a lot of factors of course, but yes, it's possible we could be the first.”

Before joining BeiGene in 2017, Francis was at Medivation, where she built the quality and GxP compliance function supporting the commercialization of XTANDI (enzalutamide). She also worked at Theravance, and in fact started her career at Genentech. Part of the lure that drew Francis to BeiGene was the reputation of its American Chairman, Co-founder and CEO, John V. Oyler.

Francis said while the mission she was hired for is challenging, it is perfectly clear: Bring BeiGene facilities up to the highest global standards, and able to take on any global regulatory agency’s audit.

A major challenge is she won’t be starting from scratch. There was a well-defined quality group running operations in China when she joined the company. “So we need to harmonize existing quality systems to those global standards,” she explains.

Francis confirms, as we’ve been told recently, there is a “self-realization” among China quality professionals that they need to improve before attempting to meet FDA or EMA requirements. She’s already put in place a “gap analysis” to bolster that process of improvement.

She explains that China’s GMP requirements – which are being updated by the newly reorganized China FDA, now know as the National Medical Products Administration (NMPA) – have been closely adapted from regulations implemented in Europe.

These EU regulations are more “implicitly instructive,” compared to FDA regulations. As such, she says, Big Pharma particularly have become adept at interpreting how to be compliant and build systems meeting the requirements of the FDA. BeiGene needs to learn that as well.

And while many of Francis’ new colleagues have previously worked in regulatory units at multinationals, in practice they’ve had to replicate either an existing U.S. or European quality system. “We're learning how to bring a broader-based understanding to an existing quality structure already in place in China, and helping our colleagues come up to that globally recognized level.”

Aside from its in-licensed commercial products (BeiGene markets ABRAXANE (nanoparticle albumin–bound paclitaxel), REVLIMID (lenalidomide), and VIDAZA (azacitidine) in China under license from Celgene), and other earlier-stage collaborations, BeiGene’s drug discovery is primarily performed in-house. It manufactures its own materials for toxicology and animal studies, up to IND-enabling first-in-human levels.

It’s at the later stages that BeiGene uses CDMOs. They can be located in APAC countries, the EU or U.S. Within Francis’ purview, the strongest manufacturing relationship is in Germany, with Boehringer Ingelheim, which also operates a manufacturing facility in China that BeiGene utilizes.

BeiGene has an active “CMO management program,” with oversight that includes: a rigorous due-diligence process and CMO qualification audits, routine and periodic assessments, and most specifically, BeiGene strictly adheres to a person in the plant (PIP) requirement.

During manufacturing at a CMO, the embedded PIPs can be quality and/or technical professionals, “closely watching the manufacturing of the product, so they can address any issues in real time.”

BeiGene concludes quality agreements that “bind the CMO with BeiGene, and in which we carefully define all the GMP responsibilities each party is responsible for.”

There are weekly calls with CMOs to discuss upcoming events and challenges. “For example, with a stability program, if we have a time-point that falls out from our program, we get involved in ensuring the CMO conducts a thorough investigation. We have scientists who know and understand the molecule well; they share that information with the CMO and their analytical group,” she explains.

BeiGene does not solely rely on the CMOs to do product release, but has “an extra layer where we also review and approve before any product is positioned for use in any of BeiGene’s clinical trials.”

Additionally, BeiGene defines “key performance or quality indicators” to monitor how well individual CMOs are performing, how responsive they are, their change controls, and how long requisite investigations and CAPAs remain open.

Supplementing oversight during manufacturing are “governance face-to-face meetings to see what's working and what's not working within the relationship, and discuss how we can do a better job.”

None of this differs with the location of the CMOs. However, particularly regarding working with Chinese CMOs, Francis will offer a deeper perspective in our follow-up editorial.

Conclusion To Part One

Francis has clarified and confirmed a number of items to assist us in our continuing investigation into the U.S.-China drug development and manufacturing relationship.

First, the China biopharma industry is indeed speeding towards bringing innovative drugs to China, the U.S. and other global markets.

Second, because this can only be accomplished with the highest of quality standards, China biopharma are raising the bar on their quality systems and the operations needed to meet global – particularly U.S. FDA – standards, and the understanding of those standards. And, as we have noted previously, they have the newest of technologies and equipment to work with, and often newly constructed facilities.

And third, China biopharma outsources much like the rest of the world, i.e., utilizing domestic CMOs when possible, but also working with service providers around the globe.