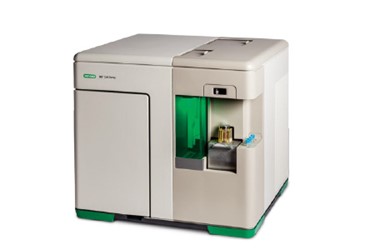 Bone marrow (BM) mesenchymal stem cells (MSCs) are multipotent adult stem cells with the capacity to differentiate into cells that compose adipose, bone, cartilage, and muscle tissue, presenting a wide potential for cell-based therapies. According to the minimal criteria published by the International Society for Cellular Therapy and multiple studies (Boxall and Jones 2012, Dominici et al. 2006), CD73, CD90, and CD105 are the primary markers to identify MSCs across species, and their expression levels tend to be stable during culture. In contrast, CD106 (VCAM-1) and STRO-1 were reported to represent the most potent and undifferentiated MSCs, and they exhibit reduced expression levels after multiple passages (Boxall and Jones 2012, Halfon et al. 2011, Liu et al. 2008). Although no formal consensus has yet been reached on which markers may be best suited for bone marrow MSC identification, cell sorting by flow cytometry remains the most efficient approach to isolate MSCs from a highly heterogeneous environment like bone marrow. By using flow cytometry, MSC surface markers along with negative selection markers can be used to exclude contaminating hematopoietic cells (for example, CD19, CD34, CD45, or MHC II).

In this study, we used the S3 Cell Sorter to analyze and purify prospective MSCs from passage 1 (P1) and passage 3 (P3) bone marrow cultures. S3 Cell Sorter performance was evaluated and sorting data were compared between P1 and P3. The data presented here show the capability of the S3 Cell Sorter to isolate rare MSCs from a mixed bone marrow culture with satisfying sort efficiency and postsort purity. The finding that most of the P3 cells lose the expression of MSC markers CD106 and CD73 demonstrates the critical need for a better in vitro culture approach that can be implemented for tissue engineering and regenerative medicine strategies.