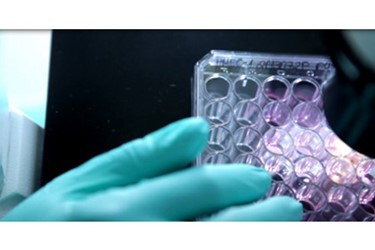 A World Leader in viral vector technologies for gene and cell therapy announces $6.6M revenue for the first half of 2019.

SIRION Biotech GmbH (“SIRION”), a world leader in viral vector-based gene delivery technologies for gene and cell therapy, announced financial results for the first half of 2019.  SIRION’s viral vector technologies make breakthrough advances in cell and gene therapy possible.  Gene and cell therapy are among the hottest topics in modern drug development.  Viral vector technologies are the most promising gene edition tools with significant potential both as therapeutics for a growing number of indication areas and for further technical improvement.  Earlier this year, SIRION opened a US office in Cambridge, Massachusetts.

With international offices and staff in Munich, Paris, and Boston, they are committed to supporting their existing customers and further expansion through investment in additional lab infrastructures and technology developments both in Europe and USA.

Chief Operating Officer of SIRION, Dieter Lingelbach said, “We are readying the company for increased demand of our viral vectors, offering the highest quality standards and upscaling capabilities. In the third quarter of 2019, SIRION will continue to grow its onsite presence in Massachusetts through its wholly-owned subsidiary, SIRION Biotech International Inc. as it continues to expand into the US market.”

SIRION has high hopes for the future and financials show it’s just the beginning.

If you would like to schedule a time to learn more through a conversation with Dieter Lingelbach, COO or Dr. Carl Christel, Global Marketing Director & Sales of SIRION, I would be happy to do so.