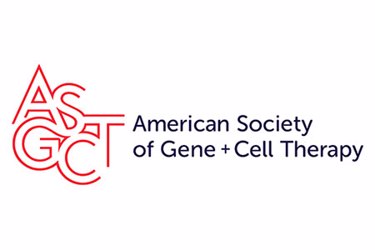 The historic FDA authorization of two mRNA vaccines one week apart in December — and another adenovirus-based vaccine less than three months later — is an incredible achievement for the field of gene and cell therapy. The Pfizer and Moderna vaccines are the first two mRNA vaccines that have ever been approved by the FDA. The technology behind these vaccines, however, is far from new, and as scientists, we need to help each other in our outreach efforts as we work to build trust among the general public around these vaccines, especially in vulnerable and underserved populations.

While these vaccines represent a victory for the scientific community and should be celebrated, we also have a responsibility to educate as many people as we can about their safety and efficacy.

One way that the American Society of Gene and Cell Therapy (ASGCT) has tried to make this information more accessible is by releasing new educational resources to explain how mRNA vaccines work and why they are safe and effective. ASGCT will also release similar information on adenovirus vaccines. Since many of ASGCT’s members are scientists who have spent years researching mRNA biology and its potential use in vaccines, the Society is well positioned to share this knowledge. The resources answer common question about the vaccines and explain that, since the use of mRNA in medical interventions and vaccines has been researched for the last 20 years, it was ready to be applied to the virus SARS-CoV-2, which causes COVID-19.

Unfortunately, we are still up against widespread skepticism in science. The skepticism about vaccines is best understood in the broader political context of the past few election cycles in the U.S., as well as the rise of social media, which can be an unreliable and at times manipulative information source for the public. We can refer to excellent sources here from Sinan Aral’s “The Hype Machine” as well as articles by Dr. Peter Hotez, who has been as tireless an advocate for public health as Dr. Anthony Fauci and others.

What scientists like us know about the mechanisms of the vaccines and their function in vivo seems to be largely irrelevant to these necessary conversations with vaccine skeptics. There are excellent peer-reviewed publications available for free but most of these skeptics will neither read them nor keep an open mind for productive dialogue. Instead, there is an obsession on limiting news ingress to their trusted sources, which tends not to be ones run by scientists and experts, but ones that feed their fears and insecurities. These people may feel informed and capable, but drift further away from first principles and deeper understanding. The insights that could help them lead more fulfilling and sustainable lives remain out of reach. No amount of information on the vaccines or how they work will change this grand social experiment we are currently undergoing. To really reach the core of the vaccine skeptics movement, we will likely need to take a more systematic approach, likely involving advances in the regulation of the social media networks and news sources. The recent and deep self-inflicted wounds of the election campaigns will also have lasting ramifications and will not heal overnight.

Scientists also need to communicate about the benefits of these vaccines with vulnerable populations. Organizations that may serve as a bridge between these groups include schools and community colleges, neighborhood cultural centers, senior centers and nursing homes, rehabilitation clinics, homeless shelters, places of workshop, cultural events and festivals, and patient advocacy groups. Since they are written for a public audience, ASGCT’s educational resources may be greatly beneficial to these groups.

To reach those who are skeptical, we may be better served by pointing out that vaccines will preserve our jobs, our freedoms, and our lifestyles that many (including myself) had taken for granted before the pandemic. We are now doing well as a country and in a few months have largely recovered from the mistakes and inaction that have occurred over the past year. New York City has pushed hard to vaccinate more than 4 million people (some of which aren’t even residents) and will see a commensurate drop in cases in the coming weeks as we consider the two-to-four-week lag time that was observed in Israel — a country that gets an A+ in its government’s response to the pandemic. The state of New York has released the Excelsior Pass, which is like a mobile airline boarding pass, to show digital proof of COVID-19 vaccination or negative test results. As more fully vaccinated people safely engage in fulfilling activities, this will present a positive example of information technology and vaccine technology helping limit the spread of SARS-CoV-2. New York City was one of the earliest urban centers in the U.S. to get hit by the first wave of the pandemic last March. Observing how a large, diverse metropolis handles ongoing vaccination campaigns this year will fittingly enable vaccine skeptics across the country to see (ideally by visiting in person) how careful easing of restrictions will eventually follow suit for those who take responsibility for the health of their immune systems by following vaccination guidelines.