RNA Takes The Spotlight In The Era Of Precision Medicine 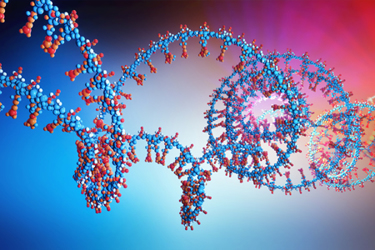 Since the start of the Human Genome Project in October of 1990, we have seen the terms “genetics'' and “genomics” take on a number of associations. I remember excitedly sharing with friends and family that I would be moving to start my graduate studies, a PhD in molecular genetics in 1997. Right on the heels of the successful cloning of the sheep Dolly in 1996, the word “genetics” was synonymous with “cloning” to many people, and so my friends and family mistakenly thought my career would focus on cloning. Even today, many people assume that because I work in genomic sequencing I must be doing something like CRISPR or perhaps looking at ancestral information like 23andMe. What many have not realized yet is that the uses for genetic information are almost infinite, and what began with mapping the human genome now touches not only cloning, but also vaccines, diagnostics and dog breeding, to name just a few.

Back in 1998, I moved across the country to Washington University in St. Louis to join the groundbreaking Human Genome Project (HGP), which was in full swing. Never before had we seen such a well-funded project that brought together the best of the world’s expertise in engineering, mathematics, computer science and biology. The ambitious experiments, enormous amount of data, and cutting-edge analytics generated from this project fit my interests in both computer science and genetics. At the time, there were only about a dozen computational biologists in the United States and nine of them had gone to WashU specifically for the HGP. I didn’t have to be a statistician to like the odds of finding the right course of study to use both genetics and computer science with a mentor who could prepare me for a career in such an innovative field.

My first year at WashU landed me in a lab of over 300 scientists co-located where the Human Genome Project was burgeoning. The lab I landed in was unique. Unlike everybody else focused on DNA, this was a group focused on RNA. More specifically, we focused on messenger RNA (mRNA) as a tool to map to each chromosome being sequenced, and define the protein coding regions of the genome. Only 3% of the genome was being annotated through the use of RNA sequencing, or expressed sequence tag sequencing (EST), but the work was incredibly exciting. Every week we saw new analogues of genes that had been known and characterized in other species and discoveries of new genes with unknown function. Every month studies were added, the number of human genes were announced, and the discoveries had people guessing: just how many genes were there in the human genome? Estimates moved from 10,000 to 30,000 and soon surpassed estimates of 100,000 genes. At the yearly Cold Spring Harbor (CSH) Genome meeting, there is a story about a hat being passed where people wrote in their name and their guess on the number of genes.

During this time of the HGP, RNA played a supporting role, while DNA was the clear star of the show. RNA data was thought of as complementary to the comprehensive discovery of genes. But our new understanding of mRNA uncovered relevant areas that related to the function of the genome and is now seen as an essential part of the project. Working with RNA during the years of the genome project presented numerous challenges due to the instability of the molecule, the high copy numbers, and the deep complexity. These were the years prior to next generation sequencing (NGS) that would ultimately be needed to unlock the discoveries encoded in the dynamic and complex component of the RNA.

The Original Challenges Associated with RNA

The RNA molecule has a number of characteristics that make it much more difficult to work with than DNA. For example, since every tissue and cell type has a specific function, it only stood to reason that a specific subset of RNA’s were being transcribed, ultimately becoming the functional proteins at work in those organs and tissues. This was a challenge for our lab because there was so much data and complexity and we were not getting a full picture of human genes from any one sample. The more tissues and developmental stages we were able to get our hands on, the more genes we discovered. During this time of the HGP, our tools, instruments, and machines were the first of their kind, unlike those that we use today that we refer to as next generation sequencing (NGS). In those years, we were sequencing constrained and had to perform digestive normalization procedures in the lab to reduce redundancy of RNA reads prior to sequencing in order to sequence “deeper into the library” and observe more gene sequences. I find it interesting that the deep complexity which presented challenges during the time of the HGP are now the strengths of the RNA molecule as we see it today.

Fast forward to today where we are no longer sequencing constrained and the power of RNA has been revealed. We are isolating single cells and defining the entire RNA landscape of cell types learning more about the dynamic biology of individual cells than we have ever known. We are sequencing well past the highly represented genes uncovering the lower expressed genes that play critical roles in human health. We are discovering all of the genes co-regulated and implicated in gene expression pathways allowing us to build models of biology and disease much more comprehensively and as a result much more accurately than ever before possible. We are now defining cell types, biology, and disease through RNA.

The Human Genome Project officially completed in April of 2003, and a new era of Precision Medicine began. Discoveries made during and after the project transformed many areas of medicine including virology, infectious disease, microbiology, and so much more. As the machines advanced and sequencing became faster and cheaper, assays became commercial and we could tell patients based on their unique genetic profile what risks of disease they might carry. Things like the BRCA gene grabbed headlines, crimes were being solved with decades old evidence that were sequenced, and every day people could discover their ancestral history with a mail-in kit.

This first chapter of precision medicine after the HGP focused on its star, DNA. But as our instruments continued to become more advanced and our knowledge more complete with the help of NGS, RNA once again gained traction as one of the most interesting and actionable molecules. While the first five years of genomics-powered precision medicine may have been focused on specific gene mutations or single nucleotide polymorphisms (SNPs), we now see in the last five years a focus on what genomic expression profiles (GEP) can inform us about biology and disease.

Why are we seeing this transition, or maybe more appropriately put, this expansion into RNA-driven precision medicine initiatives? DNA is the blueprint of our lives and it has changed our understanding of life. But while it is helpful to know one’s risk of disease based on their DNA, it is a static measure. RNA is dynamic, and therefore a more accurate measurement of what is happening in the body in real time, capturing the onset of disease, impact of treatment, and unfortunate risk of recurrence, which are much more actionable points in a patient’s journey. RNA are the protein builders, and now that we have the technology to learn more about them, we have better tools for advancing precision medicine.

As the insights and applications of RNA continue to expand, I cheer RNA on. As my favorite T-shirt reads, RNA: the central dogma now has a new central figure.

Jarret Glasscock is a geneticist and computational biologist. He is the founder and CEO of Cofactor Genomics, a diagnostic company leveraging the power of RNA and machine learning to build models of disease.  Prior to founding Cofactor Genomics in 2008, Jarret was faculty in the Department of Genetics at Washington University and part of The Genome Institute.  While at WashU, he was involved in the Human Genome Project, published the first Cancer Genome, lead the Institute’s Computational Biology Group, and was part of the Institute’s Technology Development Group tasked with characterizing the first RNA-seq experiments on early instruments such as 454 and Illumina/Solexa(Serial #1).