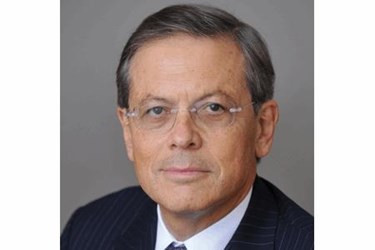 From The July 2016 Issue
Will Kite Pharma Soar Higher In The Engineered T-Cell Race?

Since the war on cancer was first declared, nearly half of those diagnosed today will be cured. Despite this incredible progress, cancer continues to gain ground, recently becoming the number one killer in 22 U.S. states. Arie Belldegrun, M.D., knows a thing or two about cancer. Kite Pharma’s (NASDAQ: KITE) founder, chairman, president, and CEO, has spent his life’s work trying to figure out how to best beat cancer. Prior to this year’s largest global gathering of like-minded cancer experts, the American Society of Clinical Oncology (ASCO) annual meeting, Belldegrun sat down to share his insights on one of the newest weapons for fighting cancer —  engineered T-cells. While the bulk of this biopharma leader’s thoughts were shared in the Life Science Leader magazine July 2016 feature article, there were some additional insights which couldn’t be fit in the print issue. It is a rare opportunity to be able to sit down with someone who has founded three different cancer companies, all while serving as a current professor at UCLA, and authoring several oncology books and more than 500 scientific medical papers. As such, it seemed appropriate to share his not previously published insights here. The following are three questions he answered that were not included in the original article.

What Are The Benefits Of Having A Scientist Like Yourself At The Helm Of An Engineered T-Cell Company?

In this position, you need to know the business, sales, and commercial aspects, as these are the keys to success. What Kite is involved in, immunotherapy and engineered T cell therapy, is so complicated that to just put a chief commercial guy at the helm who does not understand the risk, complexity, and the nitty gritty of producing the cells, in my opinion, creates an issue. We’re not selling a drug in a vial or a pill. We are selling a product and a process that takes two weeks. Every patient is essentially the testing, development, and approval of a new lot of drug every two weeks. Because the process is much more complex, the understanding of the process needs to come from someone who can not only talk the science and translate the medicine, but understand the deep intricacies of clinical trials and eventual commercial manufacture. This is not the standard commercial model, but a new era that requires complete understanding of the entire process from A to Z.

Describe Your Approach To Seizing Opportunity?

Investment and medicine consist of two components — the science and the art. Science involves the plain facts. The art is the understanding of what you can do with the information that is presented. So when the team and I saw patient tumors essentially melting away within a month of therapy initiation, being that the National Cancer Institute was a center of excellence, we knew we were dealing with data we could trust which made us feel very comfortable that we had something. The first goal of this tenured UCLA team wasn’t to run to Wall Street, but to try to repeat the research, maybe even improve upon Dr. Steven Rosenberg’s therapy.

I believe opportunities come when they come, not when you’re looking for them. This is the same thing that happened to me previously at Cougar Biotechnology. There were a few patients being treated in the UK at the Institute of Cancer Research with very advanced Prostate cancer. These patients had multiple metastases all over the bone. However, upon initiation of treatment, not only did their cancer melt away, they started growing normal, healthy bone. That has never happened before. When you see results like what we saw in the UK with Cougar, or what we saw in Dr. Rosenberg’s research with Kite, these are signs, and you can either seize the opportunity and run with it, or ignore it.

At Cougar, where we laid the ground work for Zytiga (abiraterone acetate), one of the most common drugs used in the treatment of advanced Prostate cancer distributed by J&J. We knew five to six years before we had an approval that we had a good drug. Then our focus was to do the right drug development and bring it to the FDA in the proper format. And while we have a similar focus at Kite, we feel we have something very disruptive and innovative that can take healthcare to the next level.

What Advantages Does Kite Has Over The Competition?

First, we have a scientific advisory board which is unlike any other. Members of our board aren’t trophy names that meet two or three times a year just to exchange views. Some of advisory board members are also members of the National Academy of Sciences, and are coming to Kite on a weekly basis to attend our research conferences. Their personal interest is not only in the success of the company, but the success in the science.

Another difference we have is the talent we have accumulated. The leadership team includes folks like David Chang, M.D., Ph.D., who prior to joining Kite was the head of oncology at Amgen. Shawn Tomasello is the former chief commercial officer at Pharmacyclics. Our EVP for Technical Operations, Tim Moore, came from Genentech, and is probably one of the most experienced people in the world when it comes to the manufacturing of human monoclonal antibodies. To bring these types of people to Kite requires not only being able to be convincing, but facilitating understanding of the risks as well as the opportunity. As the CEO of Kite, I put a tremendous amount of effort into personally recruiting for senior management positions. It takes days, sometimes months of meeting and discussions, as getting highly successful people to take such a risk is not an easy sell. However, when you’re doing this for a third time as I have, there is a bit more trust that you know what you are doing. Admittedly, 20 years ago, recruitment was not so easy. But today there’s a much higher stake, because what we are trying to do at Kite has never been done before. As such, no one really can claim to have experience in commercializing these engineered T cells. Our approach has been to take the people who understand the business of biopharma, and look for close synergies. For example, I mentioned Tim Moore, who is in charge of manufacturing. No one has ever manufactured engineered T-cells. However, the closest cousin I could find was someone who knew how to manufacture monoclonal antibodies, and there is no better place to begin looking than at Genentech.

How do you commercialize a product which is not a pill that you take once a day, or some other well understood type of treatment? The product Kite is working on is a onetime treatment. You are giving one infusion. How do you charge for that? How do you educate physicians? Again, nobody has ever done it before. But if you take someone like Shawn Tomasello who has done similar work at Pharmacyclics and Celgene, you have to think that if she can’t do it, then no one can. It sounds cliché to say the idea is to get the best people and let them run with what they know how to do, but there is a lot of truth in that philosophy.