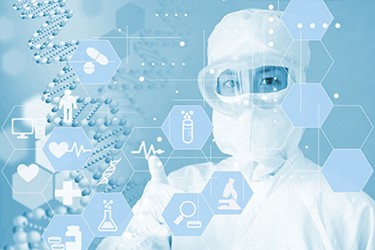 Chances are you drank a healthy dose of caffeine this morning. Upon entering your blood stream, that caffeine bound to adenosine receptors in your brain, keeping it awake. Like joyful little sparklers, your nerve cells started firing in rapid succession. Your pupils dilated, your heart beat quickened much the same as it does when you’re in love. And there it was, that strange liquid magic, your morning boost.

The fate of substances like caffeine and drugs from the moment they enter your body is what pharmacokinetics is all about. But, for many years, a rather insistent, expensive problem has been plaguing pharmacology — it’s quite tricky to understand the pharmacokinetics of new drugs without giving them to someone. As far back as the 19th century, relentless chemists labored for years to synthesize new potential medicines, often using frogs as test subjects (Kodzius et al. 2017). Over 200 years of medical advances later, not much has changed in the way of establishing precise human models that avoid the use of actual humans (or animals). Pharma companies today can spend more than $2 billion developing just one drug, much of it spent in early discovery and preclinical phases. Yet, efforts often fail to accurately predict how the human body will handle the proverbial substance.

Organs-on-chips, the specialty of Dr. Dan Tagle at the NIH, could be the answer.