Meeting The Need For High-Quality Cells In Therapeutic Applications 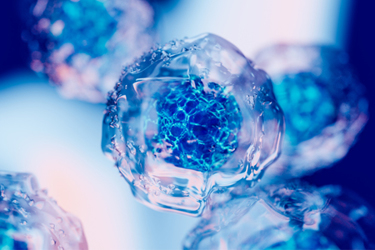 As cell therapy continues to mature, its capabilities seem constrained only by the ingenuity of its developers and their ability to engineer new functions into these living medicines. With the success of CAR T therapy, researchers are embarking on even more sophisticated modifications of immune cells for the treatment of cancer and other diseases.

But it is important to remember that engineering is only half of the equation. As living medicines, cell therapies are qualitatively distinct from even the most sophisticated small-molecule or biologic drugs. Small-molecule compounds may require synthetic reactions to produce, but can be subjected to manufacturing controls that yield precisely identical products no matter when, where or how they are made. Biologics, although produced by living cells, are the result of non-uniform cellular proliferation that results in a functionally consistent product.

Development of a cell therapy, however, requires control over a larger range of parameters with biological complexity. Two therapies of the same cell type that are designed to interact with a specific target through the same mechanism of action may come from completely different cell sources and may be expanded through different methods. The multitude of interactions between these therapeutics and their environment during sourcing, handling, expansion, harvesting and storage can have dramatic effects on the number, viability and functional activity of cellular therapeutics. Much more than in previous therapeutic modalities, the conditions under which cells are sourced and manufactured determines their potential for clinical success.

Although cytokine expansion can yield sufficient numbers of CD34+ cells for transplantation into an adult patient, it also drives cell proliferation and differentiation, which compromises the CD34+ cells’ long-term engraftment potential. Ex vivo expansion with cytokines causes the activation of certain genes, which results in the up-regulation of cell cycle differentiation and stress pathways. With the addition of one or more factors to inhibit activation of this adverse gene expression, sufficient CD34+ cells with more suitable properties for transplantation can be produced from umbilical cord blood.

Gamida Cell has been investigating the mechanism for how the presence of nicotinamide (NAM) in ex vivo cell expansion preserves the stemness and engraftment potential of cytokine expanded CD34+ cells, which leads to a clinical benefit for patients. We believe it primarily switches on genetic programs that maintain a cell state characteristic of those stem cells which reside in the bone marrow niche where HSCs predominate. NAM recapitulates, ex vivo, the environment of the bone marrow, thus allowing for the expansion of stem cells in conditions with low stress activation, including minimal secretion of reactive oxygen species (ROS) and reactive nitrogen species (RNS) to better maintain their function.

Ex vivo expansion tends to cause cells to proliferate and differentiate away from this state of high stemness. Advancing through the cell cycle during ex vivo expansion with cytokines leads to the up-regulation of a gene expression pattern implicating the activation of stress pathways which would result in the increased secretion of reactive oxygen species (ROS) and reactive nitrogen species (RNS). NAM is a small molecule allosteric inhibitor of NAD dependent enzymes, which ultimately drives many of these cellular processes. By expanding ex vivo with NAM, cell metabolism activity is improved and cellular pathways involved in stress and inflammation, including the production of ROS, are attenuated.

These observations provide a mechanistic underpinning for our data showing improved cell number and stemness with NAM expansion, and Phase 3 clinical studies resulting in faster engraftment of CD34+ hematopoietic stem cells with improved immune reconstitution in patients. NAM expansion has also been applied with success to a variety of other cell types, including natural killer (NK) cells, mesenchymal stem cells and  T cells. We believe that NAM offers promise as a fundamental cell expansion molecule to improve many types of cellular therapies, which requires not just cell engineering innovations but also expansion technology for the reliable manufacturing of these living medicines.

The scientific community has developed advanced genetic and protein-engineering methods to direct these cell types to their targets in vivo to allow for site-specific activation and to have therapeutic benefit. But to be as effective as possible for patients, the cell source, the expansion and the quality control assays to determine maintenance of cell function post expansion are just as important as the cellular therapy itself. Techniques like using NAM for ex vivo expansion of stem cells have great potential to help support this growing need in the cellular therapy space.

Tracey Lodie joined Gamida Cell’s leadership team in June 2019, bringing over 16 years of drug discovery experience in the areas of autoimmunity, transplant biology and immuno-oncology. Previously, she served as senior vice president, translational immunology at BlueRock Therapeutics, helping to advance the company’s universal pluripotent stem cell platform into central nervous system, cardiovascular and autoimmune therapeutic areas. She also served as vice president of immunology at Syros Pharmaceuticals, where she developed new autoimmunity and immuno-oncology research programs. Prior to Syros, Tracey spent over 14 years at Sanofi-Genzyme, where she held roles of increasing responsibility. While at Sanofi-Genzyme, Tracey served as head of the immune-mediated research group and was responsible for building and advancing the early drug pipeline, integrating advanced programs into development, and supporting translational medicine for existing clinical drugs. She was instrumental in advancing several development programs through regulatory approval in the area of transplant and autoimmunity. Her work directly supported the clinical development and approval of an advanced stem cell therapy product for the treatment of GvHD. Additional chemokine biology research led to the approval of Mozobil® (plerixafor), a small molecule CXCR4 antagonist for stem cell mobilization in patients undergoing an autologous stem cell transplant for non-Hodgkin lymphoma and multiple myeloma. Additionally, Tracey’s group was responsible for data in animal models of multiple sclerosis and secondary autoimmunity that supported the approval and post-approval safety requirements of Lemtrada®(alemtuzumab), a monoclonal, anti-CD52 antibody, for relapsing remitting multiple sclerosis.

Tracey holds a Ph.D. in immunology and pathology from Boston University School of Medicine and a B.S. in biology from Fairfield University.

Julian Adams joined Gamida Cell’s leadership team as chief executive officer in November 2017, bringing more than 30 years of drug discovery and development experience to his role. He has served on the board since September 2016. Prior to his CEO appointment, Julian served as president and chief scientific officer at Clal Biotechnology Industries (CBI), where he oversaw the Boston office, evaluating investment opportunities and supporting portfolio companies, including Gamida Cell. Before joining CBI, he served as the president of research and development at Infinity Pharmaceuticals, Inc., where he built and led the company’s R&D efforts. Julian also served as senior vice president of drug discovery and development at Millennium Pharmaceuticals, Inc., where he played a key role in the discovery of Velcade® (bortezomib), a therapy widely used for treatment of the blood cancer, multiple myeloma. Earlier in his career, he was credited with discovering Viramune® (nevirapine) for HIV at Boehringer Ingelheim. He has also held senior leadership roles in research and development at LeukoSite, Inc. and ProScript.

Julian has won several awards for his drug development efforts throughout his career, holds more than 40 patents from the United States Patent and Trademark Office and has authored more than 100 papers and book chapters in peer-reviewed journals. Julian holds a B.S. from McGill University and a Ph.D. from the Massachusetts Institute of Technology. He also holds a Sc.D., honoris causa, from McGill University.