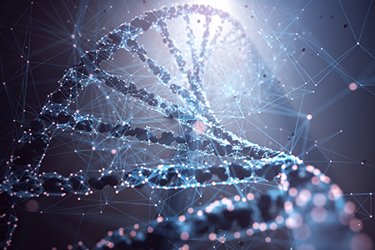 The gene therapy (GT) modality offers an exciting new way to impact patients and GT manufacturers are looking to leverage the understanding from previous modalities to streamline the good manufacturing practice (GMP) ramp-up for GT.

BioPhorum’s Cell and Gene Therapy Raw Materials team suggests a platform approach for testing a critical starting material for GTs – master cell banks (MCBs) – and wants to identify, share, and enhance a framework for MCB testing and release. This will increase the speed of learning and ultimately influence and/or aid regulatory agencies when developing guidance or policies around GT development and manufacturing.

The ideas here are limited to release testing and specifications for MCBs of human origin (HeLa and HEK293/293T) and of insect origin (Sf9) used for the generation of adeno-associated virus (AAV) or lentivirus (LV) for use in GTs. Cells used in cell therapy applications, e.g., autologous (patient) and allogenic (donor) cells, are out of scope, as are tests used solely for cell-line characterization.

We propose the following platform framework for testing HeLa, HEK293/293T, and Sf9 MCBs containing parental host cells. This platform is not intended to define the methods or specifications that must be used but those that are generally used. A novel assay can be used if validated and agreed with appropriate regulatory authorities.

The platform testing methodology mimics the approach set out in the recent BioPhorum paper Cell and gene therapy critical starting material: a discussion to help establish release specifications for plasmids and the bacterial master cell banks used to produce them.

Table 1 in the document (an extract is shown below) shows the critical quality attributes (CQAs) for MCBs, which have been grouped into the following sections:

Section 2 – Growth and viability, and performance, identity, and appearance

Additional proprietary testing is likely required for each therapy. 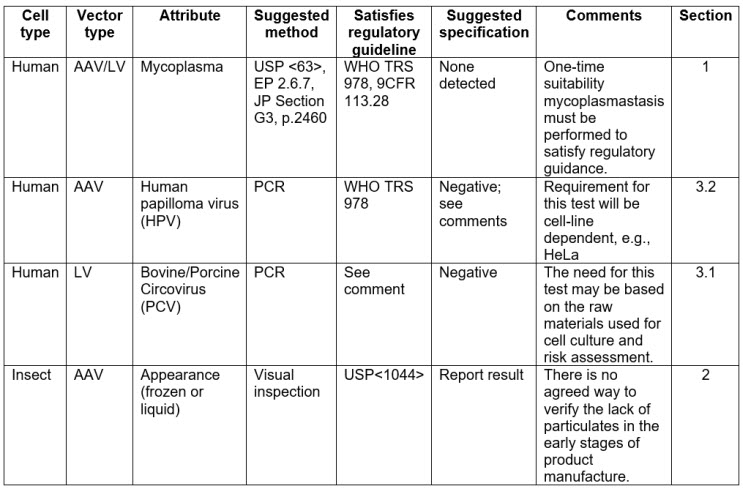 The approaches in Table 1 should be compendial or validated for non-compendial methods and the need depends on the process or phase (preclinical, early/late-stage clinical). This is because the MCB is established at the beginning of development work on the project and is used to generate material or a working cell bank (WCB) that is used throughout the multiple phases of a project.

The testing for a WCB can be a subset of the tests performed on the MCB if the MCB is well characterized by the methods in Table 1. As a minimum, the WCB needs to be confirmed as safe to use by demonstrating it is free of mycoplasma, bacteria, fungi, and adventitious virus (the latter usually only requires in vitro testing). The tests performed need to be compendial or validated if non-compendial.

Typically, cell banks do not need to be entered into a formal stability study. Instead, stability of the MCB or WCB on long-term storage may be evaluated by monitoring the viability of one or more cell bank vials when thawed for use in routine production and by the consistent production of an active substance of the intended quality.

A protocol should be established to confirm the phenotypic stability of cell banks when not used in routine production for extended periods. This test interval should depend on the stability of cell banks established during product development and the expected lifespan of the cell bank. Example parameters that may be considered include post-thaw viability and doubling time. The release specifications for post-thaw doubling time and viability established for the WCB should be met at all future time points.

This article is a summary of a recent BioPhorum publication on the topic. To read more, check out the full report, A discussion to help establish release specifications for master cell banks of parental host cells.

BioPhorum welcomes feedback around the key questions included in this article via a confidential survey. Before replying, readers are encouraged to review the FDA’s 2010 cell substrate guidance document Characterization and Qualification of Cell Substrates and Other Biological Materials Used in the Production of Viral Vaccines for Infectious Disease Indications: Guidance for Industry.

The high-level questions are: