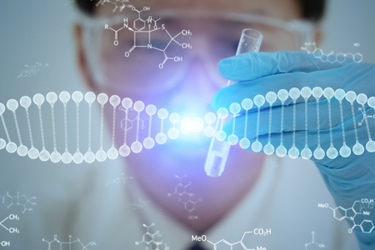 Last month marked another historic moment for gene therapy. For the first time in five years, the U.S. Food and Drug Administration’s Cellular, Tissue and Gene Therapies Advisory Committee met to consider a new product application. Two, in fact. With a pair of gene therapies to review from the Cambridge, MA company bluebird bio, the committee voted unanimously in favor of both.

The clinical data presented, and the testimonials of patients, caregivers, physicians, and the sponsor, all emphasized the transformative potential that hematopoietic stem cell (HSC) gene therapy using lentiviral vectors can have for patients living with serious conditions. For those of us working to develop new gene therapies, these testimonials are always a humbling reminder of the importance of the work taking place across the industry. Additionally, the committee made no requests for longer efficacy follow-up data. I believe these recent developments further support the value of HSC gene therapy using lentiviral vectors, especially in rare diseases with CNS manifestations and for diseases where early treatment is needed.

But at the same time, the hearing may signal a long-term challenge. If we do not accelerate the development of gene therapy and expand our disease focus beyond ultra-rare diseases, we could miss a valuable opportunity to deploy this technology against other diseases that cause significant disability and mortality in our society.

The recommendations made by the advisory committee demonstrate the valuable progress that has been made in cerebral adrenoleukodystrophy (CALD) and beta thalassemia, both life-shortening and life-limiting conditions. As an industry we need positive milestones like the advisory committee’s unanimous recommendations to continue to build our scientific knowledge and to secure the capital resources to keep moving forward, and we are beholden to the patients, clinicians, sponsors, and investors who make that possible. But throughout the committee’s discussions, I heard several themes that underscore gene therapy’s long-term potential to address more common genetic diseases:

This progress is further reason for celebration, for sure. But as an industry, we need to keep pushing for more. In the development of game-changing monoclonal antibodies, it has taken more than 30 years of blood, sweat and tears to test, modify and switch out elements to build an industry with dozens of approved therapies and an annual global sales revenue of $163 billion, representing about 70% of the total sales for all biopharmaceutical products.ii

I hope my industry colleagues agree that we need to do more, and faster, to emulate that progress and increase the number of patients and families who can potentially benefit from gene therapy. 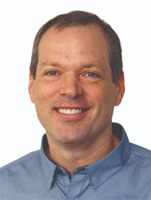 Geoff MacKay is the president and CEO of AVROBIO, a leading clinical-stage gene therapy company with a shared vision to bring personalized gene therapy to the world. He is a pioneer in cell and gene therapy with a track record of successful leadership at innovative biotechs. He is the former CEO of Organogenesis Inc., the world’s leading cell therapy company. During his tenure at the helm, the company treated 1 million patients with living cell therapies, received the first approval of an allogeneic cell therapy from the FDA’s Center for Biologics Evaluation and Research and led the field of regenerative medicine. Geoff is also the founding CEO of eGenesis, a biotech dedicated to applying CRISPR-Cas9 gene editing to xenotransplantation. Earlier in his career, Geoff spent 11 years at Novartis in senior leadership positions within the global transplantation and immunology franchise. Geoff sits on the boards of Talaris Therapeutics and Satellos Bioscience. Past activities include chairman of the board of MassBio, chairman of the board of the Alliance of Regenerative Medicine, and a member of the advisory council to the Health Policy Commission for Massachusetts.