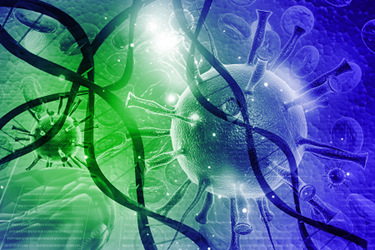 The FDA defines human gene therapy products as all products that mediate their effects by transcription or translation of transferred genetic material or by specifically altering host (human) genetic sequences. Some examples of gene therapy products include nucleic acids, genetically modified microorganisms (e.g., viruses, bacteria, fungi), engineered site-specific nucleases used for human genome editing, and ex vivo genetically modified human cells. Gene therapy products meet the definition of “biological product” in section 351(i) of the Public Health Service (PHS) Act (42 U.S.C. 262(i)) when such products are applicable to the prevention, treatment, or cure of a disease or condition of human beings.

Although the journal Science reports that the first gene therapy clinical trial was conducted in 1990 (Ref. 1),1 the FDA only approved the first gene therapy product on August 30, 2017. Two more approvals quickly followed, reflecting a suddenly rapid advancement in this field. On July 11, 2018, the FDA issued for public comment six draft guidance documents intended to serve as part of a modern, comprehensive framework for how the Center for Biological Evaluation and Research (CBER) will help advance the field of gene therapy.

The second guidance, when finalized, will replace the 2006 guidance titled Supplemental Guidance on Testing for Replication Competent Retrovirus in Retroviral Vector Based Gene Therapy Products and During Follow-up of Patients in Clinical Trials Using Retroviral Vectors.  Since the original guidance was issued, investigators have developed additional data on the safety of retroviral vectors in clinical applications for gene therapy, through experience with different vector designs, vector producing cells, RCR detection assays, and lack of positive results from RCR testing of vector lots, ex vivo transduced cells, and patient samples collected during monitoring.

The draft guidance recommends two methods that are currently in use for detecting evidence of RCR infection in patients: 1) serologic detection of RCR-specific antibodies, and 2) analysis of patient peripheral blood mononuclear cells by polymerase chain reaction (PCR) for RCR-specific DNA sequences.  The choice of assay may depend on the vector, mode of vector administration, and the clinical indication.  All confirmed positive results should be pursued by direct culture assay to obtain and characterize the infectious viral isolate.

The FDA will accept comments on the draft guidance through October 10, 2018. You can submit comments electronically at https://www.regulations.gov/.

Stephen Mason is senior VP of regulatory policy in the Drug and Biological Products group at Greenleaf Health, Inc. He has experience from FDA, Capitol Hill, and within the innovator and generic pharmaceutical industries. He specializes in regulatory and legislative policy development and analysis. You can reach Mason at stephen.mason@greenleafhealthllc.com.