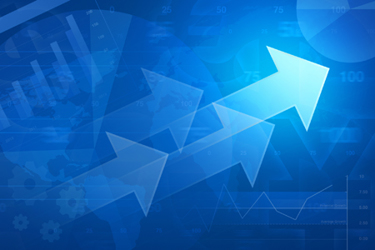 Biologically derived therapeutics have been around for about 80 years. One of the original cellular derived pharmaceuticals, penicillin, was initially grown in single-layer sheets. The initial penicillin culture vessel was inspired by a bed pan and cast in ceramic due to a war time shortage of glass.1 Our manufacturing processes and equipment have evolved from these humble beginnings. However, while the stirred tank bioreactor is the workhorse of the biopharmaceutical industry, there are applications for which cells can’t be effectively cultured in suspension. Beyond the petri dish and the T-flask, many in our business have not had interactions with the numerous and sometimes niche solutions for adherent cell culture. We need to discuss and understand what our options are in this field.

In the 1930s, a competing concept to the static dish emerged consisting of a rotating side-laying tube that was only partially filled with media.2 This concept would eventually become the roller bottles. This provided agitation to media reducing nutrient gradients within the culture and provided a large air–liquid interface. Use of standardized sizes and closures enabled roller bottles to be the go-to solution for large-scale adherent culture for many years. 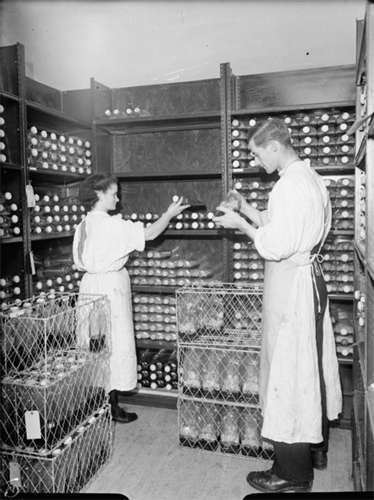 Today’s T-flasks share a similar geometry to the original penicillin vessel but have advanced in the materials used. The static dish concept has been adapted to produce larger surface areas in stacked plate systems like ThermoFisher’s Nunc Cell Factory and Corning’s CellSTACK. The gas transfer in these systems is limited, which led to the development of membrane-based vessels like Corning’s HYPERFlask/HYPERStack, Wilson Wolf’s G-Rex, Pall’s Xpansion, and Celartia’s Petaka (which has a selectively permeable membrane for hypoxic conditions).

The desire to improve nutrient supply and gas transfer capability resulted in development of a membrane-based tubular system that uses tangential flow for perfusion. This innovation was developed by Terumo for its Quantum bioreactor. In addition, various innovator cell therapy companies have developed custom in-house systems.

The Corning CellCube uses the traditional plate design augmented with media perfusion stream from an external vessel that controls dissolved gases and pH. With proper automation, this provides control similar to a conventional stirred tank bioreactor. By perfusing media across the plate and improving control, the surface area for cells to adhere becomes the limiting factor for growth. Fixed beds like Pall’s iCELLis, Corning’s Ascent, Esco’s TideXcell, and Univercells’ scale-X combine perfusion with a 3D surface to allow larger quantities of cells to be grown in a smaller equipment/facility footprint.

We are often looking at adapting our existing bioreactors through our development and optimizing efforts. The familiarity of the workhorse stirred tank bioreactor and other suspension bioreactor systems can still be leveraged by using microcarriers. Microcarriers provide the attachment surfaces (albeit distributed), for the cells are designed (size and density) to allow them to stay in suspension under typical amounts of agitation. Moving cells from one of the other adherent cell culture vessels to microcarriers typically requires significant process development.

The wide variety of adherent cell culture systems are not simply a march of progress to the all-encompassing best solution but movement down divergent branches of the biotech evolutionary tree.

Though the concept was developed in the 1930s, roller bottles are still a dominant player in large-scale adherent culture. Today, robots inside of isolators are a proven technology that supports the automated handling of thousands of roller bottles in a batch, enabling efficient and sterile processing of cultures in excess of 250,000 cm2 surface area. The iCELLis can also provide very large surface areas, up to 500 m2 in one reactor, in a smaller footprint and with the ability to perfuse media. For processes that require harvesting of the cells, there can be challenges in recovery from the random packing of the iCELLis’ bed.

At the large scale, microcarriers are an attractive option being able to provide 0.25 to 0.6 m2 of surface area per liter of working volume in a stirred tank bioreactor. The handling of the microcarriers represents a significant but manageable challenge to manufacturing. In particular, the initial handling during preparation has traditionally been a process operation itself in stainless steel systems (tanks or charge vessels), in which microcarriers are hydrated and steam sterilized before addition to the bioreactor. Several vendors have addressed this clumsy preparation by providing microcarriers pre-weighed inside a sterilized single-use bag with a sterile tubing aseptic connection to the bioreactor. Separating microcarriers from the product is another challenge. Corning has developed a dissolvable microcarrier and ThermoFisher offers a specialized strainer to separate microcarriers from culture media.

The need for surface area decreases the need to invest in large-scale technologies. We also see a decrease in capital for automated roller bottle handling or in development for microcarriers. Many times, scaling up for commercial manufacturing becomes increasing the number of 2D culture vessels. The stacked plate systems (e.g., Nunc Cell Factory, CellSTACK, HYPERStack) provide a way to scale basic vessels (e.g., petri dishes and T-flasks) to the larger surface areas needed for commercial operations. While processing of these vessels is typically manual, there are semi-automated solutions for handling. Due to the cost and unique aspects of each process, many manufacturers have developed custom systems for handling, from fully automated systems to simple mechanical jigs. Viral vector manufacturing with adherent cell lines has driven a boom in vendors innovating at this scale.  The Xpansion, Ascent, and scale-X are examples of applying the fixed bed concept to provide more control parameters for mid-scale culture, but particular attention needs to be paid for processes that harvest viable cells.

The cell therapy and regenerative medicine space is rapidly evolving. Vendors are developing equipment trying to anticipate market needs and therapeutic innovators are developing new novel cellular engineering processes with traditional culture equipment. Does a product become enabled by new equipment or does new equipment come after a novel product is developed? This chicken and egg problem has led to a wide diversity in solutions and applications. For the currently marketed products, the reliance has been on proven but not highly scalable systems like petri dishes and T-flasks. This is partially driven by the need to get the market quickly and potential regulatory scrutiny. Since these are typically fully aseptic processes and potentially dealing with a personalized therapy, there is significant risk with open systems. Flasks and stacked plate systems can be fitted with tubing connections, reducing the contamination risks but raising challenges in cell seeding and harvest. Petaka, Quantum, G-Rex, and TideXcell are novel systems trying to address the challenges of small-scale closed processing in their own way. Some have also looked at adapting the closed solutions being used for suspension cultured cell therapies (e.g., CAR-T) to adherent culture.

As the surface area needs increase, some of the mid-scale systems, rocker bioreactors with microcarriers, have been successfully used in the seed train of large-/mid-scale adherent culture vaccine process. However, unlike vaccines, cell therapy needs to pay close attention to viable cell recovery. Many of the targeted human cells are highly sensitive to the methodology for harvest, and for microcarriers, bubble-induced shear is a concern.

There are a variety of technologies for culturing adherent cells which are at different levels of maturity. For developers in the cell therapy and regenerative medicine space, options are increasing but selection may still be a compromise between equipment and the desired process (an evolving process development as it is). Viral vector manufacturers can lean heavily on the trails blazed by the traditional cell culture vaccines. That 90-year-old glass bottle is still around. Roller bottles still have a place, but microcarriers and fixed beds are eating away at drivers for roller bottles.

Herman Bozenhardt has 45 years of experience in pharmaceutical, biotechnology, and medical device manufacturing, engineering, and compliance. He is a recognized expert in the area of aseptic filling facilities and systems and has extensive experience in the manufacture of therapeutic biologicals and vaccines. His current consulting work focuses on the areas of aseptic systems, biological manufacturing, and automation/computer systems. He has a B.S. in chemical engineering and an M.S. in system engineering, both from the Polytechnic Institute of Brooklyn. He can be reached via email at hermanbozenhardt@gmail.com and on LinkedIn.

Erich Bozenhardt, PE, is a lead process engineer for regenerative medicine operations. He has 15 years of experience in the biotechnology and aseptic processing business and has led several biological manufacturing projects, including cell therapies, mammalian cell culture, and novel delivery systems. He has a B.S. in chemical engineering and an MBA, both from the University of Delaware. He can be reached via email at erichbozenhardt@gmail.com and on LinkedIn.