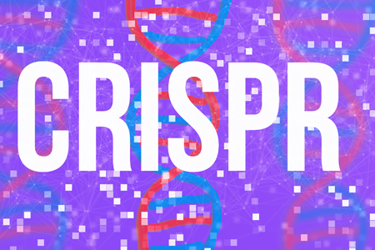 Fifteen years ago, when I was a scientist at a food ingredients company, my colleagues and I were fascinated by a puzzle hidden in the genomes of bacteria used to make yogurt. Other researchers had observed mysterious repeated DNA sequences in these microbes and speculated they may be part of an immune system they used to defend themselves against viral infection. We were eager to test that hypothesis.

In a series of experiments, we showed that bacteria use a system called CRISPR to capture genetic snapshots and clip out little sections of DNA from attacking viruses, which they subsequently use to specifically target matching invaders. These simple molecular machines track down and slice up matching genetic sequences in nearby viruses with scalpel-like enzymes. It is an ingenious natural defense system, likely billions of years old.

We published a paper that described our findings and identified the enzyme responsible for doing the cutting. In 2012, a research team led by Jennifer Doudna of the University of California, Berkeley, figured out how the CRISPR machinery can be engineered into a tool that can be programmed to cut any organism’s DNA with precision and ease.

It was clear even then that CRISPR would change the world in profound and dramatic ways. Curiosity, and the quest for better yogurt, had given us the power to rewrite the code of life.

Nearly a decade later, scientists are applying CRISPR to a wide variety of environmental and public health challenges. Infectious disease researchers are editing mosquitoes so they are unable to carry the parasite that causes malaria. Conservation biologists have launched programs to re-create extinct species like the passenger pigeon and the woolly mammoth. One of my own current CRISPR projects involves creating faster-growing, more robust and disease-resistant trees for sustainable pulp production, so we do not have to cut down so many forests.

And now, amazingly, we are seeing the first clinical proof of concept for another enormously important use of this system: CRISPR as medicine.

In recent years, CRISPR has been used as a tool to edit human cells outside the body. This has been quite effective, but it is also limiting. Many diseases originate in tissues such as the liver, the muscle or the brain; you cannot simply remove those organs from the patient to edit them in the lab. The ultimate dream has been to infuse CRISPR into a patient with confidence that it would find and fix the disease-causing genes inside the target tissue.

That dream of CRISPR as medicine is now a reality. Intellia Therapeutics, a company I co-founded seven years ago with Dr. Doudna, Erik Sontheimer of the University of Massachusetts, Luciano Marraffini of Rockefeller University and others, just announced promising initial data in a Phase 1 trial of CRISPR as medicine for a rare and relentless disease called ATTR amyloidosis. The condition affects a few hundred thousand people worldwide, causing an abnormal protein to accumulate inside the body’s tissues. These deposits gradually cause nerve damage and heart disease, often leading to death within a matter of years. Intellia designed a therapeutic candidate to inactivate the gene producing this protein in the liver.

Intellia’s early data, published in the New England Journal of Medicine, show that a single infusion of a CRISPR construct was able to reduce the concentration of this disease-causing protein in the bloodstreams of patients by up to 96 percent. At this therapeutic level of protein reduction, company scientists say, the treatment might even be able to reverse the disease process over time, effectively leading to a cure.

With results from only six patients so far, there is still a long way to go before this or any other CRISPR treatment becomes common medical practice. But as the first published demonstration that CRISPR can be injected into patients and eliminate the cause of a disease at its source, it may turn out to represent a significant medical milestone.

As a pioneer of CRISPR research, I am amazed by how far this technology has come, and how fast it has gotten into patients. And yet, perhaps I shouldn’t be so surprised. In 2001, the international Human Genome Project announced that more than a decade of effort had created the first complete DNA blueprint for a human being. Today, a person’s genome can be fully sequenced in an hour. This incredible progress has already revolutionized basic research and the enterprise of discovering and developing new medicines.

CRISPR is likely to follow the same trajectory, as years of basic research give way to a burst of translational work and the recognition that this technology is now indispensable – a foundation for progress across disciplines, from food science to medicine. Intellia assembled a diverse and talented team including not just scientists but physicians, laboratory technicians, legal and regulatory experts and most importantly, the patients who volunteered to participate in clinical trials. It will take many other similarly well-rounded teams to apply CRISPR across the myriad of fields where its potential lies.

I study CRISPR in my lab, edit the peer-reviewed CRISPR Journal and am associated with and hold equity in several biotech companies that use CRISPR to advance their programs. So it is not surprising that I believe wholeheartedly in this technology. I think it is entirely possible that CRISPR, alongside similar breakthroughs like the mRNA engineering behind two highly effective COVID vaccines, will soon shift the vanguard of global technological progress from computers to cells and genomes.

What kind of world will it be? Concerns have been raised about the dangers of “playing God” by exercising our newfound power to edit genetic code, or that we are moving too fast. As with any new technology, CRISPR does have risks, and it is important to enact and enforce global standards for its proper and responsible use. But for people with ATTR amyloidosis and other serious diseases that are influenced by genes, the progress is if anything too slow.

CRISPR and other biotechnologies offer exactly the solutions that patients, consumers and society need in the 21st century to counter myriad global threats. Biotechnology has the potential to help us fight pandemics, counter global warming, better treat diseases of aging and greatly reduce or perhaps even eliminate the burden of genetic diseases like muscular dystrophy, sickle cell and cystic fibrosis.

Immersed daily in our social media feeds and video conference calls, it is easy to forget that most if not all of our biggest challenges have living natural systems at their core. In a world that often feels out of control and all but unmanageable, CRISPR gives us hope that we can work with nature, not against it, to meet the challenges ahead. 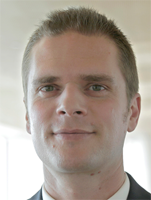 Rodolphe Barrangou, Ph.D., a member of the National Academy of Sciences, is a distinguished professor and the CRISPR lab lead at North Carolina State University. He is editor-in-chief of the CRISPR Journal, the only peer-reviewed journal dedicated to the science and applications of gene editing. He is a co-founder of Intellia Therapeutics, Locus Biosciences, TreeCo, CRISPR Biotechnologies and Ancilia Biosciences, and a member of the scientific advisory boards for Invaio, Inari and Felix Biotech.