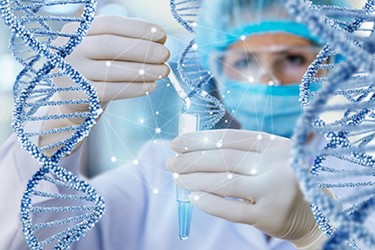 Manufacturing schemes for plasmid DNA (pDNA) were first developed in the two decades since the mid 1980s and have relied on well established traditional production processes and products.

The purification of pDNA is difficult; the starting material, which is typically clarified lysate from alkaline lysis of bacterial cells after neutralisation, has a complex composition with no more than 3% of the content being pDNA while the remaining 97% represent impurities. Most of the critical impurities are negatively charged (RNA, genomic DNA, endotoxins), similar in size (open circular pDNA, genomic DNA, high molecular weight RNA), and in hydrophobicity (endotoxins). Final bulk pDNA must meet quality specifications set by regulatory agencies and should be free from host cell proteins, genomic DNA, RNA, and endotoxins, and more than 90% of the pDNA should be the supercoiled isoform.

Widespread application of pDNA in gene therapy is driving increased demand and as a response, plasmid manufacturing must become more efficient with improved productivity. Intensification of chromatographic steps can help address this demand and has led to an exploration of the use of convective media (monoliths, membranes, fibre based technologies).