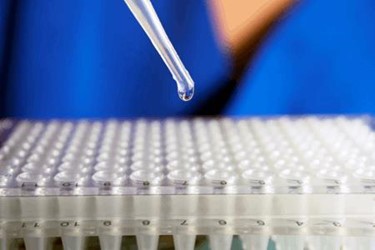 Although Maria Fardis, CEO of Iovance Biotherapeutics, has spent 18 years working in the pharma industry, most of her experience has been in small molecules and proteins. She now works in the cell therapy space, seeking innovative oncology treatments. She notes cell therapies are definitely a new and exciting space with meaningful differences in how clinical trials are conducted.

Iovance is taking a two-phased approach to defeating cancer in patients. Fardis likes to describe cancer tumors as being akin to a heavily defended fort. The tumor creates a hostile microenvironment in which it is difficult for a patient’s immune system to be successful. To assist the immune system, Iovance uses chemotherapy to weaken the fort, and then ramps up the patient’s cancer-fighting cells so as to have a larger army to attack the tumor. 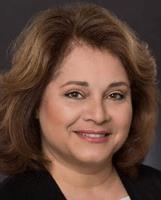 Iovance will perform a biopsy on patients, removing a portion of the tumor containing cells known as tumor infiltrating lymphocytes (TIL). When the sample is removed, it is shipped overnight to a GMP facility where the tumor is fragmented and allowed to sit in a media that is proprietary to Iovance. Eventually, cells will leave the tissue and enter the media. Iovance will then remove the tumor fragment and allow the cells to grow, all the while feeding and nourishing them. This procedure takes from three to six weeks. At the end of the process, the number of patient cells will have increased from a few million to several billion.

“Before we return those cells to the patient, we need to weaken the hostile microenvironment via a course of chemotherapy,” says Fardis. “This is our way of weakening the fort prior to re-introducing the amplified TIL. The chemotherapy is followed by the administration of interleukin 2 (IL-2). IL-2 is an agent that is known to help grow and replicate T-cells and was approved for use in patients by the FDA in the early 1990s.”

If we consider the day patients come in for the biopsy as day zero, material removed from the patient is shipped to a GMP CMO facility by day two. At the CMO facility the TIL is amplified for either three or six weeks. Iovance has two methods of manufacturing the TIL. Generation 1 takes approximately 6 weeks. Generation 2 (Gen 2) takes approximately 3 weeks and yields a cryopreserved product.

Because of the required biopsies, most cell therapy treatments require sponsors to deal with multiple departments within the hospital. Fardis notes that is a significant difference from small molecule trials. For each department that is involved, Iovance has to deal with different contract and budget personnel. The company interacts with members of each of those operations teams.

“In small molecule clinical trials, the sponsor interacts mainly with one department which is the treating physician and its sub-investigators,” she says. “If a medication needs to be administered to the patient orally or intravenously, the oncologist would be the patient’s primary point of contact. The contract and budget process is fairly streamlined and the PI, study coordinator, and data manager are responsible for the data and how it is entered and managed.”

In the case of cell therapy, Fardis notes that is not the case. The oncologist is still the treating physician, but Fardis’ clinical team has to work with a surgeon and the hospital staff that supports the surgeon. That hospital staff also has to be familiar with the administration of IL-2. Although IL-2 has been approved for a few decades, Fardis notes that Iovance offers to train hospital staff on the management of patients while the site administers it, should that training be necessary.

Finally, all of the departments involved have to come together as part of the site activation in terms of budget and contract, and Fardis notes the process can be time-consuming. “The person handling the budget and contract will need to check with multiple departments, multiple investigators, and multiple sub-investigators in order to figure out who’s doing what, how much everything is going to cost, and how they’re going to write the contract,” she says. “The first few times Iovance initiated the sites, we learned about components of site activation which we had not previously encountered.”

With some cell therapies, it is also necessary to have acute care present in the hospital and ICU rooms when therapies are administered to patients. Unfortunately, when many hospitals were built, cell therapies did not exist and there was no consideration of what infrastructure needs they might require. While academic institutions may have different departments and a varied infrastructure, many hospitals may not be specialized in particular cares. Others are only now getting prepared for cell therapy trials.

CMO partners play a key role in cell therapy trials. Iovance is currently working with three providers in the U.S. that perform the GMP work on patient cells. They are WuXi AppTec, Lonza, and the Moffitt Cancer Center, which has CMO capabilities. “We know all of their team members and they know our team members,” says Fardis. “These are great partnerships and exactly what is needed in companies the size of ours.”

While a larger organization might be able to work with a hospital directly, Fardis notes for a smaller company like Iovance, it also makes sense to work with a CRO. CROs generally offer excellent on-demand resources as needed for small to mid-size companies. Like other companies the size of Iovance, Fardis states she will use multiple CROs as needed.

Still, whenever possible, she would prefer to have needed skills in-house. “If you do not have to worry about financial issues or employee workload, it’s nice to have needed expertise reside in your own employees,” she states.  “They will always understand the product better, and they are more committed to your cause and understanding the needs of patients. They will also not be stretched from working on five different studies with multiple sponsors, each of them insisting you do things differently. A CRO offers the flexibility of having many different skill sets that we don’t possess.”