Building The Next Breakthrough In The Decades-Old Field Of Transplant

By Nate Fernhoff, Ph.D., Co-Founder and CSO at Orca Bio 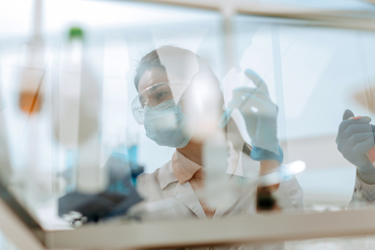 Over 60 years ago, doctors performed the world’s first-ever bone marrow transplant. In the decades since, bone marrow and hematopoietic stem cell transplants (HSCT) have been used to save the lives of numerous patients who suffer from blood cancer and other blood disorders. Allogeneic HSCT is broadly effective because it works by replacing the diseased blood system of the patient with a healthy blood system from an immunologically matched donor. However, a severe complication limits this otherwise life-saving intervention. Graft versus host disease, or GvHD, occurs when specific immune cells from the donor, called T cells, erroneously recognize and attack the healthy cells of the patient’s target organs such as the liver, gut, and skin.

Medical management of GvHD includes high-intensity, pharmacological prophylaxis – powerful immunosuppressants that are intended to dampen the donor T cells. However, this method is imperfect, and severe GvHD persists as a frequent complication of HSCT. Furthermore, pharmacological prophylaxis interferes with the patient’s ability to fully accept the donor’s immune system, limiting the efficacy of the transplant and potentially resulting in relapse and infections.

The field took a giant leap forward with the observation that precise cellular compositions can control post-transplant outcomes. My postdoctoral advisor, Dr. Irv Weissman, led research at Stanford University demonstrating that as few as 30 purified stem cells from 100 million bone marrow cells are able to reconstitute the blood and immune system. These results translated to patients, and in clinical trials, it was found that pure stem cells can also replace a patient’s hematopoietic system. Remarkably, pure stem cell grafts do not cause GvHD even without pharmacological immunosuppressants. However, for patients who receive a purified stem cell graft, the immune reconstitution is slow, leaving them susceptible to opportunistic viruses and potentially higher rates of relapse.

In light of these problems, researchers began developing new cell compositions to fight cancer, reduce the risk of GvHD, and help patients rebuild their immune systems. However, many of the foundational studies were carried out in mouse models and proved difficult to replicate in human patients, in part because of the scale of manufacturing. While mouse bone marrow may contain 100 million cells, a human alloHSCT will typically contain 100 billion cells.

Painting a New Treatment Landscape for Patients in Need of Transplant

Ivan Dimov, Jeroen Bekaert, and I co-founded Orca Bio to address and solve these problems. Ivan and I met while conducting research in Dr. Weissman’s lab and collaborating with Dr. Everett Meyer and Dr. Robert Negrin. Together, we pioneered a process for creating high-precision cell therapies using unique compositions of cells that could be purified and formulated at the appropriate scale, in the hopes of allowing for reliable manufacture and distribution across the U.S. and worldwide.

Today, with Orca-T, our lead investigational product, we are aiming to make those early hopes a reality. Orca-T is a composition of high-purity regulatory T cells, conventional T cells, and stem cells designed to fight cancer and infection while limiting the risks of GvHD. Orca-T involves four stages that form a convenient analogy to painting a healthy blood and immune system over the old diseased one:

To make space for the donor’s immune system, the pre-existing cells of the blood and immune systems must be largely removed. Patients are myeloablated, meaning high dose chemotherapy and/or radiation are administered to destroy as many of the pre-existing blood cells as possible. This process destroys both healthy and diseased blood cells, and what remains is referred to as “empty niche space” (think an egg carton after you’ve removed the eggs).

The high purity of the drug products is critical because the dose of erroneous T cells (that is, allogeneic T cells that are not regulatory T cells) must be vanishingly small, because a T cell impurity as small as 0.01% - 0.1% of the original graft product is sufficient to cause GvHD at this stage.

Overall, this process acts as a pro-tolerance primer on the blank canvas and establishes an immunoregulatory character to the open T cell niche space.

While the new immune system stabilizes (3 – 6 months), a low dose of single agent pharmacological prophylaxis is maintained to avoid immunological flare ups. However, the dosing is gentle enough to allow rapid immune reconstitution. The T cells that develop under these conditions help prevent severe infections and relapse, while minimizing the risk of GvHD. After the T cell character of the new immune system is well-established, the pharmacological prophylaxis is discontinued. The word “cure” describes the process but also the impact – as the new immune system safely “cures,” the intention is that Orca-T cures the patient.

Throughout our company’s history, we have focused on the purity and precision of our investigational cell therapies, designing a platform that is capable of single cell precision sorting to ensure that only cells with therapeutic benefits are transplanted into patients.

At the European Hematology Association (EHA) Annual Meeting in June, we presented findings that support the ability of Orca-T to treat patients with life-threatening blood cancers. Compared to an independent CIBMTR-based control arm of patients who received a standard of care HSCT, rates of moderate-to-severe GvHD were significantly lower with Orca-T at 5% versus 38%. GvHD and relapse-free survival (GRFS) was 71% with Orca-T compared to 21% in the control arm, and overall survival for patients who received Orca-T was 90% compared to 68% with a standard of care transplant.

We have also prioritized scalability to ensure that we can manufacture cell therapies for the many patients who need them. We recently shared findings at the Transplantation & Cellular Therapy ASTCT and CIBMTR Tandem Meetings that show we can do just that – reliably manufacture and deliver therapies within 72 hours at scale.

These data support our earliest hopes for the company, and more importantly, for the patients we help to treat. Now in our pivotal Phase 3 clinical trial, Precision-T, we are actively recruiting to evaluate Orca-T therapy in patients with acute myeloid leukemia (AML), acute lymphocytic leukemia (ALL) and myelodysplastic syndromes (MDS). We are closer than ever to reaching patients with the promise of a cure that comes without the compromise of lifelong side effects. And with a robust pipeline of promising cell therapies, we believe this is only the beginning.

Nate Fernhoff is a co-founder of Orca Bio and oversees research and development, clinical science and manufacturing, and regulatory affairs. He is one of the inventors of Orca-Q, a high-precision cell therapy for patients with high-risk blood disease. Prior to Orca Bio, Nate was a Ruth L. Kirchstein National Research Service Award (NRSA) Postdoctoral Scholar in the Irving Weissman laboratory at Stanford University. He holds a PhD in molecular and cell biology from the University of California, Berkeley, and bachelor’s degrees in biological sciences and mathematics from Stanford University. Nate has several publications in peer-reviewed journals, as well as patents and patent applications. He currently serves on the board of the ML4 Foundation.