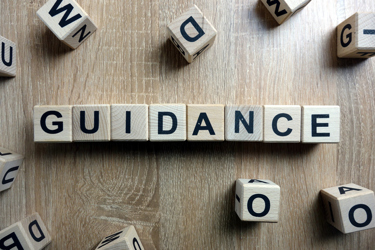 The field of cell and gene therapy is rapidly expanding. The U.S. FDA has approved four gene therapy products, with more on the horizon. Peter Marks, director of the Center for Biologics Evaluation and Research (CBER) at the FDA, recently estimated that CBER has received more than 900 investigational new drug applications (INDs) for cell and gene therapy products. To keep pace with the speed of development in the field, the FDA has directed considerable effort toward providing guidance to industry.

For example, on July 11, 2018, the FDA issued for public comment six draft guidance documents intended to serve as part of a modern, comprehensive framework for how CBER will help advance the field of gene therapy. A year and half later, on Jan. 29, 2020, the FDA finalized those six guidances and, at the same time, issued a new draft guidance for public comment, Interpreting Sameness of Gene Therapy Products Under the Orphan Drug Regulations.

Greenleaf summarized the draft guidances in a six part series in July and August 2018. This article highlights key changes made in each of the final guidances published in January in response to stakeholder comments received by the FDA. The article also reviews the new draft guidance, which provides the FDA’s view on determining “sameness” of gene therapy products for the purposes of orphan drug designation and orphan drug exclusivity.

The final guidance is similar to the draft guidance, but it does contain a few notable changes. One of the more significant changes is enhanced recognition from the FDA throughout the document that CMC information may be limited during early phases of an IND for a gene therapy product. The FDA acknowledged this in the draft guidance, but puts additional emphasis in the final guidance that sponsors should submit CMC information at the appropriate stage, using language such as “the Agency acknowledges that the information may be limited in the early stages of development and recommends that sponsors provide additional information and updates as product development proceeds.” The final guidance includes this sentence, or similar text, when discussing recommendations related to critical quality attributes (p. 5), manufacturing processes and process controls (pp. 10, 11, 41), control over the drug substance and drug product (p. 12), control of critical steps and intermediates (pp. 26 and 43), pharmaceutical development (p. 39), and purity testing (p. 48).

The final guidance also puts additional emphasis on the importance of a quality unit, providing examples of quality unit responsibilities, and explicitly noting that quality control testing and oversight should be separate from the manufacturing function (p. 52). This new language is an important reminder for many gene therapy companies that have their origins in academic laboratories and may not be familiar with the FDA’s manufacturing and quality regulations.

Other changes include further clarification on distinguishing the drug substance from the drug product (p. 6), new recommendations on establishing bacterial master cell banks (p. 22), and more clarity on the recommendation to submit a Quality Overall Summary in Module 2 of the eCTD (p. 5).

The final guidance provides sponsors of retroviral vector-based human gene therapy products with recommendations regarding testing for replication competent retrovirus (RCR) during the manufacture of such products and during the follow-up monitoring of patients who have received the product.

The final guidance very closely follows the draft. Almost no significant changes were made, with the exception of the addition of a new subsection generally discouraging RCR testing of vectors produced with a vector producer cell working cell bank (p. 5) and revised recommendations on assays for testing (pp. 7-8). The final guidance also adds a recommendation that sponsors communicate with CBER’s Office of Tissues and Advanced Therapies early and often during the course of product development regarding RCR testing (p. 3) and, like the draft, reminds sponsors that the guidance supplements the CMC and Long Term-Follow Up guidances (p. 2).

Because gene therapy products often achieve therapeutic effect by permanent or long-acting changes to the recipient, patients may be at increased risk of unexpected, and potentially undesirable, outcomes that may not be evident for many years after initial exposure. To gather data and better understand these outcomes, the final guidance provides sponsors of gene therapy products with recommendations for long-term follow-up of patients who receive a gene therapy product. The final guidance is remarkably similar to the draft guidance, with minor editorial changes and the addition of a new footnote clarifying that the guidance does not apply to vaccines for infectious disease indications, bacteriophage products, live biotherapeutic products, fecal microbiota for transplantation products, and allergenic products (p. 2).

In addition, in the section on study design, the final guidance includes a new discussion of biomarkers, noting that “efforts should be made early in the GT product development program to identify relevant biomarkers [footnote omitted] and to leverage all scientifically relevant information from published investigations of the disease of interest (or related diseases), to the extent possible” (p. 8). This will be important for sponsors of gene therapy products as they create drug development programs, particularly in light of modifications to the discussion of surrogate endpoints in the final guidance, which now states that for gene therapy products subject to accelerated approval, “data should, at a minimum, demonstrate a correlation between changes in the surrogate endpoint and a beneficial clinical effect” to show that the proposed endpoint is reasonably likely to predict clinical benefit (p. 11).

Lastly, the final guidance also now recommends placebo controls, when feasible, to facilitate the interpretability of safety and efficacy data (p. 7); states that study subjects may continue to take concomitant medications in certain circumstances (p. 8); and modifies the recommendations related to dose evaluation studies and considerations for repeat administration of a gene therapy product (p. 9).

However, the FDA made several significant changes to the Hemophilia Guidance, including significantly revising the recommendations related to efficacy endpoints. First, the FDA includes a discussion in the final guidance explaining that approval of gene therapy products for hemophilia could be based on factor activity levels if scientifically justified (and in fact, this may be a more desirable endpoint that the traditional, more subjective, endpoint of annualized bleeding rate [ABR]). However, scientific considerations currently limit the ability to use factor activity levels as validated surrogate endpoints that could support traditional approval. As a result, the FDA continues to recommend the ABR endpoint but remains “optimistic” that as data and reliable calibration methods improve, factor activity levels could support traditional approval (pp. 6-7). The agency also recommends that sponsors seeking accelerated approval of a gene therapy product based on factor activity levels provide evidence specific to their GT product that correlates factor activity levels with relevant clinical outcomes (e.g., through long-term follow-up of early clinical study subjects) and verify the product’s predicted effect on clinical benefit in a post-approval study with an ABR endpoint (pp. 6, 8).

In addition to those changes, the agency revised the recommendations for pediatric studies, encouraging sponsors to discuss pediatric plans with the FDA in the context of the “anticipated benefit-risk” profile of the product (p. 10), and it modified recommendations for statistical considerations (p. 11) and long-term follow-up (p. 12).

Under the Orphan Drug Act (ODA), a sponsor may request orphan drug designation for a drug, including a gene therapy product, intended to treat a rare disease (generally a disease that affects fewer than 200,000 patients) and, upon approval, may be eligible for seven years of orphan drug exclusivity (21 USC 360bb; 21 USC 360cc; 21 CFR Part 316). A drug will receive ODE only if the “same drug” has not already been approved for the same use or indication (21 CFR 316.3(b)(12)). The regulations define “same drug” for small molecules and large molecules, including specific definitions for proteins, polysaccharides, and polynucleotides, but do not elaborate on “sameness” with respect to gene therapy products (21 CFR 316.3(b)(14)). A drug will not be considered the “same drug,” even if it otherwise would meet the criteria, if the sponsor can demonstrate that it is “clinically superior” to the comparator drug.

The FDA has estimated that 70 percent of gene therapy INDS are for rare diseases, and there has been an increase in requests for orphan drug designations for gene therapy products over the last few years.1 Thus, the question of what qualifies as the “same drug” has become critically important to sponsors of gene therapy products as they develop drugs that are similar, but not identical, to treat the same disease or condition. The draft guidance provides the FDA’s current thinking on “sameness” with respect to gene therapy products.

Under the draft guidance, assuming two gene therapy products are intended for the same use or indication, the FDA’s determination of “sameness” will consider the “principal molecular structural features” of the gene therapy products, as it does for other large molecules under 21 CFR 316.3(b)(14)(ii). Importantly, the FDA states that it intends to consider transgenes and vectors when analyzing the principal molecular structural features, and it provides several examples to guide the industry. The following chart summarizes the FDA’s thinking.

The FDA also makes clear that it does not intend to consider two gene therapy products to be different drugs based solely on “minor differences” between their transgenes and/or vectors.

The draft guidance follows the FDA’s recent public thinking that “sameness” depends on both the transgene and vector component, rather than solely the transgene. The examples should provide some clarity for industry on the award of ODE and, as a result, the timing of follow-on products. Moreover, the draft guidance implies that orphan drug designation requests will contain important information for the FDA as it evaluates sameness and, thus, sponsors should pay particular attention to those requests, particularly for products that contain a viral vector in the same class as a previous product or for a gene therapy product that expresses the same transgenes and relies on the same viral vector as a previous product.

Kalah Auchincloss, J.D., M.P.H., is SVP of regulatory compliance and deputy general counsel for Greenleaf Health. She has more than a decade of food and drug legal, policy, and regulatory experience at the FDA, on Capitol Hill, and in the private sector. At Greenleaf, Auchincloss advises pharmaceutical and medical device companies on compliance, policy, and other issues. Before moving to Greenleaf, Auchincloss spent six years at the FDA, most recently as deputy chief of staff, but also serving in CDER’s Office of Compliance and Office of Regulatory Policy. You can contact her at kalah.auchincloss@greenleafhealth.com.